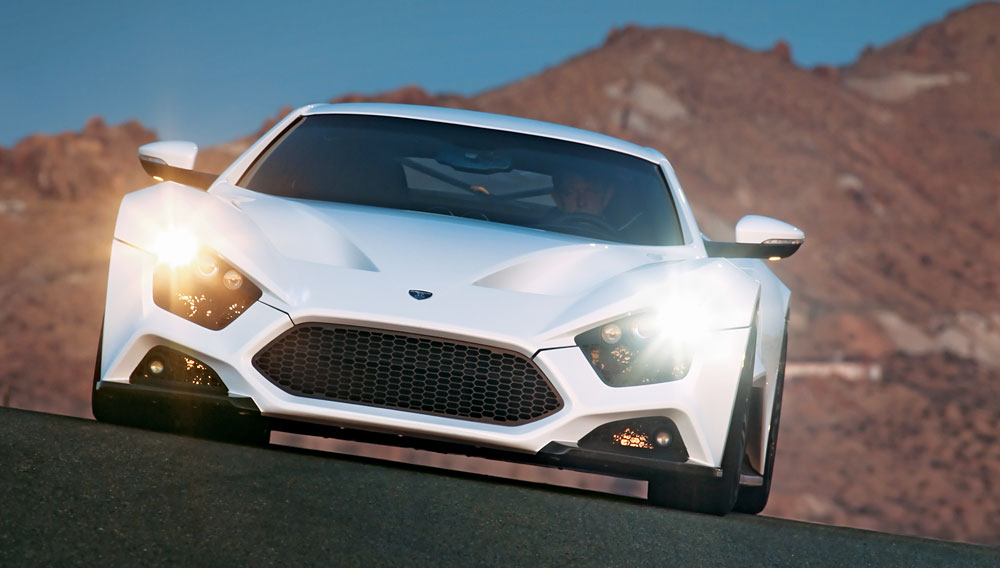 Fast as the Zenvo ST1 is—”ridiculously fast,” says Jesper Jensen, cofounder of Zenvo Automotive, the Danish company that builds the 233 mph supercar—it could be even faster. But Jensen had other priorities when he and automotive engineer and business partner Troels Vollersten began developing the ST1 eight years ago. “Most important is the design,” says Jensen, who started working on the car shortly after selling his IT company. “It should be a Danish-design car.” By this he means that the design had to suit the car’s function. “Our aim was never to be the world’s fastest car,” Jensen continues. “Our goal was to build a beautiful car that drives perfectly. It is fast, but we limited the speed so we wouldn’t have to compromise the design.”

To increase the car’s speed, Jensen says, the designers would have had to follow the wind-tunnel data’s dictate to soften the ST1’s “sharp angles and lines,” which evoke the 1980s-era supercars that he favors.

Zenvo, which is located in the small town of Præstø on the Danish island of Zealand, plans to build a total of only 15 examples of the ST1, including three for the U.S. market. The American edition, called the ST1 50S, is priced at $1.8 million.

The angular lines of the ST1’s carbon-fiber body panels are among several distinctive design elements. The hexagonal grille, flanked by raked air intakes, resembles a gaping, road-gobbling maw. The car’s rear looks equally menacing, with slightly slanted taillights positioned on either side of the large diffuser opening. The ST1’s combination of 19-inch front wheels and 20-inch rear wheels lends it an aggressive stance.

Aggressive and menacing also describe the mid-mounted 7-liter V-8, which is supercharged and turbocharged to provide a lag-free linear flow of power and a zero-to-60-mph time of 2.9 seconds. The engine is capable of generating at least 1,500 hp, but Zenvo has dialed back the power and allowed the driver to choose—using a rotary knob located on the console—between three maximum levels: 650, 850, and 1,250. The engine delivers its punch to the rear wheels via a 6-?speed manual or optional 7-speed F/1 paddle-shift gearbox.

The ST1 could not perform at full speed during a recent test-drive on the 2.5-mile road course at Willow Springs International Raceway, near Lancaster, Calif. The car had sustained damage to its front suspension during an earlier off-course excursion. Nevertheless, it handled well and delivered a ride that was not overly stiff and was without rattles or vibrations. On the track’s back straight, with the console knob turned to full power, the ST1 catapulted down the track, though it was only in fourth gear. It felt as fast as a Bugatti Veyron, one of the few cars with comparable pricing and exclusivity.