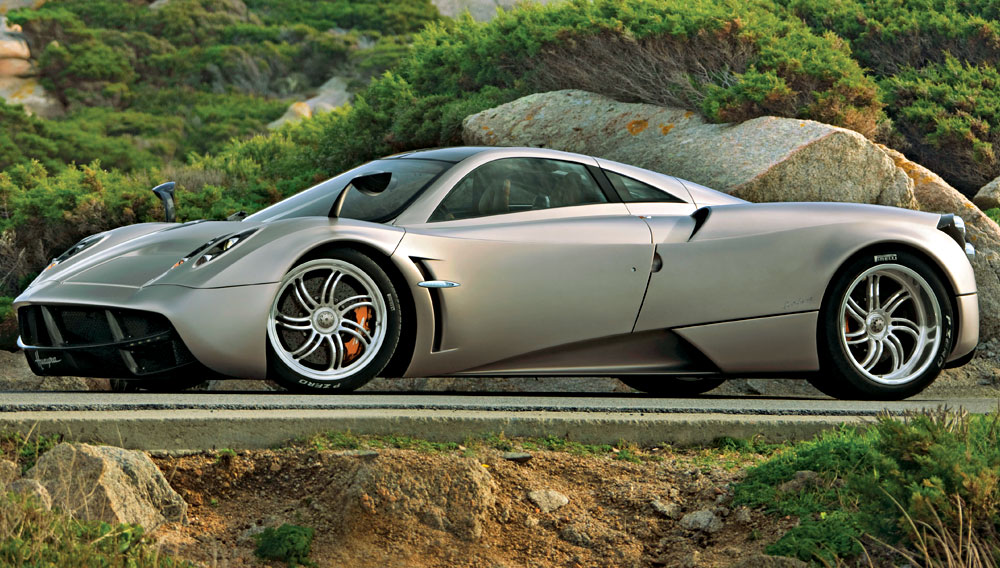 Good news for America’s children and vertically challenged who are going to ride shotgun in the Pagani Huayra: You will be able to do so without fearing harm from the car’s passenger-side airbag. But while Pagani tests a child-safe airbag for its $1.2 million, 700 hp supercar, the handful of U.S. drivers planning to become Huayra owners by the end of 2012 will have to wait at least one more year before taking delivery of their vehicles.

At the U.S. debut of the Huayra (the name—pronounced WHY-ra—is that of an ancient Andean wind god) in August at the Art Center College of Design in Pasadena, Calif., company founder and owner Horacio Pagani noted that the car’s future will be secure “as long as people have a joyful child inside them.” The day before, the National Highway Traffic Safety Administration had blocked the impending importation of the car because a child—or short adult—might not be safe inside; in a collision, the NHTSA determined, the passenger-side airbag of the two-seater would deploy with too much force.

Claiming that compliance would create economic hardship, Pagani applied for an exemption from federal safety regulations requiring child-safe airbags, which sense the weight of the seat’s occupant and deploy with the appropriate power. The NHTSA denied Pagani’s request. Pagani, essentially a family-owned company based in Modena, Italy, has about 50 employees and has built only 130 cars—various road-going and racetrack-ready iterations of the Zonda—since 1999. The company planned to produce only five Huayras this year and 10 annually beginning next year.

The Zonda, which in road-going form is equipped with a nearly 600 hp engine that enables it to accelerate from zero to 60 mph in less than four seconds, is not and was never intended to be street legal in the United States. However, Pagani developed the Huayra—over a period of seven years—specifically to meet U.S. safety standards.

Like the Zonda, the Huayra is extreme in both appearance and performance. Made of carbon titanium and weighing less than 3,000 pounds, the Huayra can rocket from zero to 60 mph in less than 3.5 seconds and reach a top speed of more than 230 mph, according to the company. Power comes from an AMG-assembled V-12 paired with an Xtrac racing-derived single-clutch sequential 7-speed gearbox. The car’s aerodynamic shape enables it to hug the ground, and when the Huayra is in a turn, computer-actuated flaps at each corner of the car rise according to the vehicle’s speed and steering angle to provide additional downforce.

Pagani dealerships in Los Angeles and San Francisco began taking orders for the Huayra in the summer, and the company was planning to open dealerships on the East Coast near the end of this year.

Despite his supercars’ capabilities, Pagani claims they are built for everyday driving. At the Pasadena event, he cited as evidence a customer who has put more than 60,000 miles on his Zonda. Alas, the NHTSA apparently concurs with Pagani about the Huayra’s utilitarian qualities, for everyday driving sometimes involves transporting a child.