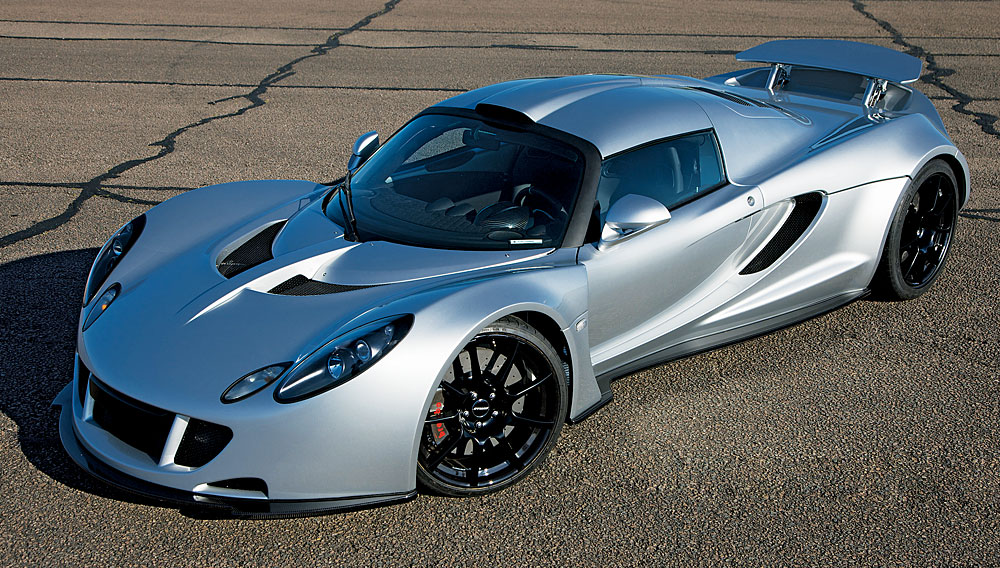 Brute force has worked well for Hennessey Performance Engineering, the Texas tuner offering a lineup of such hairy-chested, speed-record-busting American muscle cars as an 800 hp Challenger and a 1,000 hp Camaro. However, the man who runs the company, John Hennessey, also understands the power of a light touch.

Four years ago, in a supercar showdown on a runway at a naval air station in central California, Hennessey’s 1,100 hp twin-turbo Viper rocketed from zero to 200 mph in 20.3 seconds, besting its closest competitor, a Bugatti Veyron 16.4, by nearly four seconds. As much as he relished those results, Hennessey, who runs his business out of a 30,000-square-foot shop near Houston and has another facility in Lake Forest, Calif., was not fully satisfied with the Viper’s performance. “I was thinking a few weeks after that event that we can always add more power,” he explains. “But what was holding us back was the weight of the car. The Viper weighs about 4,100 pounds. So it was a question of what can we build to get the weight down. The Lotus kept popping into my brain.”

When thinking of lean vehicles, one naturally considers Lotus, a brand whose founder, Colin Chapman, built cars according to his “performance through lightweight” ethos. Though Chapman is gone, his influence remains, as evidenced by the 1,984-pound Lotus Elise roadster and the only slightly heavier Exige coupe. Either serves as the base for the Hennessey Venom GT, a new $895,000, 1,200 hp supercar that will have a production run of only 29 vehicles.

Although the Venom GT still resembles a Lotus, Hennessey retains only a few parts from the original: the windshield, doors, roof, floor, dash, and various trim pieces. The car also incorporates the Lotus cockpit but features an all-new space frame, suspension, and aero-friendly carbon-fiber body that is two feet longer and a foot wider than that of the Elise or Exige. The suspension increases track width by almost six inches in the front and seven inches in the rear and features adjustable coil-over dampers. The wheelbase is stretched nearly 14 inches to provide better balance and to accommodate a Ricardo 6-speed manual transmission and a twin-turbocharged Chevrolet V-8 engine.

As for the Venom’s zero-to-200-mph time, Hennessey has clocked it at 15.9 seconds—more than four seconds faster than the Viper’s winning mark. This is the benefit of having a 1,200 hp engine and each horse hauling only 2.2 pounds.