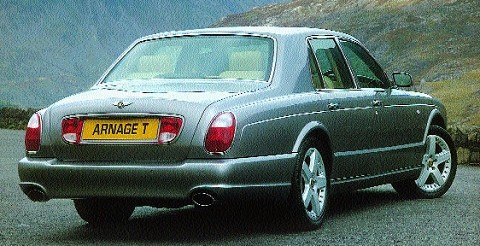 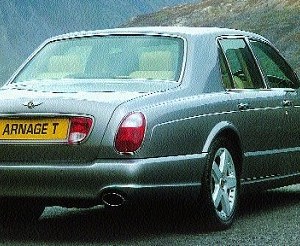 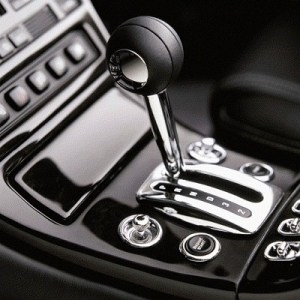 The patriarch is moving out, community assets have been divided, and it is all over but the garage sale as Rolls-Royce Motor Cars and Bentley Motors end their 71-year marriage. After a three-year transition involving negotiations more complicated than those for the Gadsden Purchase, a resolution has been reached: Rolls-Royce, 98, a stolid and inimitable British hallmark, carrier of royalty and the richest, moves to Goodwood in southern England in December to begin its new life with BMW. Bentley, 82, always the faster and racier partner, will keep the family’s historic and stately plant at Crewe and continue as a division of Volkswagen.

And, yes, there will be an estate sale. Bronze plaques commemorating the homilies of founder Sir Henry Royce (“Nothing is good enough; there is always a way to make it better”) are being pried from the factory walls and will be sold at a charity auction later this year. Crested stationery and door signage, coffee mugs and ashtrays, everything surplus and anything bearing the Rolls-Royce logo will go under the hammer. If there are bidders—and if local preservationists fail to have it declared a historic landmark—even the plant’s monogrammed water tower will be sold.

Meanwhile, production orders for the last Rolls-Royce sedans and convertibles to be assembled at Crewe—home for both companies since 1938—have dwindled to fewer than 100. On Bentley’s side of the building, however, business is better than usual, with full focus on April’s launch of the 2002 Arnage T. It is the latest in a long line of velvet heavyweights and a true Blower Bentley with the emphasis on blinding performance.

Or, as Adrian Hallmark, Bentley’s director of sales and marketing, describes it: “We believe that Bentley has always been a very paradoxical brand. It is relaxation and exhilaration, it is Martin Brundle at Le Mans and the queen driving down Pall Mall.”

All gushing aside, the Arnage T is a definitive piece of machinery. With twin Garrett turbochargers bolted to a fully redeveloped 6.75-liter V-8, the car produces 450 hp and a monumental 645 ft lbs of torque. That’s more power than any other luxury car. It sprints from zero to 60 in 5.5 seconds—close to Corvette numbers—and with a top speed of 168 mph, the Arnage T is the quickest street Bentley ever and the world’s fastest production four-door.

All this power is, of course, accompanied by carpeting thick enough to conceal loose change, some token hand stitching to tell the world that Bentley artisans are still protecting their diminishing art, and an overall sense of understated elegance that says this is British luxury as it has always been: unique, classic, and the apogee of automotive ambience.

To ensure that buyers know this whispering tank (weighing close to three tons, which is heavier than two Honda Accords) is as much powerhouse as Apsley House, Bentley has added numerous sporting subtleties to the Arnage’s interior. There’s an optional dashboard of engine-turned aluminum and drilled pedals that allude to the racing Bentleys of Brooklands and Le Mans in the 1930s. The console-mounted shifter has a knob fat enough to fit the fist of Randy Johnson, and there’s an old-fashioned starter button. Externally, the car wears speed-rated Pirellis on handsome 18-inch, five-spoke alloy wheels. The grille is mesh, like the ones on those racing Bentleys of yore, and a spoiler flows into the rear deck so gently that it almost disappears.

Granted, these trimmings serve little purpose beyond establishing an athletic aura, yet there is no pretension to their presence, and each light touch endorses the vehicle’s dual moods of opulence and performance.

Underneath its stylish silhouette, the Arnage T has a stiffer frame, dual-mode transmission, a new camshaft, and a revised valve lift. Bentley has added a Bosch engine management system and tougher heads to manage higher cylinder pressures to a re-engineered V-8. And Bentley has finally caught up with the rest of the auto world by equipping the T with an Electronic Stability Program (ESP) to perform throttle and brake adjustments should minor handling crises start to exceed a driver’s ability.

All of this produces measures of response, control, power, and stability that border on the supernatural for a car of this size and weight. Frankly, no Bentley will outhandle a Subaru WRX on twisty roads because this is a saloon (British for sedan) built for grand touring, not great dueling. It brings to mind the story of the dancing bear: It’s not a question of how well it dances; the wonder is that it dances at all.