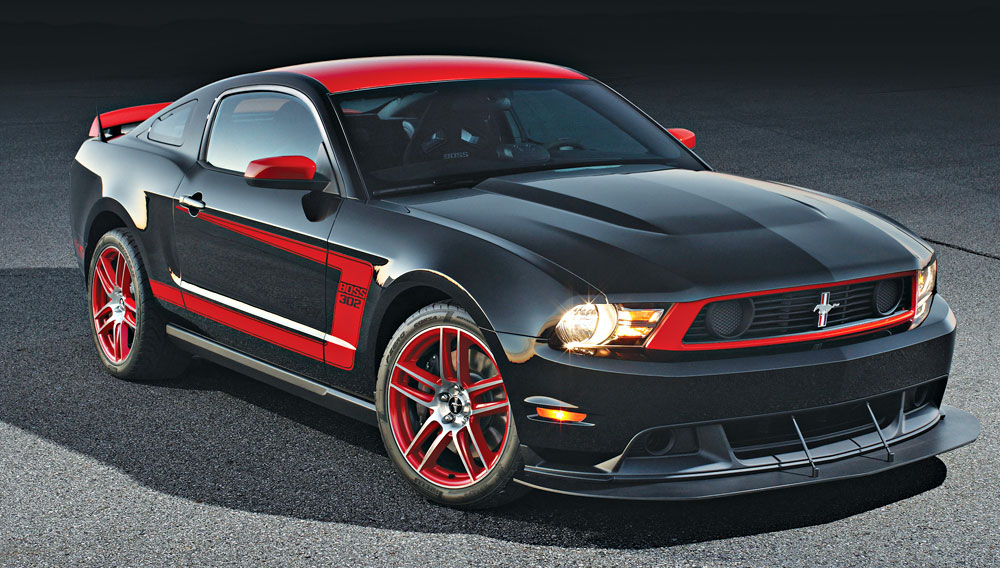 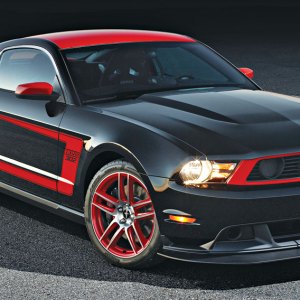 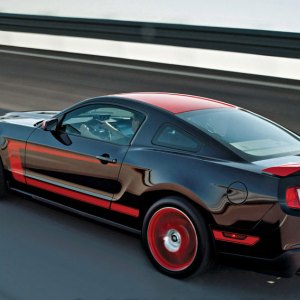 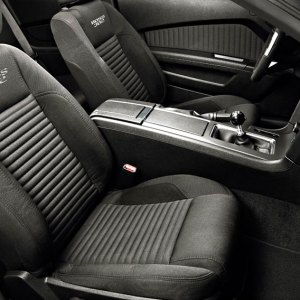 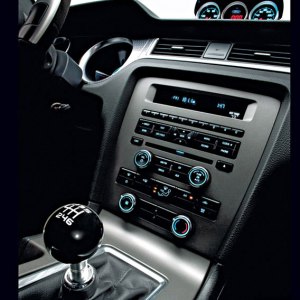 Over the years American automakers have produced various contemporary versions of legendary cars that seem like little more than exploitative sequels to those who fondly remember the originals. But the 2012 Ford Mustang Boss 302 distinguishes itself from badge-engineered remakes. Not only does it demonstrate Ford’s respect for the original’s purity of purpose, it is the most refined Mustang ever made.

Refined might not be the first word that comes to mind when thinking of a Mustang, but a drive in the new Boss should convince anyone that this is a sports car in the truest sense of the term, offering both high performance and precise handling. BMW M3 drivers will appreciate, respect, and likely covet this car.

When Carroll Shelby’s Mustang GT 350 won the SCCA B Production championship in 1965, it signaled that the Mustang model—introduced by Ford a year earlier—was, in Shelby’s words, much more than “a secretary’s car.” By 1969, Ford had turned its attention to SCCA Pro Trans-Am racing, competing against Chevrolet, Plymouth, and AMC with the then-new Boss 302 (see “Pony Express,” page 24). Ford produced about 8,000 examples of the street-version Boss 302 from 1969 to 1970 to homologate its 302 cu in V-8 for competition.

The new Boss’ 7,500 rpm, 5-liter engine is plenty potent. Based on the current Mustang GT’s V-8 but with revised induction, hotter camshafts, and remapped electronics, it generates 444 hp and 380 ft lbs of torque. A beefy—if somewhat balky—6-speed manual transmission delivers that power to the rear axle, and a side-and-rear-exit quad exhaust signals the Boss’ coming and going.

Handling is where the Boss 302 really shines, shattering preconceptions of a nose-heavy, unibody Mustang hindered by a primitive live rear axle. Balanced and nimble, the Boss benefits from an upgraded manually adjustable front suspension, steering with three feedback settings, and traction and stability-control systems. The brakes are serious and superb.

The Boss 302 we drove included the $7,000 Laguna Seca package, which is intended for weekend racers and named for the Northern California track where the original Boss 302 won the season-opening race of the 1970 Trans-Am Series. The enhancements, which raise the car’s price to nearly $48,000, include special graphics, a silver-and-red or black-and-red paint scheme, red 19-inch aluminum wheels, and R-compound tires. A rear spoiler and a foot-deep front air splitter do aerodynamic duty. The Laguna Seca’s interior telegraphs the intentions of the engineers, who removed the rear seats and replaced them with a massive X cross brace to stiffen the chassis.

Even those whose affections lie with European exotics seem to have a soft spot for the Ford Mustang, the first of America’s pony cars. And if there is one modern Mustang to own—and drive—the Boss 302 is it.