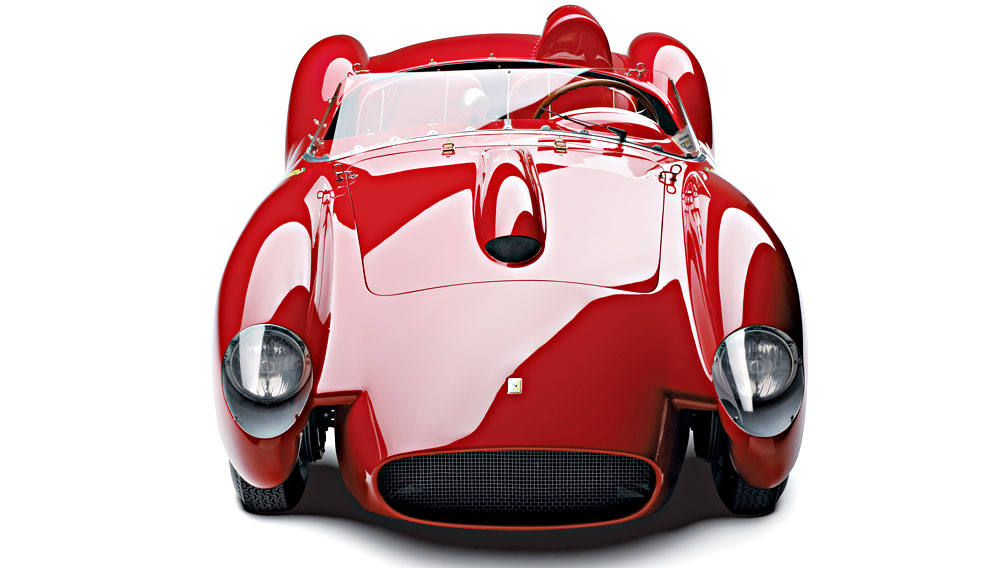 Ralph Lauren’s cars caused a stir in the art world six years ago when they were displayed at Boston’s Museum of Fine Arts. Critics questioned whether automobiles, even ones as prized as Lauren’s, belonged among the museum’s collections of sculptures, antiquities, Monets, and Old Masters; naysayers found dubious the very idea of the car as an art form.

But if any such objections linger, the name of the Lauren exhibit opening in Paris confronts them. The Art of the Automobile: Masterpieces from the Ralph Lauren Collection will be shown by the Musée des Arts Décoratifs April 28 through August 28. “By staging this exhibit within the Musée des Arts we show there is no difference between a superbly crafted automobile and other forms of fine art,” says Rodolphe Rapetti, chief curator of French museums and the curator of The Art of the Automobile. “They are all works that people can relate to on a profound, emotional level.”

“The challenge was to capture each of the cars as a unique, exceptional piece built for speed and competition,” says Rapetti. “I decided to focus on those elements that made each of the cars avant-garde in its time and left you with a feeling about the car.”

One of Rapetti’s favorite cars is the Bentley Blower, so called for the supercharger beneath its bonnet. “It was not built to be beautiful,” says Rapetti. “It looks primitive and mechanical. The engine was mounted up high, as if defying the wind. You needed muscle to drive it.”

Conversely, Lauren’s Ferrari 250 Le Mans, a shapely vehicle that racing legend Jackie Stewart drove to victory in a 1966 endurance event, did not sacrifice beauty for performance. “Its curves are so fluid, so graceful,” says Rapetti. “You would feel much safer in this car than in the Bentley. It is from an era when finally they had brakes that worked. But most importantly the LM marks the changeover from front-engine to mid-engine design, when a V-12 is placed right behind the driver’s seat.”

Last year, Parisians were treated to another Ralph Lauren opening: That April, the company’s French flagship store debuted in a 17th-century limestone townhouse on the Boulevard Saint-Germain. The building also houses Ralph’s, the designer’s first restaurant in Europe, and a watch salon that carries Ralph Lauren–branded timepieces, most of which are equipped with movements made by Jaeger-LeCoultre or Piaget.

Among the latest additions to the Ralph Lauren Sporting Watch Collection, one of three lines of Lauren timepieces, is the Ralph Lauren Automotive Watch, a $13,200 model featuring a movement made by IWC, an elm burl wood outer dial, and a galvanized matte black inner dial with beige Arabic numerals. The dial design references the wood dashboard and beige-on-black gauges of Lauren’s 1938 Bugatti Type 57SC Atlantic Coupe, perhaps the most renowned car in his collection.

The Bugatti, one of only two that still exist, will be showcased in the Paris exhibit. It won Best of Show at the 1990 Pebble Beach Concours d’Elegance, and in 1997 it was named “the most beautiful car in the world” by a panel of automotive writers, designers, and historians who certainly considered the Atlantic a work of art.