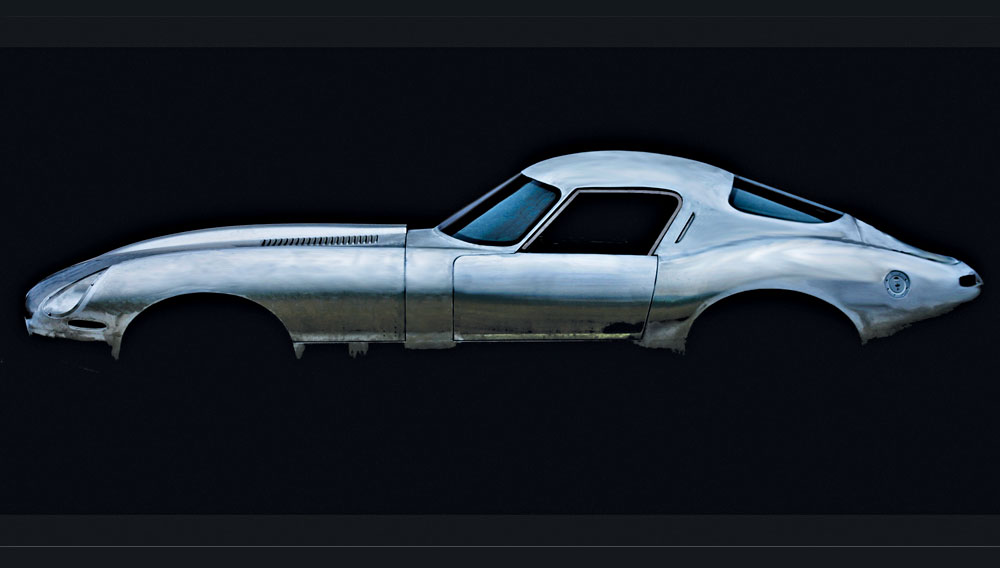 If one of the rarest and most desirable supercars of the past were updated to offer modern levels of speed, handling, and comfort, the resulting vehicle ought to be fantastic. The Jaguar E-Type Low Drag GT by Eagle, the first of which is presently being built, might be such a machine.

The Low Drag GT is based on Jaguar’s E-Type Low Drag Coupe racecar prototype from 1962. Jaguar built only one example of the vehicle—essentially a lighter and more powerful version of the E-Type—though two standard E-Type roadsters were later modified to its specs. (All three cars still exist.)

Eagle is a British company that since 1982 has been providing Jaguar E-Types with sympathetic and authentic restorations and with what the company terms “sensible upgrades.” These include a variety of improvements to enhance the original cars’ comfort and speed without compromising their appearance or character. More recently, Eagle has begun producing the Speedster, an updated and upgraded re-creation of the 1960s-era Series 1 E-Type roadster.

For its Low Drag GT, Eagle has taken a standard Series 1 E-Type and replaced its body with one that is more streamlined and made of aluminum, as the converted Low Drag Coupes were. For the benefit of the driver and passenger, however, the Eagle’s body is not an exact replica of the original. It is longer and its floors are lower, allowing for a cabin with more legroom and headroom.

Eagle is also enhancing the suspension and brakes, and adding trunk space, air conditioning, and a larger fuel tank. Perhaps most important, it is offering the Low Drag GT with an optional, updated version of Jaguar’s famous twin-cam inline-6 engine. It is made of aluminum and develops approximately 320 hp and 360 ft lbs of torque from its 4.7-liter displacement. (The standard version comes with the original 4.2-liter engine block.) Eagle can replace the notoriously problematic Jaguar fitments with modern sequential fuel injection and an electronic ignition, both of which are options. An original E-Type chassis would be hard-pressed to cope with a power-to-weight ratio nearly equal to that of a modern Porsche 911 Turbo, but the Eagle’s chassis handles such power in stride.

“The GT is probably the most exclusive hand-built car in the world,” says Eagle owner Henry Pearman. The car’s price reflects that exclusivity: £595,000 (about $939,000 in mid-October). That price excludes options and special requests by the owner. Eagle does not operate any dealerships; Pearman prefers that customers come to the company’s factory in East Sussex so that each commission—whether it is for a GT or a Speedster—”is genuinely tailored to a client’s precise wishes.” In addition to means, a client must have patience. The company expects that it will take more than 7,000 hours to complete a GT, thus the wait between placing an order for the car and taking delivery can be 18 months.