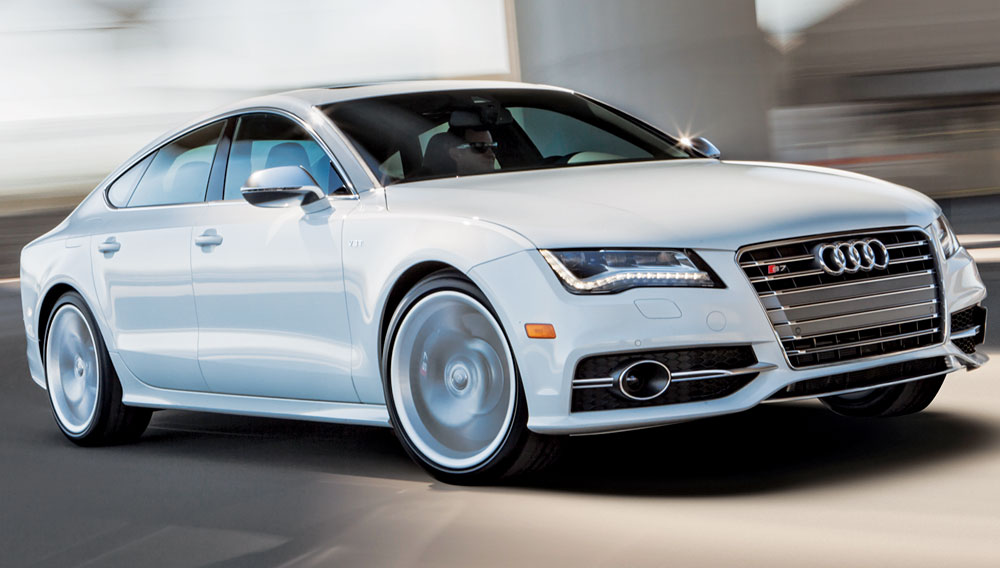 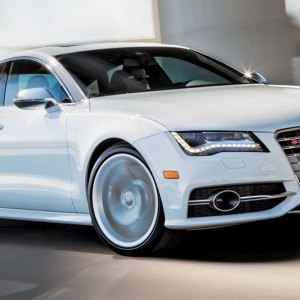 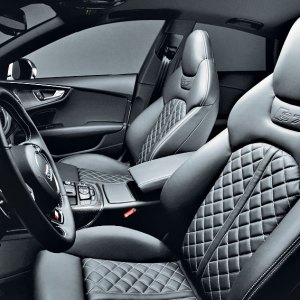 Audi evidently believes in the rule of three, which holds that it is best and most effective to present things in threes, whether they are animals in a fairy tale, clerics in a joke, or unalienable rights in a historic document. For the 2013 model year, Audi is offering new versions of three S models: the S6 and S8 sedans and the S7 four-door hatchback. Each is a high-performance variant of its corresponding A model.

The new S models are technologically innovative, impressively fast, and intoxicatingly fun. But when all three were driven along coastal and canyon roads in Southern California over the course of an eight-hour day, the $78,800 S7 proved—to borrow a phrase from “Goldilocks and the Three Bears”—just right. It represents the most balanced combination of performance, style, and everyday usability.

The S7 is powered by a 4-liter, twin-turbocharged V-8 that produces a respectable 420 hp and 406 ft lbs of torque. The car’s interior is impeccable. It includes quilted-leather seats that seem to have been lifted from a Bentley Continental GT, and a center stack and driver displays that are perfectly positioned. Active engine mounts under the hood quash engine vibrations, and an active noise-cancellation system inside the cabin nixes unwanted sounds. The S7 also is equipped with Audi’s Multi Media Interface, which combines the car’s information and entertainment components in one operating system. Audi Connect technology includes Google Earth navigation and wireless Internet connection for as many as eight devices.

Equipped with Audi’s Quattro all-wheel-drive system, the S7 feels poised at all times, ready to take on harrowing corners or treacherous road conditions. The car inspires confidence in every situation, daring the driver to test its limits. The 7-speed dual-clutch transmission shifts seamlessly and swiftly in automatic mode, and it also allows the driver to select gears using the paddle shifters that are mounted to the steering wheel.

Audi has developed an engine system that enhances fuel economy without compromising the S7’s sportier characteristics—the car reaches 60 mph in 4.7 seconds. When the S7 is cruising on the highway, the engine will deactivate four of its eight cylinders, enabling the car to achieve an estimated 27 mpg.

The S7 is just the latest offering in the A7 model line. Later this year, Audi will begin delivering the new RS 7 to U.S. dealers. The arrival of this 560 hp monster should complete another trifecta for the company.