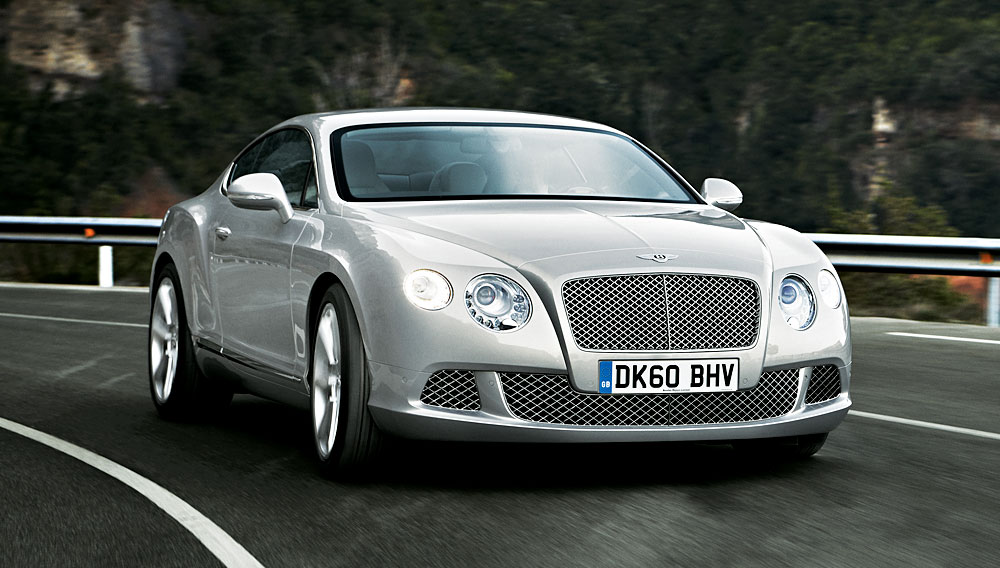 Judging from the bridled alterations that Bentley has made to the original Continental GT, the automaker knows not to mess with success. Before the first-generation model arrived in showrooms in 2004, Bentley sold roughly 1,000 cars worldwide annually. A year later, annual sales skyrocketed to more than 6,500 cars—most of them Continental GTs. As Bentley added the GTC, Flying Spur, and Supersports variants, sales continued to soar, making the Continental GT the 92-year-old brand’s best-selling car ever. Small wonder that Bentley waited seven years before introducing this second-generation GT, and that it looks so similar to the first generation.

The more obvious design changes to the new, $190,000 GT—a larger, more upright grille and more pronounced rear fenders that accentuate the car’s wider stance—lend a greater element of aggressiveness to the car’s visage. “When you look at the original concept, it has a level of feminine softness to it,” says Robin Page, Bentley’s head of interior design. “We designed the new GT to have a more modern, muscular feel.”

Seamless body panels also are a distinguishing feature of the new GT. Bentley creates the panels using a new technique called superforming, during which large single sheets of aluminum are heated and then shaped with air pressure.

The car’s subtly sportier look comes with added brawn. The new Continental GT employs the same W-12 engine and all-wheel-drive platform of its predecessor and also reaches a top speed of 198 mph, but it offers more power—567 hp versus 552 hp. The new car, which Bentley soon will offer with a relatively fuel-efficient V-8, is also 143 pounds lighter, making its 516 ft lbs of torque all the more evident: The GT shoots to 60 mph in just 4.4 seconds, though it still weighs more than 5,100 pounds. The first-generation version, with 479 ft lbs of torque, accelerated from zero to 60 mph in about 4.6 seconds.

Like all of the vehicles in Bentley’s stable, the Continental GT can perform such breakneck feats without fazing its occupants. The car’s wider stance affords a level of control and stability that is unique among GTs, and its interior is as opulent as one would expect from a Bentley. In addition to the brand’s trademark chrome, wood veneers, and hand-stitched leather, the cabin contains all-new seats that cradle passengers and offer rear-seat riders a few more precious inches of legroom.

“We listened to our customers when developing the new GT,” says Page. “They wanted more interior room and storage space, which we gave them. But at the end of the day it still had to capture the spirit of the original. I think we’ve managed to achieve that.”