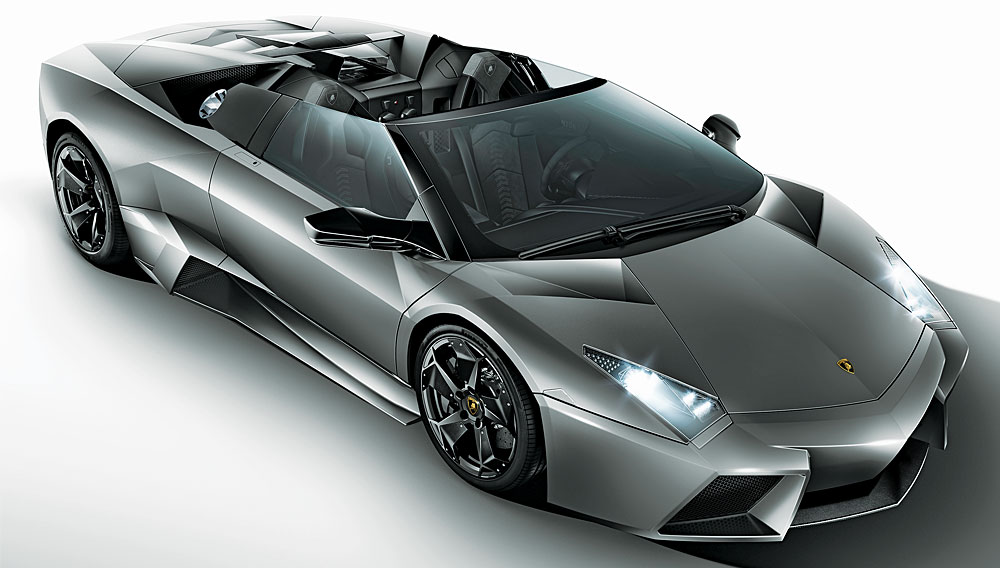 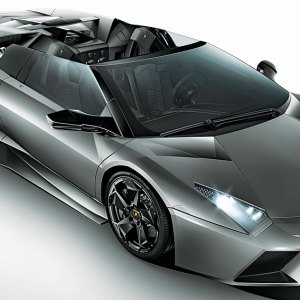 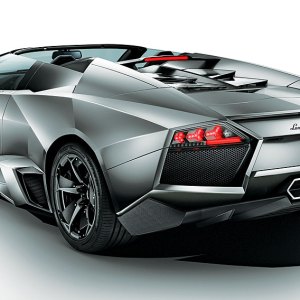 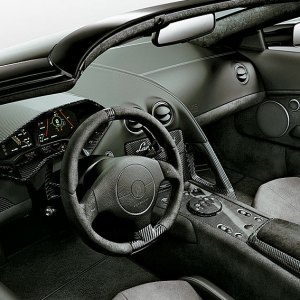 Some vocalists give their most electrifying performances during the encore. Such a performer is Lamborghini, whose second Reventón model, the Roadster, dazzles the ears and eyes. Resembling a wingless fighter jet, the Reventón Roadster has taken the automotive stage with a combination of power and precision that makes most other supercars seem like mere members of the chorus.

A glance at the engine through the four glass windows on this sleek machine’s rear deck suggests that, in describing the car as merely fast, Winkelmann is guilty of a gross understatement. The roadster is powered by the same hand-assembled 6.5-liter 12-cylinder engine as the coupe. The mid-mounted V-12 possesses the most outrageous sound track; and with its 670 hp and 487 ft lbs of torque, the roadster rockets to 60 mph in just over three seconds and claws its way to a 205 mph top speed—where conditions allow, of course. The rear spoiler deploys at 80 mph to increase downforce (and alert any sharp-sighted traffic officers) and then rises to a steeper angle at 136 mph for enhanced high-speed stability.

Like the coupe before it, the roadster is a masterpiece of carbon-fiber technology: The central passenger tub is made from carbon fiber, as is the stealth fighter–like bodywork. Indeed, the chassis of the Reventón coupe was so stiff and strong that, when the roof was removed to adapt the platform to a roadster configuration, only minimal reinforcement was required to maintain its dynamic integrity. As a result, the roadster weighs in dry at about 3,725 pounds—a mere 55 pounds heavier than the coupe.

Like its extraordinary bodywork, the roadster’s two-seater cockpit looks as if it were lifted from a supersonic jet. The driver faces a trio of advanced liquid-crystal displays that can present information in the form of traditional analog dials or as a series of illuminated graphics. A somewhat daunting g-force meter occupies a prominent position on the dashboard.

The Lamborghini’s 6-speed, e-gear paddle-shifted manual transmission has three settings: Normal; Corsa, for white-knuckled driving on a track; and Low Adherence, for maneuvering in such low-friction conditions as might be found in a gravel trap, for instance, a few seconds after the Corsa option has been selected.

Racetrack-tuned double-wishbone suspension, a tight all-wheel-drive layout, and quick-witted steering combine to make the most of the roadster’s formidable power plant. The chunky 6-pot calipers equipped with 15-inch ceramic brake discs manage the car’s voracious appetite for speed. Even so, should one get into real trouble, the two pop-up safety bars concealed behind the roadster’s two seats deploy in milliseconds in the event of an imminent rollover.

All of the production for the $1.57 million Reventón Roadster will take place at Lamborghini’s plant in Sant’Agata Bolognese, Italy, though very few individuals will have the opportunity to experience this fast-driving diva firsthand. Says Winkelmann, “Fewer than 20 Lamborghini friends and collectors will be able to own this extraordinary car.”