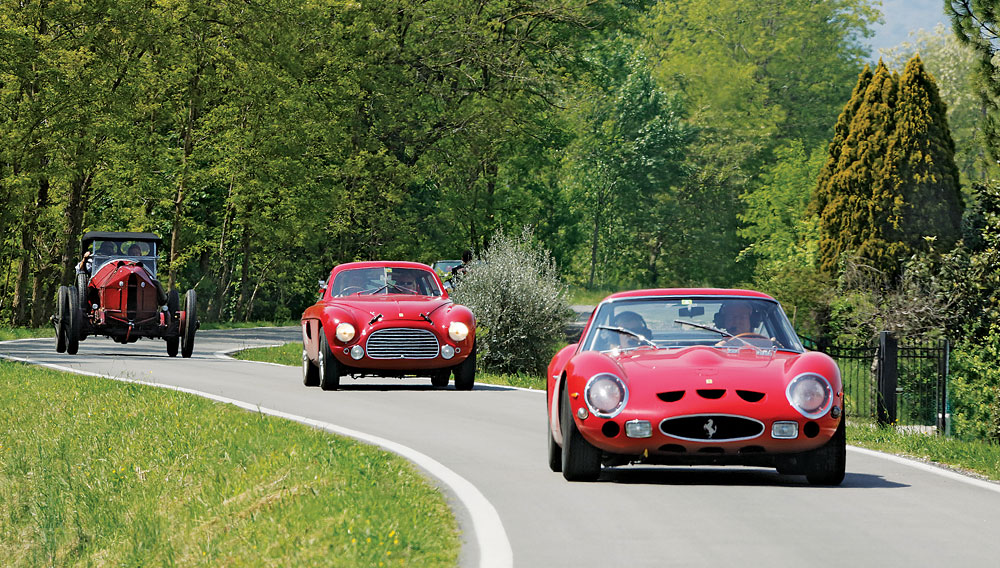 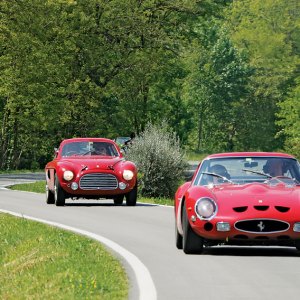 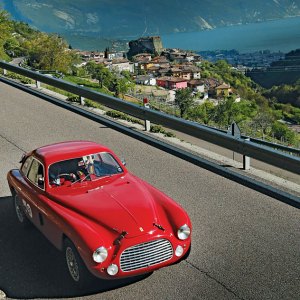 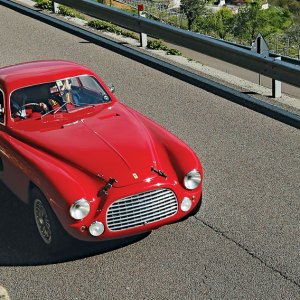 Bill Evans’s 1913 Isotta Fraschini Tipo IM fared better in the Alps this spring than it did in Indianapolis 99 years ago. Isotta Fraschini, an Italian manufacturer that produced automobiles in the first half of the last century, built three Tipo IMs to compete in the 1913 Indy 500, including the one that now belongs to Evans, a hotelier and car collector from San Diego. However, mechanical problems prevented any of the trio from finishing the race.

In the Louis Vuitton Classic Serenissima Run, it was a different story for the Isotta Fraschini, the oldest car among the 43 that competed in the four-day rally held in late April. To the surprise of many, including Louis Vuitton consultant Christian Philippsen, who helped organize the event, the Tipo IM completed the 870-mile trek from Monte Carlo, Monaco, to Venice, Italy—though the combination of the car’s open-air design and the region’s inclement weather no doubt created some challenging moments for Evans and his wife, Susan, who served as navigator. “[The Tipo IM] delivered quite a performance over passes more than 2,000 meters [6,562 feet] high, and through snow and rain,” said Philippsen, “and the husband-and-wife team are still friends.”

The April event was the seventh classic-car rally that Louis Vuitton has organized over the past two decades. The first, in 1993, took drivers through Malaysia. Subsequent rallies traversed Tuscany (in 1995) and Eastern Europe (in 2006). Louis Vuitton has yet to announce where and when the next rally will take place but expects to do so by the end of this year.

For the April run, Philippsen received about 120 applications from around the world; from those submissions he selected the car enthusiasts and collectors who he believed would develop a strong camaraderie during the event. The driving teams, most of which were husband-and-wife duos, represented 13 countries and four continents.

As in other classic-car rallies, the Louis Vuitton–series drivers compete in different classes and attempt to complete the legs of the course at predetermined average speeds. The drivers receive penalty points for deviating from those speeds. Those with the fewest penalty points at the end of the rally are the victors. The Serenissima winners included the drivers of a 1923 Bugatti Type 23 Brescia Modifie (Pio­neers class), a 1937 Lagonda LG45 Rapide roadster (Bentley Boys class), and a 1938 Bentley 4¼ Litre Coupé (Coach­builders’ Golden Age class).

Louis Vuitton ensured that this was a most civilized event by including stops at top hotels and restaurants. The run concluded with an extravagant ceremony on Venice’s San Giorgio Maggiore island, to which the cars were ferried. There they were displayed against a backdrop of the Grand Canal and Piazza San Marco.

Louis Vuitton’s association with automobiles and motorsports began in 1894, when Georges Vuitton, son of the company’s founder, attended the Paris–Rouen race, which is considered the world’s first automobile race. He recognized the potential for luggage trunks that could complement this new mode of transportation. In addition to producing monogrammed trunks and other luggage for automobile owners, Louis Vuitton fulfilled high-profile custom orders, including one in 1907 for Charles Godard, who was preparing his Spyker for that year’s Peking to Paris motor race. In 1924, Louis Vuitton made 150 luggage pieces for the vehicles in André Citroën’s Black Cruise expedition from Algeria to Madagascar. For the vehicles in the Yellow Cruise, a 1931 Citroën-led expedition from Beirut to Peking, the company produced travel beds, chairs, toilets, and tool trunks.

Louis Vuitton continued its connection to long-distance driving with the Serenissima run, during which company chairman and CEO Yves Carcelle was impressed by the designs and the engineering of the automobiles, but even more so by the spirit of their owners. “They put money and time into their passion,” he said. “They seek the best cars, restore and maintain them, and want to share them with the public. It isn’t just for them.”