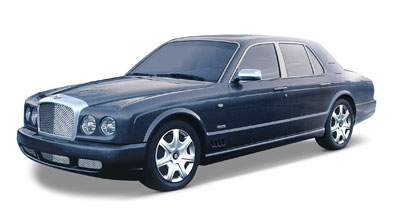 On a March evening in 1930, Woolf Barnato, heir to a South African diamond fortune and chairman of Bentley Motors, was attending a dinner party aboard a yacht moored near Cannes, France, when he presented a preposterous wager. Conversation at the soiree had turned to a rival automotive manufacturer’s claims that its latest model was faster than France’s famously swift Le Train Bleu. A guest posed the question of whether an automobile could defeat the locomotive in a race following its route from Cannes to Calais on the English Channel. Barnato, an audacious sportsman and savvy marketer who, as one of the original Bentley Boys, had driven the winning car at two consecutive 24 Hours of Le Mans races (and in June of 1930 would claim his third straight title), upped the ante, betting £200 that his Mulliner-bodied Speed Six could reach his London social club on St. James’s Street before the Blue Train reached Calais.

The following afternoon, at 5:45 pm, the Blue Train and Barnato’s Bentley departed from Cannes. Heavy rain impeded the progress of Barnato and his codriver during the first 185-mile leg to Lyon, and they became lost while searching for a preappointed fuel stop near the provincial town of Auxerre. Additional obstacles included dense fog near Paris and a flat tire that necessitated enlisting the Speed Six’s sole spare. Still, the Bentley and its copilots reached Calais, 570 miles northwest of Cannes, at 10:30 the next morning and boarded a steamer ship to Dover. Once on English soil, they charged through the remaining 80 miles and reached London’s Conservative Club at precisely 3:20 pm. Le Train Bleu arrived in Calais four minutes later.

Barnato’s victory over the Blue Train not only increased his bank balance by £200, but, like other on- and offtrack escapades of the Bentley Boys, soon became a selling point for his company’s cars. Seventy-five years later, Bentley chairman and CEO Franz-Josef Paefgen is commemorating Barnato’s triumph (and, perhaps, saluting his marketing savvy) with the introduction of the Bentley Blue Train Arnage, a special-edition vehicle based on the 450 hp Arnage R.

Bentley is unveiling the Blue Train in August at the third annual Quail, an automotive event held during Pebble Beach Concours weekend in Carmel Valley, Calif. Finished in Black Sapphire paint with an Ochre leather interior, the show car is one of only 30 Blue Trains that Bentley plans to build, all of which are being reserved for the North America market. Still, if the occasion arises, the $240,000 automobiles should feel equally at home on the country roads between Cannes and Calais.