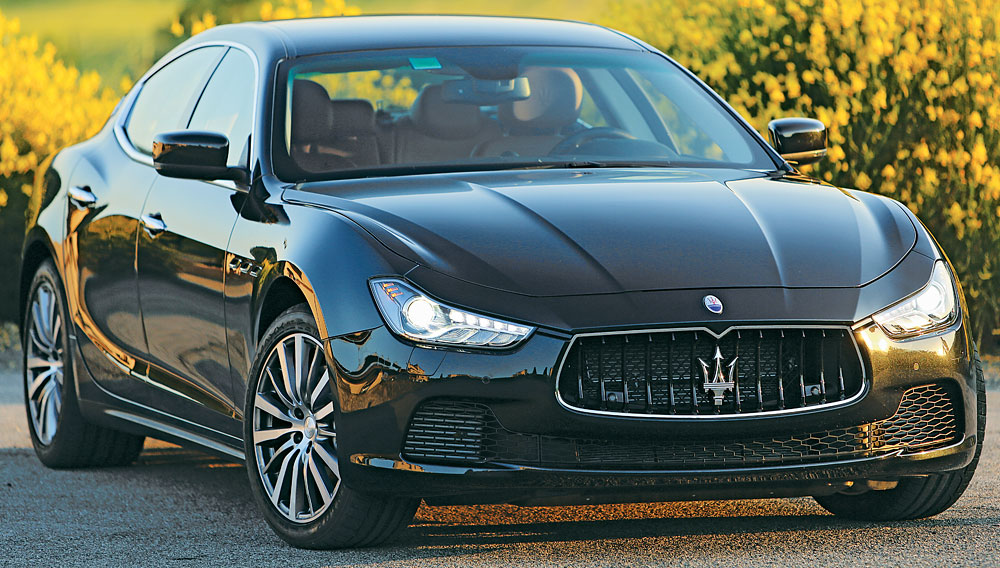 Maserati enthusiasts and other aficionados of exotic Italian cars from the 1960s should be familiar with the original Ghibli, a V-8 powered two-door designed by Giorgetto Giu­giaro, who would later pen the Bora, Merak (see “Star Turn”), and original Quattroporte for Maserati. The company produced coupe and spider variants of the Ghibli from 1967 through 1973. Maserati fans also may remember the Biturbo-based Ghibli II, which the company produced from 1992 through 1997 but never officially sold in North America.

Except for its name, which Maserati originally took from a desert wind that blows across North Africa, the new Ghibli has no meaningful connection to either of those classics. It is an all-new, high-performance four-door GT. Maserati has big expansion plans and needs more arrows in its quiver to achieve its goals. So it has added the Ghibli to complement its GranTurismo coupes and convertibles and its larger Quattroporte sedan. With the Ghibli, Maserati is taking aim at its competitors’ sports sedans and four-door coupes: the BMW 5 Series and 6 Series, the Mercedes-Benz CLS and E-Class, and Jaguar’s popular XF. The Ghibli arrived in U.S. showrooms in September bearing a base price of $65,000.

The Ghibli’s design is fresh though familial, displaying the glinting visage, long hood, short deck, badge placements, and styling details of the GranTurismo and Quattroporte. Its flanks feature muscular body lines, and its stance suggests the car is poised on its haunches, ready to move forward with grace and alacrity. The Ghibli shares some chassis elements with the Quattroporte, but it does so without looking like a shrunken version of the sedan.

Maserati offers a choice of two all-aluminum, twin- turbocharged V-6 engines for the Ghibli. One produces 345 hp and the other 404 hp, for the all-wheel-drive Ghibli S Q4 model, which will have a starting price of $75,700. (The Ghibli S and Ghibli Diesel models will not be available in the United States.) Both engines are paired with a ZF 8-speed multimode automatic transmission, the same one that is found in the Quattroporte.

The Ghibli’s interior is comfortable, roomy, handsome, and modern. It features the type of beautiful wood and leather trim that are hallmarks of Maserati cabins. The location of the switchgear is intuitive, and the infotainment system is up to date.

During a ride on the roads outside of Siena, Italy, this summer, the Ghibli proved a jewel to drive.The front tires bit hard into corners and tracked true. The ride was sporty firm yet still luxurious. Maserati claims that the Ghibli S Q4 hustles from zero to 60 mph in 4.8 seconds, and that the standard version takes 5.5 seconds to reach 60 mph.The chassis, which like the body is made mostly of aluminum, had no problem handling the car’s quickness. Depending on how it is driven, the Ghibli can coddle or it can thrill.