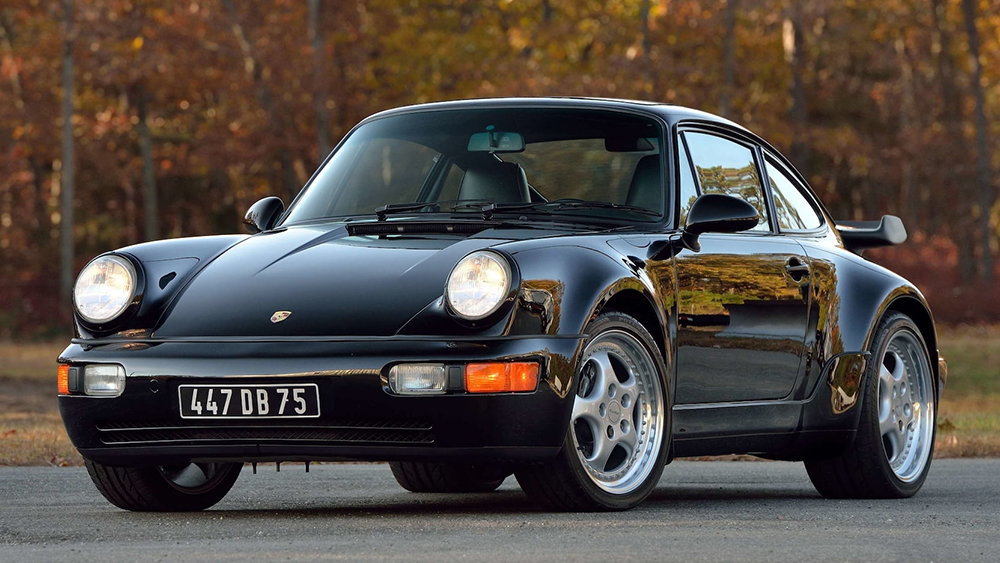 Here’s your chance to be a bad boy for life. The Porsche 911 Turbo that starred in the iconic ‘90s blockbuster Bad Boys is going under the gavel at Mecum next year.

Stuttgart’s finest can be clearly spotted in the film’s opening scene, with Detective Mike Lowrey (Will Smith) behind the wheel and Detective Marcus Miles Burnett (Martin Lawrence) riding shotgun.

An epitome of the era, the sleek, jet-black ride was one of less than 350 produced for the US market in 1994. It appeared on the big screen one year later when Bad Boys was released and comes complete with all the requisite certificates of authenticity from both Porsche and Columbia Pictures.

After production wrapped, the coupé went home with the movie’s director Michael Bay, but was later sold to film producer Pat Sandstone. The A-list four-wheeler changed hands a few more times before it was snapped up by the current owner in 2014.

Throughout the years, the car was treated to a couple of restorations and appeared at numerous auto shows. Most recently, it graced the red carpet for the Bad Boys for Life premiere in January 2020. And as you’d hope, the two-door is presented in mint condition and has just 34,396 miles on the ticker.

Under the hood the 964-generation 911 is equipped with a rear-mounted 3.6-liter turbocharged flat-6 engine mated to a five-speed manual gearbox. It’s capable of churning out 355 horsepower and 384 ft lbs of torque, which is more than enough grunt for those high-speed chases.

And the retro sports car is fitted with a classic cassette player which, for readers too young to remember, was quite the thing before music went digital. Other highlights include a sunroof, a luxe black leather interior, Speedline aluminum wheels and a rear plate that reads “BAD BYS1.”

The 1994 Porsche 911 Turbo will be auctioned at Mecum’s Florida sale in January 2022. The auction house has yet to give any estimate regarding the sale price, but it’s safe to say that this bad boy won’t come cheap.