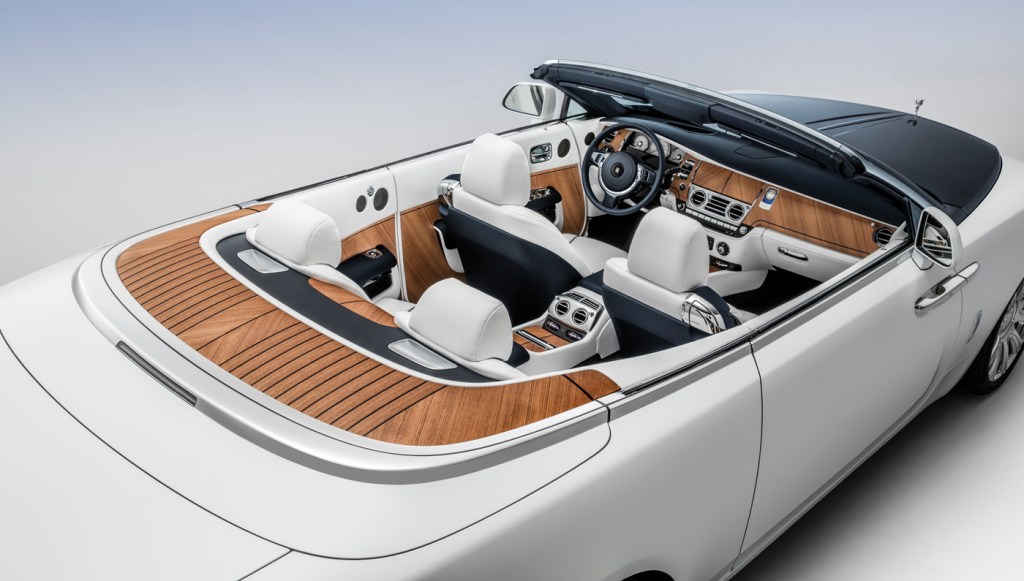 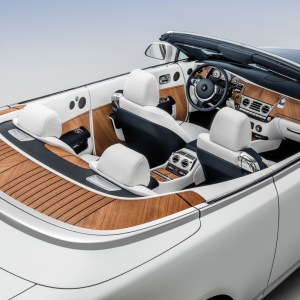 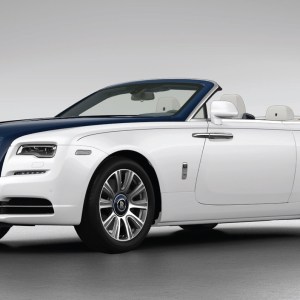 On the Southern California coast, in Newport Beach, Barclay Butera (barclaybutera.com) first made inroads into the design realm. Today, more than 20 years later, he is known well beyond the seaside city, not only for the coastal-luxury-inspired interiors that launched his career but also for the full-fledged lifestyle brand that he has come to be. In addition to his Newport shop, he has showrooms in West Hollywood, Calif., and Park City, Utah; more than a few coffee-table books devoted to his residential-design projects; and myriad products for the home, from furniture and bedding to candles and upholstery.

The coastal-chic style that started Butera on that path remains a driving force in his work and a talent for which he is sought after. He recently lent his signature style to this Rolls-Royce Dawn—a one-off design that made its debut in August at the 2016 Pebble Beach Concours d’Elegance—for a client who wanted the car to pair well with her oceanfront home.

In collaboration with the client and the Bespoke design team at Rolls-Royce (rolls​-roycemotorcars.com), Butera specified for the drophead coupe a maritime look and feel. The body is Arctic White, the hood Mid-night Sapphire; paneling in the interior is teak, the durable hardwood used so often in yacht decks. The Dawn’s other cabin details include Arctic White leather seats with gussets, piping, and monograms in navy blue, and an artisanal clock based on Rolex’s original Yacht-Master.

No doubt Butera’s vision is suited for sitting pretty in a driveway. But the car also has a V-12 engine that generates 563 hp, should the owner wish to take a drive along the coast.