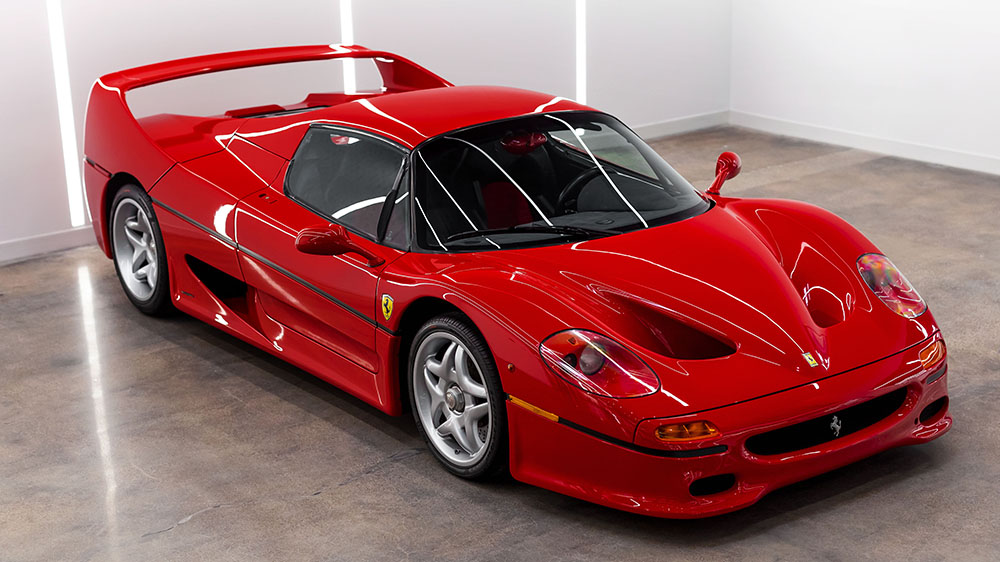 The Ferrari F50 may be over a quarter-century old at this point, but there are still some mint condition examples out there.

One such supercar will be auctioned off by RM Sotheby’s as part its Miami sale next month. The 1995 F50 hasn’t just been wonderfully maintained in the 27 years since it rolled off the line, it’s also barely been driven, totaling just 625 miles over that time.

The Prancing Horse entrusted Pininfarina with the unenviable task of designing the follow-up to the boundary-pushing F40. As difficult as that may have been, the supercar released to celebrate the marque’s first 50 years—hence the name—would become one of the defining performance vehicles of the 1990s. This was due as much because of its dazzling design as its Formula 1-derived V-12. The car was also significantly more exclusive than its predecessor. Ferrari built 1,315 F40s between 1987 and 1992, but only 349 numbered F50s between 1995 and 1997.

The F50 going up for auction was the eighth built. The supercar has a similar general shape and profile to the F40, but boasts a more sculpted body and a removable hard-top (most enthusiasts believe it looks best when the piece is stowed away). Because of this, its design still feels fresh to this day, while its predecessor very much looks like a car of its era. This example is finished in Ferrari’s trademark Rosso Corsa—like 87 percent of the production run—over a Nero interior. You won’t find many F50s that look more iconic than this one.

The supercar’s 4.7-liter F130B V-12 is just as beautiful. The mill is an evolution of the engine Ferrari had been using in its F1 cars since 1992 and was mated to a six-speed manual that sent 513 hp and 347 ft lbs of torque to the rear wheels. Thanks to all this power, the car could rocket from zero-to-60 mph in just 3.6 seconds and top out at over 200 mph. Having barely been driven since leaving the factory, the fully documented vehicle remains in immaculate shape and even comes with its original set of matching luggage.

You’re unlikely to find an F50 in better condition than this one. Because of that RM Sotheby’s expects it to fetch a hefty sum when it hits the block on December 10. The auction house has placed a $5.5 to $6.5 million estimate on the lot, and we wouldn’t be surprised if bidding ends up at the higher end of that range.