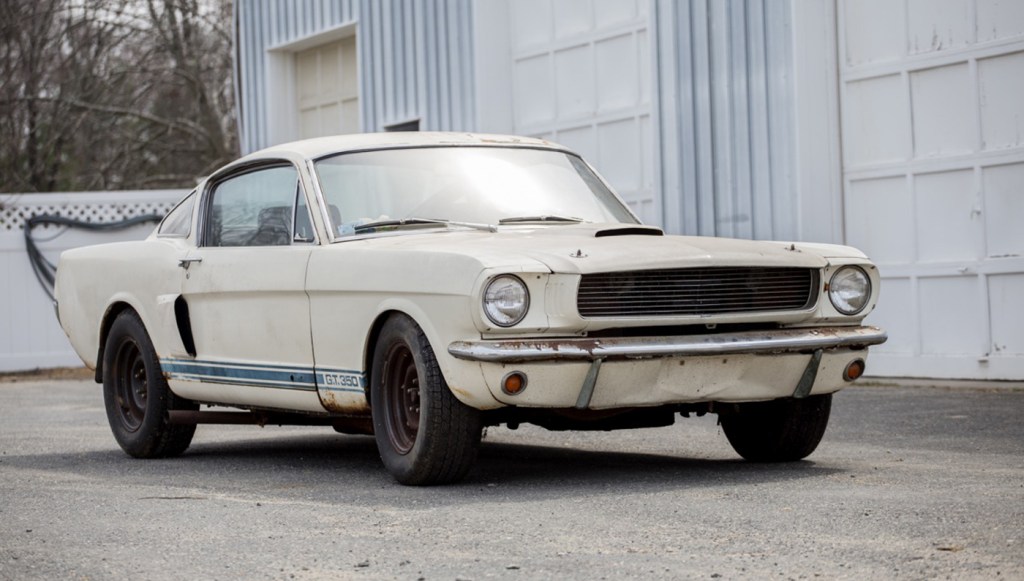 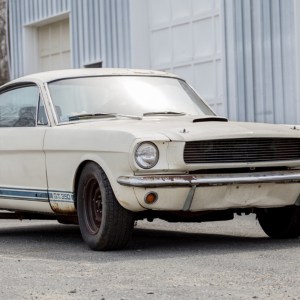 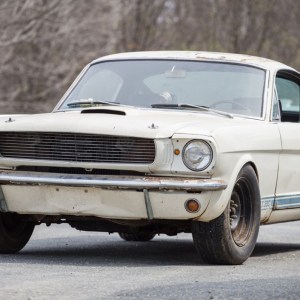 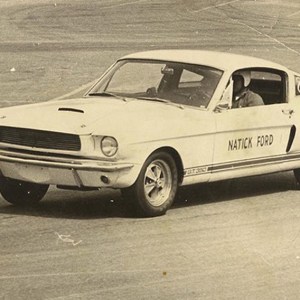 Automotive relics hidden for decades and often forgotten about by the owners themselves have become a phenomenon at auction. Unlike any other collectible, they are most desirable in their derelict condition—a trend that speaks to the truth that a car can only be original once. Thus, an untouched junkyard scrapper is hundreds of times more valuable than a restored one, and their number keeps dwindling, making them even more exciting.

The next barn-find bonanza will cross the block when a 1966 Shelby GT350 comes out of 40-year hibernation at Bonhams’ 9th Annual Greenwich Concours d’Elegance Auction in Greenwich, Conn., on June 5. Untouched after four decades of storage by a single owner, the muscular machine is considered a “carry-over car” as it features all of the performance componentry of the 1965 model but boasts the body styling and more luxurious trim introduced the following year.

Coined the “cobra,” the powerful coupe was designed and developed by Carroll Shelby who built it from a Ford Mustang K-Code Fastback. Inside, a modified 4.0-liter Windsor V-8 engine cranks out 306 hp tempered by a 4-speed BorgWarner transmission. Enhancements to the 1966 model included the addition of two rear seats and quarter-panel windows toward the back.

Being offered “as found,” the rediscovered example comes in its factory finish of Wimbledon white with Guardsman blue stripes along with its original Cragar Shelby mag wheels, all documentation (including bill of sale, service receipts, and original handbook), and only 55,000 miles on its odometer. And for those looking to enter the classic in competitions, its 1965 VIN number allows for qualification in races reserved for models of that year or before.

Expected to fetch up to $120,000, the Shelby will be one of 106 cars offered during the Bonhams auction at Roger Sherman Baldwin Park as part of the Greenwich Concours d’Elegance. (bonhams.com)