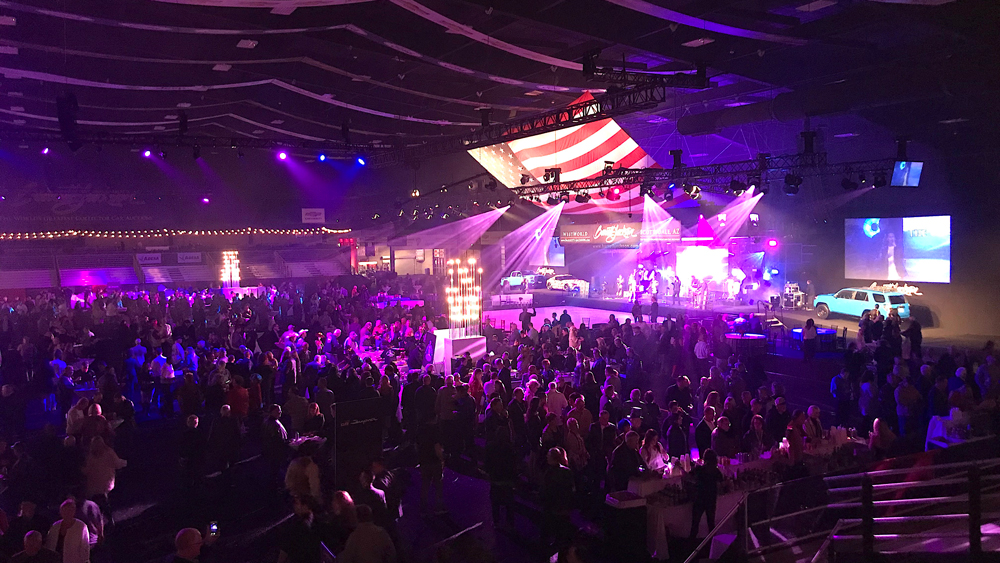 Barrett-Jackson bills itself “the World’s Greatest Collector Car Auctions,” and with some credence. This year, the company’s annual Scottsdale auction (January 12 through 20) in Arizona saw 325,000 visitors attend the event that combines cars with lifestyle. It’s almost more a festival than four-wheeler sale.

The offerings from the more than 300 vendors ranged from clothing and jewelry to new cars (from manufacturers like Chrysler, Toyota, Ford, Tesla and McLaren) to leading post-title and aftermarket firms such as Shelby, Saleen, and Gateway Bronco (which remakes vintage Ford Broncos with modern components).

Still, the epicenter remains the 1,800 cars crossing the auction block, almost all at no reserve. Year after year, Barrett-Jackson does more than $100 million in sales (this year exceeded $130 million), and the secret is continually getting new money into the game. When I spoke with Craig Jackson on the auction’s fourth day, he noted the 5,300 bidders had already submitted $1.1 billion in letters of credit. Couple that with the several hundred consignors who typically buy another car after selling one, and Barrett-Jackson is a universe unto itself.

While a sizeable portion of the “fine art” automotive crowd tend to dismiss Barrett-Jackson, there is much more to the car market than the European sports and GT cars that typically dominate their field of vision. That myopic take can be a mistake, for deals are there.

Dig even deeper, and three trends stand out. Craig Jackson believes the solely internal combustion era is almost over, and has been acquiring today’s high horsepower muscle cars—this includes the 2020 Shelby GT500 No1. Jackson was happy that the $1.1 million hammer price went to charity, but he remains a gearhead at heart. “As a lifelong Shelby Mustang fan,” he notes, “the new GT500 is a direct descendant of the Green Hornet and Little Red Mustang (both experimental one-offs he owns), and will be a welcome addition to my personal Shelby collection.”

A trend completely ignored by the “fine art crowd” is the popularity of restomods. I first noticed their ascension several years ago at Barrett-Jackson when some brought more than what their fully restored “matching numbers” counterparts sold for. Interestingly, that “matching numbers” obsession caused many new buyers to reject the concept.

“New people like the looks of old cars but…want to use pump gas and have air conditioning, creature comforts and modern technology,” Jackson says. “They want to use their cars [so] while we still sell numbers-matching cars, that number is getting smaller.”

Barrett-Jackson president Steve Davis points out that restomods aren’t a new phenomenon: “They used to be called ‘customs,’ and today there is a huge range of them. You will often hear us say ‘it’s got an Art Morrison chassis’ but there’s a difference between a true restomod like that, and something with a crate engine dropped in it.”

Classic trucks are also a favorite of the restomod movement.  Photo by Winston Goodfellow.

The best restomods exhibit Pebble Beach-quality craftsmanship, and a seamless melding of old and new. How many commissioning clients profit when they sell is unclear, but interest in restomods is increasing. Ignore that trend at your peril, for restomods may be the strongest sector in an otherwise generally stagnant collector car market.