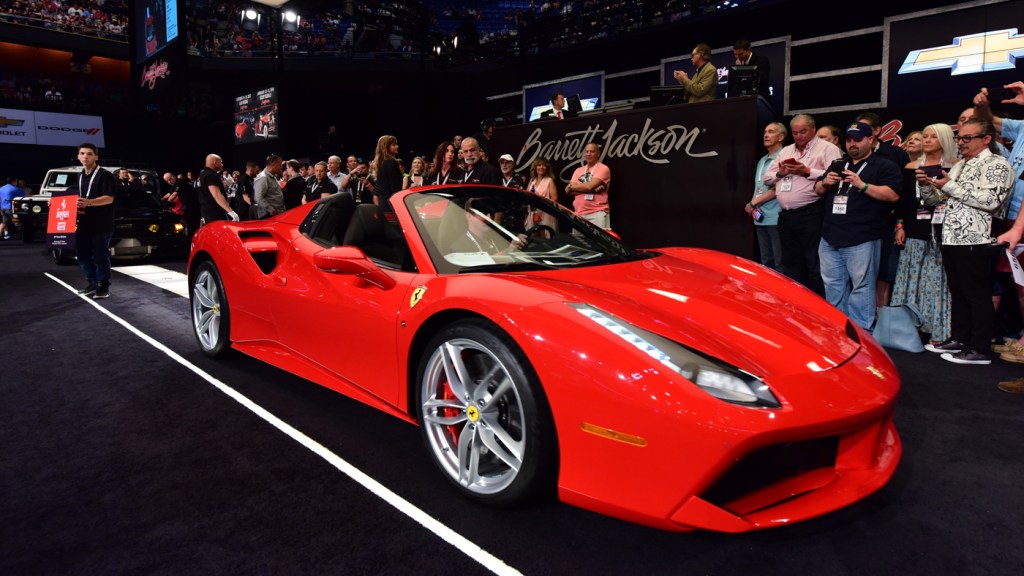 From June 21 through 24, Barrett-Jackson’s 2nd annual Northeast Auction, at Connecticut’s Mohegan Sun Casino and Resort, yielded unexpected results to say the least. The four-day event brought in an overall sales total of $94 million and just more than a 95-percent sale rate. Success is expected with Barrett-Jackson, but there were more than a few surprises to be had on the auction floor.

The sale featured a truly mixed cross-section of top contenders. At the top of the list was the first Ferrari 488 Spider to trade hands at an auction. Listed with 77 miles on the odometer and $90,000 worth of factory options, the car closed at a sale price of $434,500—a staggering $70,000 more than what its purported sticker price would be.

Further highlights of the sale included a pair of Boss 429 Mustangs, whose prices would almost seem inverted to many. One, a concours-caliber nut-and-bolt restored model from 1969, was effectively stolen as the hammer dropped at $250,000. In contrast, a dusty example in borderline barn-find condition (with under 3,000 miles on the odometer) brought in a much more market-correct $407,000.

While the European classics market remained strong with a few six-figure sales of restored Land Rover Defenders and vintage Jaguars, the custom and resto-mod market proved soft in the Northeast. Numerous show-quality builds sold for a fraction of their build costs, including a custom Ford F-100 (powered by a new and tuned Ford Coyote engine) that went for only a little more than $60,000. For those looking for a modernized, drivable classic, it is clearly a buyer’s market out there.

Top-tier sales aside, the event drew a significant crowd to the Mohegan Sun over the weekend, with just under 100,000 spectators in attendance for a closer look at the rare automotive art. And it’s a fan base that does not seem to be diminishing. Barrett-Jackson’s chairman and chief executive officer, Craig Jackson, was elated and surprised at the volume of youth in the audience. “In what’s usually a relatively older market, it’s great to see a new generation of truly enthusiastic faces in the crowd,” says Jackson. “It’s a good feeling to see that the passion for collector cars is going to live on.”