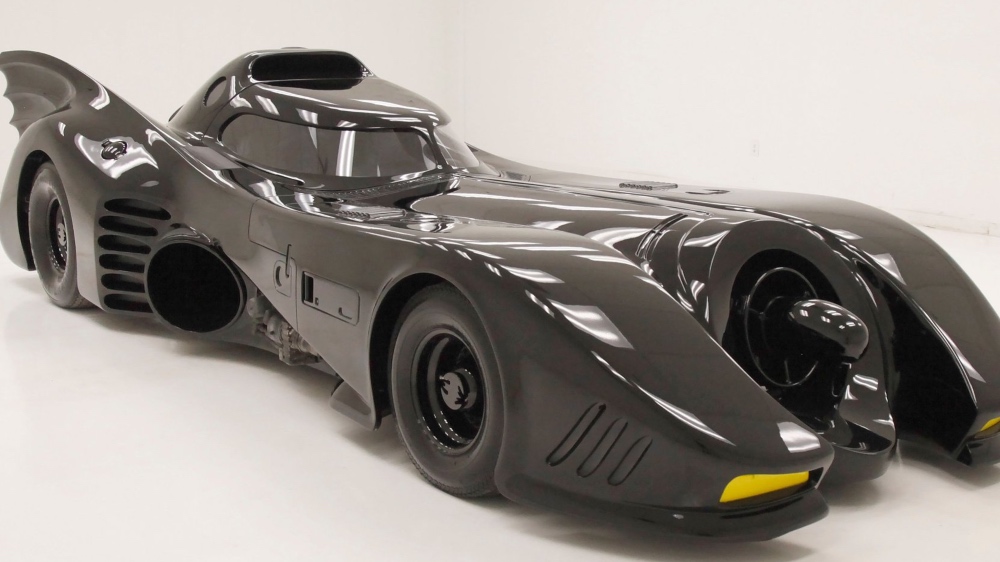 Have you ever dreamed of cruising around your hometown like the Caped Crusader? You’ll might soon be able to. The Batmobile from Tim Burton’s Batman movies is currently up for grabs through Classic Auto Mall.

As any Batman fan will tell you, there’s no one true Batmobile. This version, which was driven by Michael Keaton in 1989’s Batman and its follow-up, 1992’s Batman Returns, just might be the most iconic. This isn’t just a replica, either. It’s the actual prop car designed by illustrator Julian Caldow and built by John Evans’ SFX team at Pinewood Studios in England for use in the production of Batman’s second big-screen adventure, according to the sales listing. After production of the sequel wrapped, the car spent time at Six Flags New Jersey as part of the Batman Returns roller coaster before it was snapped up by its current owner, an anonymous collector.

Classic Auto Mall describes the long-nosed coupé’s exterior as “bat shit crazy cool,” and it’s hard to disagree. Caldow’s creation has an Art Deco-inspired fiberglass body. It’s about as striking a movie car as you’ll ever see, especially its Daytona Prototype-like jet engine nose and the tall batwings that sandwich its slide-away cockpit. The fighter jet-style cockpit somehow has room for three passengers, by the way. Just like in the movie, the car is finished in gloss black, broken up only by its yellow headlamps and red taillights. It rides on a set of custom 15-inch wheels that have the Batman logo at their center.

Because it is a movie car and not an actual production vehicle, its powertrain leaves something to be desired. The vehicle is powered by a single electric motor that will allow it to reach a maximum speed of 30 mph. Safe to say, it might struggle to keep up with the Joker’s ride of choice. It makes up for its lack of pep with some bonkers (working) gadgets, including a flame thrower.

Anyone hoping to add this Batmobile to their collection should prepare to spend big. The Pennsylvania-based consignor has listed the vehicle for a not-insubstantial $1.5 million. That’s a fair sum, but it’s only about a third of what the Batmobile from the 1960s Adam West TV show sold for at auction in 2013. In that light, this prop car might even be a bargain.