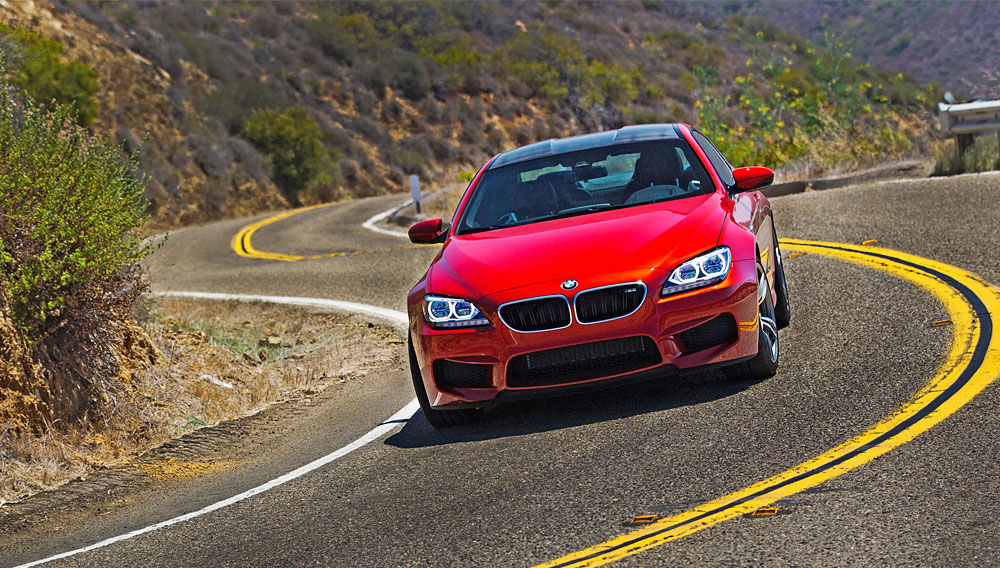 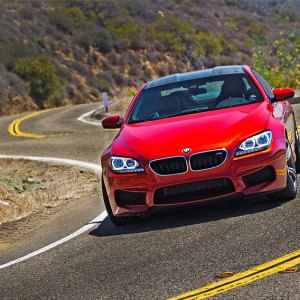 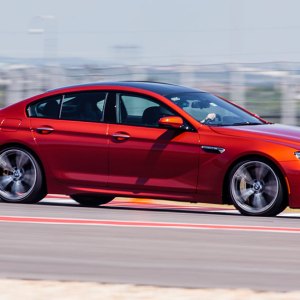 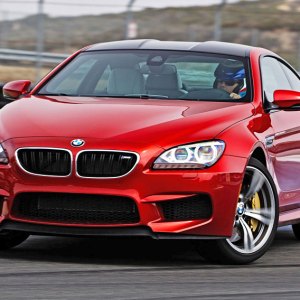 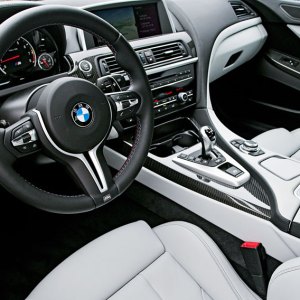 Driving enthusiasts long have questioned BMW’s lack of an M variant of the 7 Series sedan—a high-performance version of the flagship to rival the Mercedes-Benz AMG S-Class. Drivers who wanted such a machine were directed to Alpina, an independent tuner of BMW models.

Albert Biermann, the head of product development for BMW’s M division, says that if he had all the money in the world to create an M7, the result “wouldn’t be much different from this car. Don’t be sad there isn’t an M7, because this is the one.”

The base model 6 Series Gran Coupes—the 640i and the nearly visually identical but more powerful 650i, BMW’s initial entries in the oxymoronic and increasingly popular four-door coupe segment—are the most handsome four-doors in the automaker’s lineup, with their coupe-style roofline and long and lean shape. The M version couples that beauty with a beast of an engine: a 4.4-liter 560 hp twin-turbo V-8 that enables zero-to-60-mph acceleration in 4.1 seconds; top speed is limited to 155 mph. (The 650i is powered by a 445 hp V-8 and has a zero-to-60-mph time of 4.5 seconds.)

The M6 Gran Coupe’s zero-to-60-mph time matches that of the two-door M6 coupe, though the four-door is 170 pounds heavier. BMW offers a $6,000 Competition Package for the M6 Gran Coupe, which increases the engine output to 575 hp and further stiffens the suspension.

Media members recently had a chance to sample the M6 Gran Coupe’s capabilities on city and suburban roads and on a racetrack during a day of driving in Texas. The outing began with everyday maneuvers on streets in and around Austin and concluded with hot laps on the Circuit of the Americas (COTA) track, home to the U.S. race in the Formula 1 championship series. The track, a 3.4-mile loop designed by Hermann Tilke and built last year, includes 20 turns—some with elevation changes—and a 3,280-foot back straight, where drivers tested the BMW’s acceleration and pushed the car to its top speed.

The M version differs only slightly in appearance from the standard 6 Series Gran Coupe. It has a more aggressive-looking front fascia, with a deeper chin spoiler and larger below-the-bumper inlets, and a roof made of weight-saving carbon fiber instead of steel or glass. (A sunroof is not an option on the M car.)

Rather than attaching a spoiler to the trunk and ruining the sleek silhouette, BMW placed a carbon-fiber diffuser under the rear of the car to combat lift. Also exclusive to the M version are the optional $9,250 carbon-ceramic brakes. The brakes received a workout and performed admirably on the COTA track. Indeed, they are must-haves for track days, an activity, it turns out, in which an estimated 60 percent of M car owners participate, according to BMW.

Equipped with a 7-speed dual-clutch automatic gearbox, the M6 Gran Coupe offered solid handling and a supple ride. The car also is available with a 6-speed manual gearbox, a no-cost option for drivers who enjoy rowing a shifter and pedaling a clutch. The automatic shifted quickly enough for the COTA track, and, perhaps more important, it enabled drivers to keep their hands on the wheels while navigating all those twists and turns.

Driving the M6 Gran Coupe in the Austin traffic was a relaxed experience. The steering was precise, and the gearshifts were seamless. The $1,300 optional head-up display can be configured to show a variety of information, including driving directions and local speed limits. Those two functions are part of the $1,900 Driver Assistance package, which also includes a feature that alerts the driver to vehicles in the blind spots beside the car. The screen’s resolution is sharp and colorful, even in bright daylight.

Although the M6 Gran Coupe retains the civility that makes the base Gran Coupe an ideal cruiser, its character can change dramatically according to the driving modes that adjust the steering, suspension, throttle, and transmission. The Comfort and Sport modes are well suited to freeway cruising and winding two-lane roads, but the Sport Plus settings enable the M6 Gran Coupe to take full advantage of the engine’s horsepower and its 502 ft lbs of torque, which it produces from 1,500 rpm to 5,750 rpm. With separate buttons for the steering, throttle, suspension, and transmission inputs, setting the appropriate modes may seem daunting initially. But it is fairly easy to cycle through all the settings and find the ones that match the driving situation at hand. Once configured to a driver’s preferences, a particular setup can be stored in the car’s memory and easily accessed.

Driving on the COTA track provided a chance to experience the Sport Plus settings. The gearshifts and throttle response were decidedly quicker than those of the Comfort and Sport settings; the suspension snubbed down to minimize body roll; and the steering was precise and heavily weighted. In fact, in Sport Plus, the steering loads up so much that the driver has to make a concerted effort to move the wheel off-center. Engaging the M Dynamic setting dials back the stability- and traction-control systems, allowing the car to step out slightly and refrain from quickly cutting the throttle when it detects a loss of traction.

The M6 Gran Coupe drove like a tidy, yet very powerful sports car around the COTA circuit. Even though the car weighs 4,430 pounds (when equipped with the standard 7-speed transmission), with 52.3 percent of the mass on the nose, the ample power from the V-8, the quick shifts, and responsive steering made it easy to hustle the car quickly around the track without a misstep. A big contributor to the car’s ability to accelerate quickly off the corners is the Active M limited-slip differential, which sends maximum torque to the rear wheel with the most grip.

Adding the Competition Package, the carbon-ceramic brakes, the head-up display, the Driver Assistance package, and a $3,700 Bang & Olufsen premium sound system can raise the price of the M6 Gran Coupe to more than $135,000. For that price, a buyer receives two cars in one: a stylish four-door that is well suited to an evening out on the town and a sports car that is ready for the racetrack.