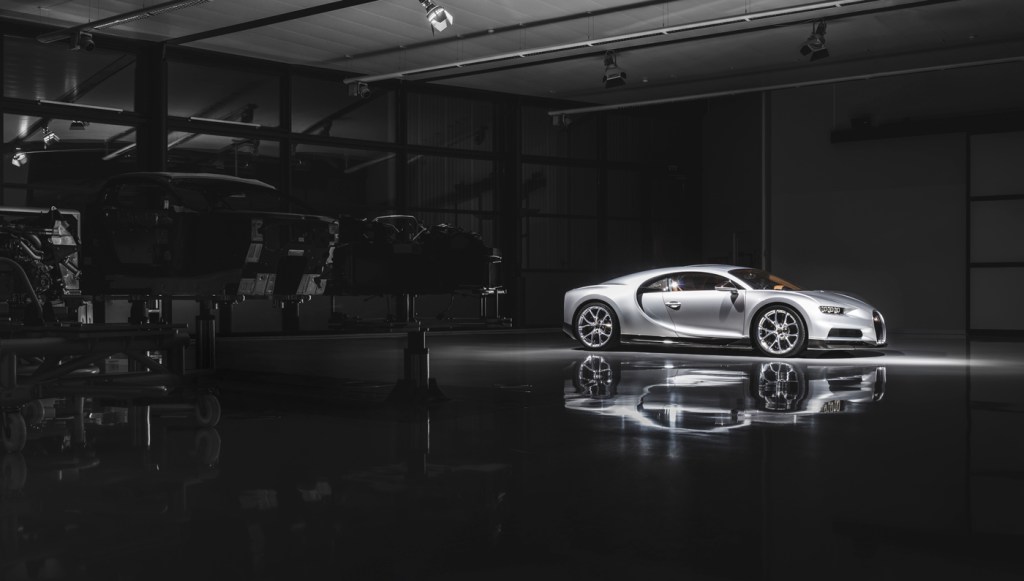 Inside the Bugatti Atelier in Molsheim, France.
View Gallery — 7   Photos 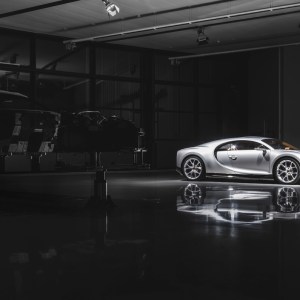 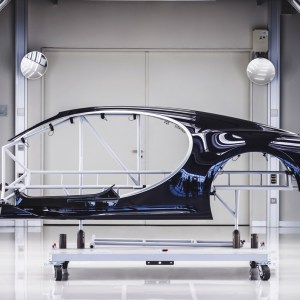 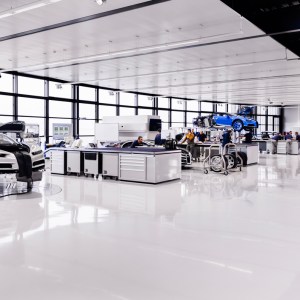 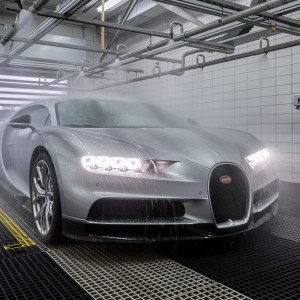 The fastest and most powerful production car in history, the 1,500 hp Bugatti Chiron is currently being produced at a pace seemingly diametric to its dynamism. Less than 12 months after the reveal of its latest model, Bugatti has released details about the painstaking process and attention to detail involved in the creation of each example, a cycle that will result in customer deliveries within the first quarter of this year.

The 108-year-old French marque has built its reputation on applying Old World artistry and craftsmanship to designing and engineering the most cutting-edge cars of their time—the Chiron being the latest and greatest of the legacy so far. With the ability to fly from zero to 62 mph in less than 2.5 seconds and reach the ridiculous speed of 261 mph, the supercar is without company in performance and, starting at roughly $2.6 million, has few peers in price.

Such exclusivity demands a boutique construction approach, one that the automotive specialists at the Bugatti Atelier in Molsheim, France, embrace. As customization is also a key component, a dedicated designer first works with each client to define their vehicle’s bespoke aesthetic, from personalized logos, embossing, and embroidery to inlays and an almost infinite combination of colors.

When the consultation period (which can usually take up to 90 days) is complete, assembly begins in the marque’s nearly 10,800-square-foot facility. It is there that a team of 20 technicians, at 12 stations, eschew robotics or the convenience of conveyors and work by hand to combine the more than 1,800 parts into a far greater sum.

Once on wheels, the car has its engine’s metrics measured with a rolling dynamometer (pictured below) that Bugatti asserts is the most powerful of its kind. And it needs to be, especially since the Chiron’s 8-liter W-16 heart generates up to 1,180 ft lbs of torque. The near-obsessive quality control also includes subjecting each vehicle to a 30-minute simulated monsoon and about 217 miles of test driving, portions of which take place on an airport tarmac at speeds greater than 155 mph.

Throughout the production phase (about six months on average), clients are invited to visit the factory and can even spend a day helping fabricate their own examples. With 12 automobiles in the works at the moment, Bugatti plans to have 70 completed in 2017. Interested parties should place orders soon, however, as only 500 Chiron en masse will be made. (bugatti.com)