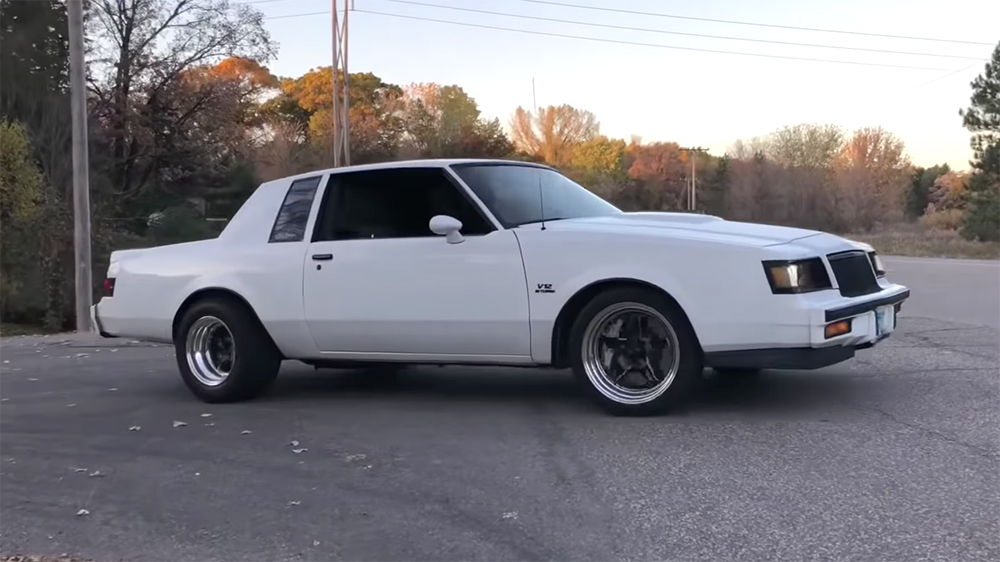 If you’re looking for some serious Mercedes power, you’ll want the Tri-Star’s range-topping V-12. You can find that illustrious engine rumbling under the hoods of the SL65 AMG, the G65 AMG, the S65, the Mercedes-Maybach S650, the SL600, and this . . . Buick Regal Turbo-T Limited? Yes, some ingenious madman has given the domestic coupe a fiery transplant of epic German proportions.

The supremely clean Buick Regal was assembled by a YouTuber named WhitelegacyGuy, who decided that GM could have shoehorned a bit more oomph into the engine bay—well, a lot more oomph. The donor engine is a Mercedes M275, a 5.5-liter V-12 that was plucked from a 2005 SL600. Stock, it produces more than 500 ponies, but that still wasn’t enough for our intrepid wrencher. So he slapped on twin Precision turbos, good for 24 pounds of boost. (Your applause here.) But seriously, just watch—and listen—to this thing get up and go. The takeoff happens around the :50 mark in the below video.

The final power output headed to those choice Weld racing tires in the rear isn’t clear, but presumably the PTE 6266 puffers have sent it well above 600, and given it a sizable torque spike. That honking setup is mated to a Mercedes-Benz 5-speed automatic transmission, and an MS3Pro ECU helps keep everything chugging along smoothly.

The first rule of trying to go like a bat out of hell is you’d better be able to stop just as quickly, and our builder wisely opted to upgrade the brake system. His funky but effective German-American hybrid solution is a pair of C6 Corvette Z06 rotors affixed to the front, chomped on by an eight-shot caliper by AMG.

Purists on both sides of the Atlantic may be up in arms, but let the haters seethe. This is a pretty remarkable creation.