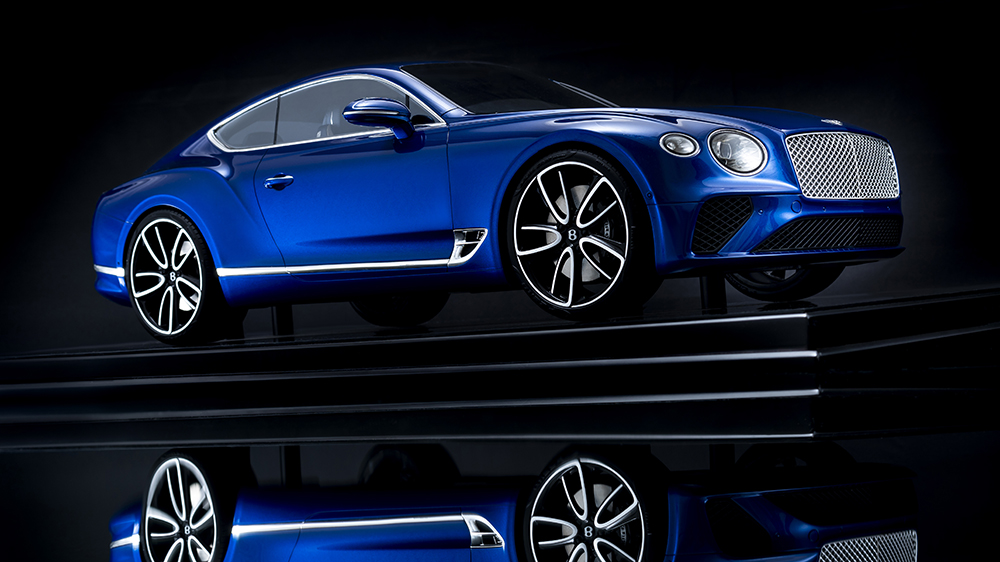 Bentley has just released its most accessibly priced car yet. There’s just one catch: You won’t fit into it.

That’s because the company’s latest release is a 1:8 scale replica of the Continental GT that starts at $9,000, according to a press release. In fact, the bespoke model is so detailed it’s almost disappointing that you can’t actually push it to 207 mph on the highway.

Still, if you can get over that, there’s an awful lot to love about the automaker’s inch-perfect Continental GT replica. In order to ensure the utmost accuracy, production of the pint-sized vehicle is handled by the Bentley Design Studio from the moment you place your order until it is delivered. Each made-to-order replica consists of over 1,000 individual parts. If that sounds like a lot for a model, it is, and because of that each example takes about 300 hours to build.

Because this is Bentley, each replica is also fully customizable. Customers will be able to choose from a near-limitless array of bespoke interior and exterior options to make the mini Continental GT of their dreams. This means you can make one that looks just like a historic model or one that looks like your own personal full-sized coupé. Options include: exterior paint color, wheels, driver position, seat quilting, brake calipers and license plate, just to name a handful.

Each of the 1:8 scale replicas is crafted in resin and comes with a varnished plinth on which you can display the keepsake. Bentley didn’t skimp on quality or details here, as they automaker says it envisions people passing on the model like a cherished heirloom.

If this all sounds like a bit much to you, Bentley’s got you covered. The 1:8 scale replica is one of three sizes the company offers, along with 1:43 and 1:64 scale models. Those cost decidedly less, at $110 and $15 respectively, and considering the drastic step down in price, one can only assume they don’t include as many parts. If Bentley’s not your luxury automobile brand of choice, don’t worry: Rolls-Royce makes a similar sized model of the Cullinan SUV for $17,000.