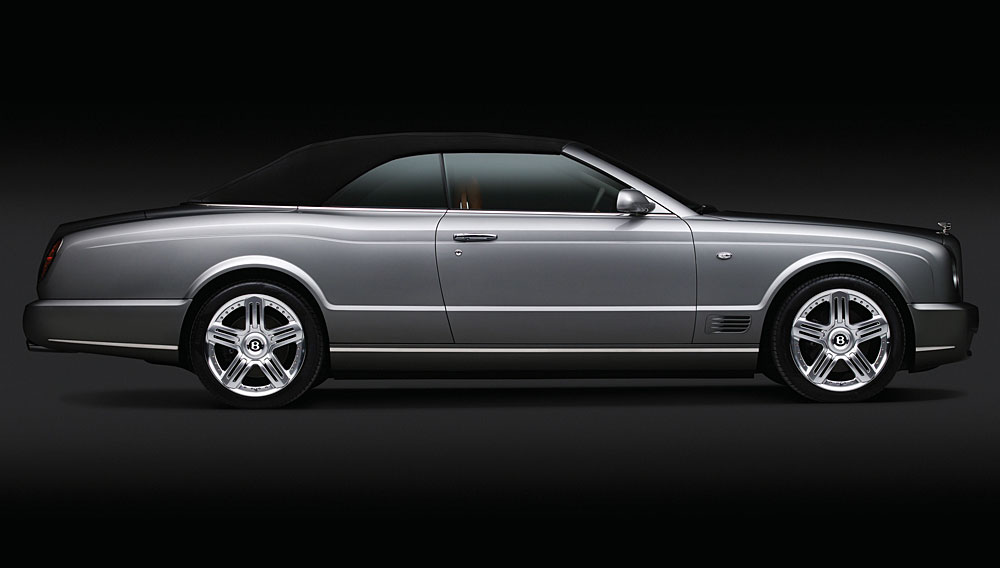 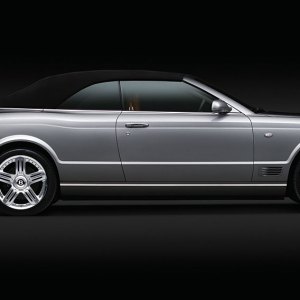 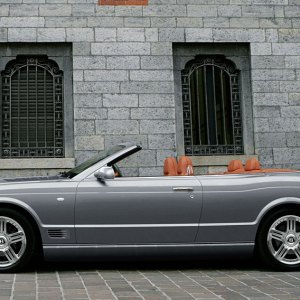 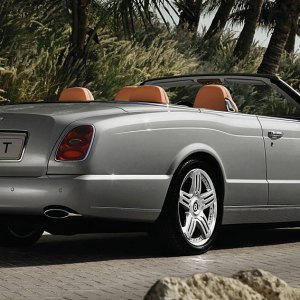 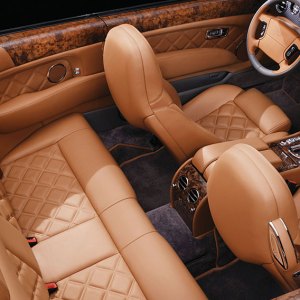 The Azure T is the last of a dying Bentley breed. Derived from Bentley’s former flagship—the Arnage sedan—the more modern Azure looks much like the old one: It’s still a full-boat, luxury four-place ragtop that adheres to the grand tradition of Bentley convertibles. Anyone seeking an intimate, sporting Bentley drop-top ought to peer down the model lineup at the far less expensive Continental GTC. As befits its role at the top of the convertible food chain, the Azure’s interior is as finely appointed as the stateroom of a yacht, with a cabin richly lined in supple hides and polished woods and accented by chrome switch gear. Bentley’s traditional 6.75-liter V-8 engine is under the hood, where it musters enough power to motivate this heavy beast with surprising alacrity. The only competition at this level comes in the form of the Rolls-Royce Drophead Coupé, but there is plenty of room on the Cote d’Azur for both British ragtops. Pros: They don’t make ’em like this anymore. Cons: They’ll probably stop making ’em like this before the end of the year.