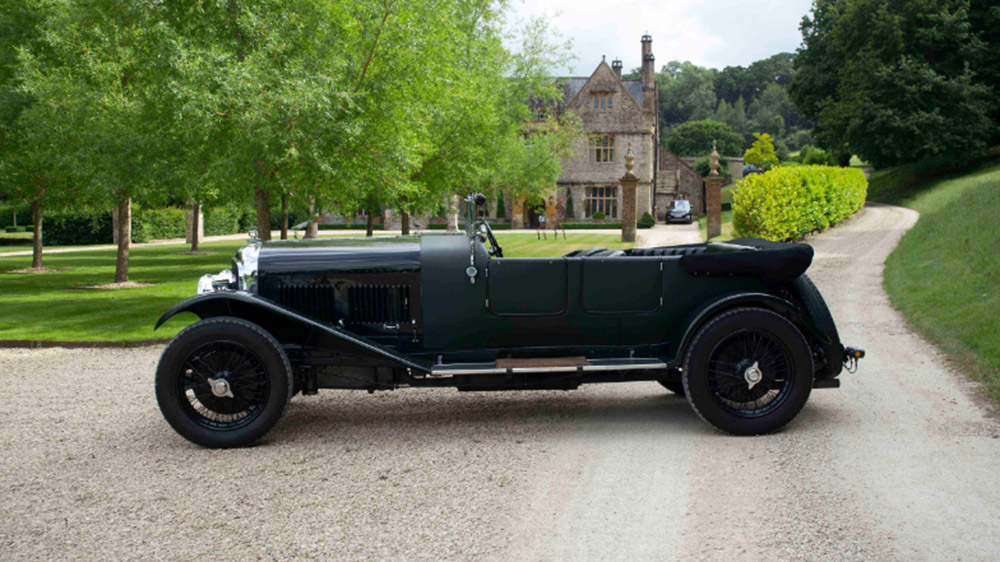 It can take a seismic event for serious car collectors to even consider parting with their automotive babies. But the dissolution of a marriage certainly qualifies. That appears to be the case for one Bentley-loving Brit.

Robin Cannon, a multimillionaire director of a home care service in the UK, is expected to sell off one of the finest private collections of Bentleys ever assembled, reports The Times of London. The reason: to help pay for his divorce.

The cars will be auctioned off by Duke’s of Dorchester, Dorset. The sale will include seven Bentley’s built between 1929 and 2014, as well as a beautifully maintained first-generation Chevrolet Corvette from 1959. The assortment of autos is expected to bring in more than $2 million by the time final hammer falls.

Among the cars schedule to hit the block is a 1929 WO Bentley 4.5 Liter (at top) that is one of just 665 examples of the roadster ever built. The car, which is valued at $965,000, was exported to India during the 1930s, then lost before being rediscovered in Afghanistan during the 1970s, at which point it was returned to England following a four-week, 5,700-mile journey.

The stunning automobiles aren’t the first possessions Cannon has had to part with since separating from his ex-wife Jane two years ago. He also had to sell the Newton House, a $6.9 million Jacobean property located near Yeovil, Somerset, the former couple bought back in 2007. It was there that Cannon stored his collection in a custom-made, climate-controlled garage.

Cannon told the Times he is sad to see the collection go but that it is time. “My ex-wife and I split up in September 2019, and after selling the house, I didn’t have anywhere to store the cars,” he said. “I have been under pressure to sell them as part of the divorce. I am making the effort to sell them. It is not a distress sale, and I am not being forced into it, but it is sensible for me to sell them.”

Canon’s “magnificent” collection is scheduled to hit the block next week. Each car is available for view on the Duke’s website, and you can reach out to the auction house for more information if you’re interested in bidding.