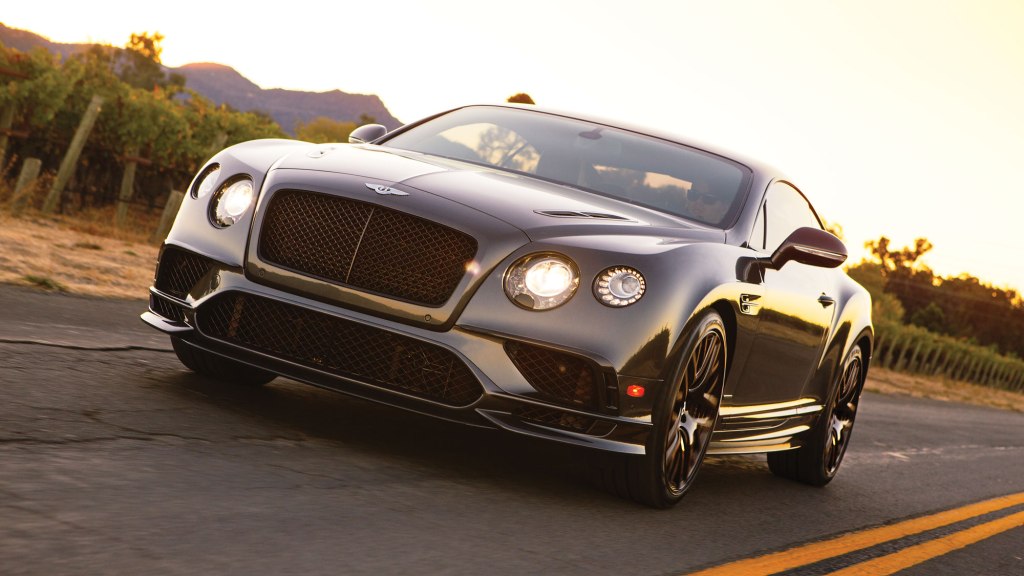 Currently the most powerful Bentley in production, the Continental Supersports is like an all-star linebacker on Dancing with the Stars—impressively big, deceptively quick, and impeccably dressed. “Loved the detail and drive of this car; impressed by the integration of both,” said David Bowman. For Antwane Owens, it was “a dream that delivered at both high speed and casual driving—a great daily driver, but could turn from Clark Kent to Superman in seconds.”

Giving the refined four-seater its gravitas is the marque’s 6-liter, twin-turbocharged W-12 engine—with 750 ft lbs of torque—and a soundtrack that Bernard Pump described as a “baritone exhaust note, like Winston Churchill’s bulldog.” The power-train configuration, which also includes a ZF 8-speed automatic transmission, allows the Supersports to sprint from zero to 60 mph in a blistering 3.4 seconds—a benchmark for Bentley.

To complement the power, the Continental Supersports also benefits from the marque’s enhanced torque vectoring system. The latter adjusts the braking power independently to wheels, optimizing responsiveness and control while cornering.

Despite the aforementioned advancements, a few of our reviewers related that the vehicle’s 5,412-pound curb weight was a detriment to performance. Mitch Bloom felt it was “too heavy for the power delivery to equate to great handling,” while Darren Enenstein experienced “understeer on sharper turns.” Some also found that the heft hindered braking, despite the size of the carbon-​ceramic system’s discs—the largest of their kind.

For most, however, the Continental Supersports is a premier example of Bentley’s famed exclusivity and engineering, “a luxurious locomotive,” according to Violet Grgich, with what Lee Carpenter called “a devilish power plant housed in a cathedral of an interior.” But perhaps the greatest compliment was from Melinda Pentz, who put it all in perspective: “I feel pretty in this car.” And that’s worth every penny of the price.