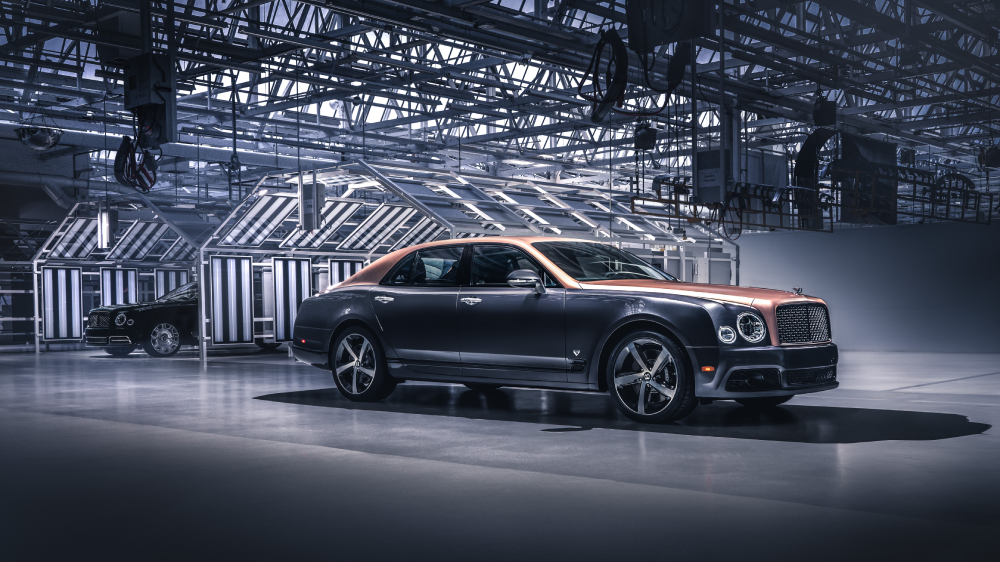 After more than a decade as the revered English automaker’s flagship vehicle, Bentley has officially ended production of the Mulsanne sedan.

Over the course of eleven years, 700 people spent 3 million hours handcrafting more than 7,300 Mulsannes at the marque’s facility in Crewe, Cheshire, helping the vehicle to earn a reputation as one of the industry’s finest products. The final thirty examples to roll out of production are part of a commemorative, limited-edition lineup to honor its stint at the top of the Bentley pyramid as it prepares to be replaced by the Flying Spur.

“The Mulsanne is the culmination of all that we at Bentley have learned during our first 100 years in producing the finest luxury cars in the world,” said Adrian Hallmark, Bentley Chairman and Chief Executive, in a statement. “As the flagship of our model range for over a decade, the Mulsanne has firmly solidified its place in the history of Bentley as nothing less than a true icon.  I am immensely proud of the hundreds of designers, engineers and craftspeople that brought the Mulsanne to life over the last ten years. Now, as we begin Bentley’s journey to define the future of sustainable luxury mobility through our Beyond100 strategy, the role of Bentley flagship is passed to the new Flying Spur.”

Bentley staff put the finishing touches on the Mulsanne.  Courtesy of Bentley

The Covid-19 pandemic prevented the usual fanfare that accompanies such a retirement. However, Bentley staff were still able to take socially distanced photographs with the final vehicles and share their thoughts about the cars on camera.

First launched in Pebble Beach in 2009, the Mulsanne was developed from the ground up at the Crewe headquarters with a unique exterior and interior design along with a revamped twin-turbocharged 6.75-litre V8 engine. The finished automobile underwent several more refinements and even spawned some variations of its own, all of which required intense skilled labor to fashion.

Even though the new Flying Spur is an equally sumptuous vehicle, it’s never easy saying goodbye to a classic.