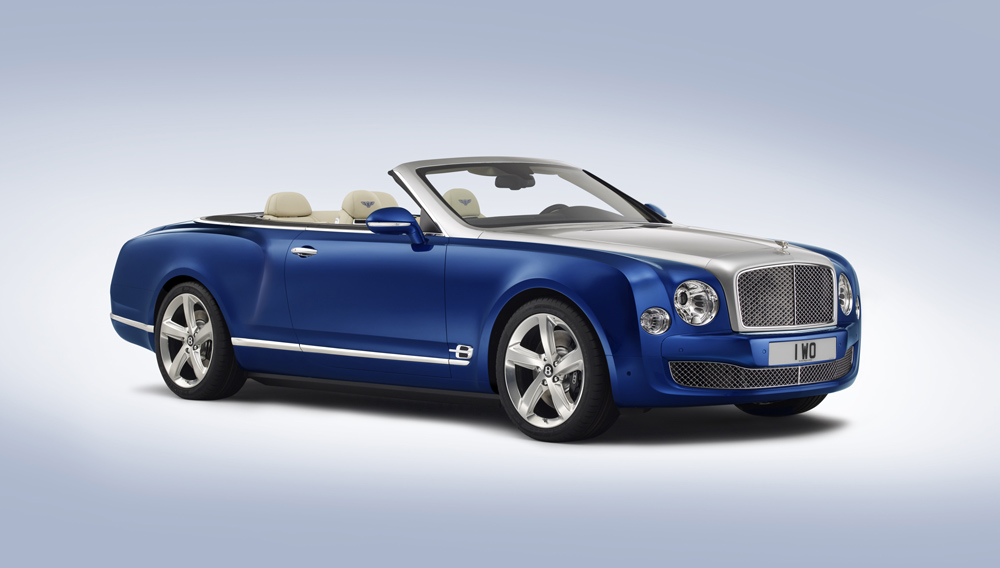 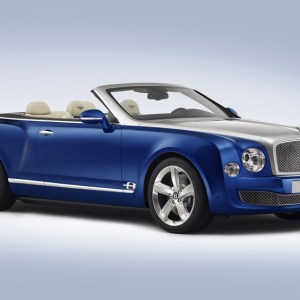 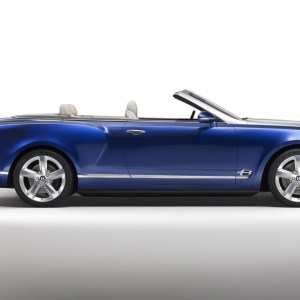 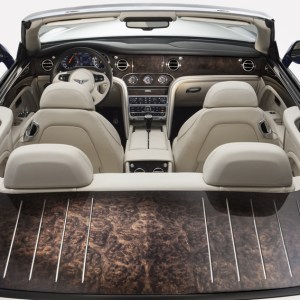 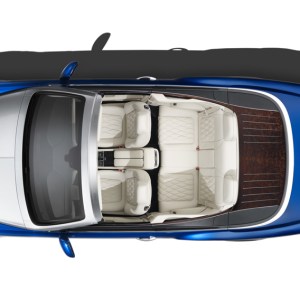 If the recently unveiled Bentley Grand Convertible concept were coming to market, it would be a direct competitor to the roughly $475,000 Rolls-Royce Phantom Drophead Coupé. The new Bentley concept features a 6.75-liter twin-turbo V-8 engine capable of extracting 530 hp and 811 ft lbs of torque. With this vehicle, Bentley combines the performance of its Mulsanne Speed with the open-air touring of its Continental GT Speed Convertible and a cabin that is swathed in two shades of leather (Linen and Beluga).

The Grand Convertible debuted in November with a Sequin Blue paint job. The designer Luc Donckerwolke, who is responsible for the Lamborghini Murciélago and some Gallardo models, spearheaded the Grand Convertible project. Bentley’s interior design team and skilled artisans created the new car’s electronically controlled wooden tonneau cover from dark-stained burr walnut; the handcrafted cover is the largest wood veneer ever seen on a Bentley. While there are no current production plans for the Grand Convertible, the concept is certainly promising for those desirous of an even grander Bentley convertible. (bentleymotors.com)