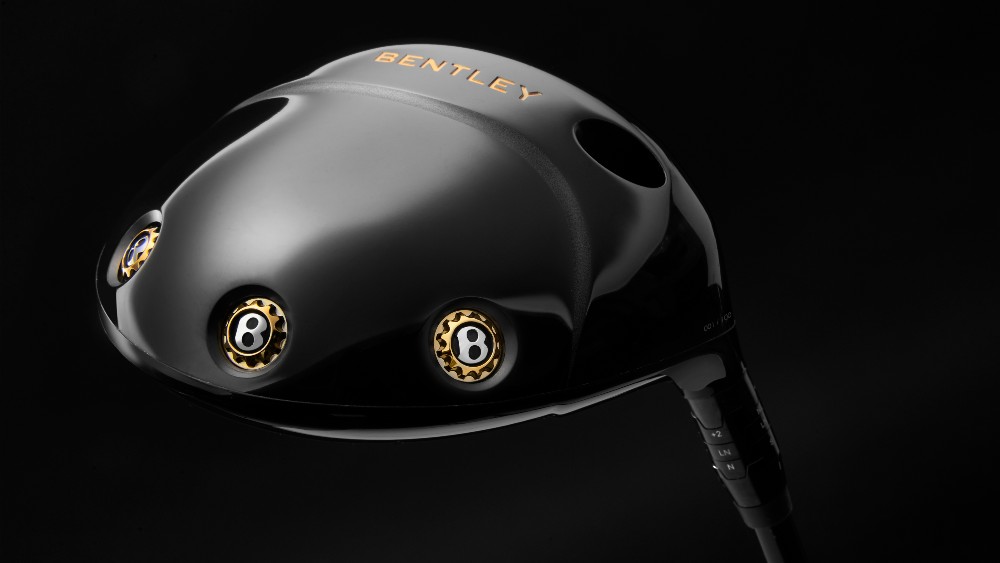 Bentley isn’t done celebrating its 100th birthday just yet. The British automaker, which was founded on July 10, 1919, has gone all out for its centenary, releasing special cars and keepsakes and unveiling an exciting new concept vehicle, the EXP 2020, which it says lays out its blueprint for its next 100 years of operation. And now the company has commissioned an exclusive set of anniversary-themed golf clubs.

Appropriately limited to a production run of just 100, the Bentley Golf Centenary Set seeks to unite the “worlds of luxury and craftsmanship with the finest in sports and performance.” Inspired by the look of the new Continental GT, each club is finished in black with tasteful Centenary Gold detailing. They also feature the company’s trademark diamond knurling on the grips, lines that reference its iconic haunch styling and replicas of the wheel caps from the EXP Speed 8 that won Le Mans on both the wood heads and grip end caps.

An iron from the Bentley Centenary Golf Set  Bentley

But Bentley knows that golf clubs need to do more than look good in your bag. Each iron features a titanium face and carbon-fiber back, allowing for more power and control right from tee off. The two classic teardrop-shaped wedges, with lofts of 52” and 58,” have CNC-milled faces, with full-face grooves and back cavities. Each of the titanium woods has an interchangeable shaft, while the driver has a cryogenically frozen face that ensures higher performance. Finally, the putter is made from high-density 303 steel and super soft aluminum that’s complemented by carbon-fiber detailing.

As you’d expect, each limited-edition set will be serialized, as will the matching black-and-gold bag and club covers that come with it. The clubs are available to order directly from Bentley for $15,999. Shipments start this month.

Surprisingly, the golf set isn’t the most expensive keepsake that Bentley has released this year. That title belongs to the Bentley Centenary Opus, a massive, 66-pound book covering to the automaker’s first century of operation. Limited to just seven copies, the tome’s diamond edition will set you back a staggering $250,000. So, you now have myriad ways to help Bentley celebrate its 100th.