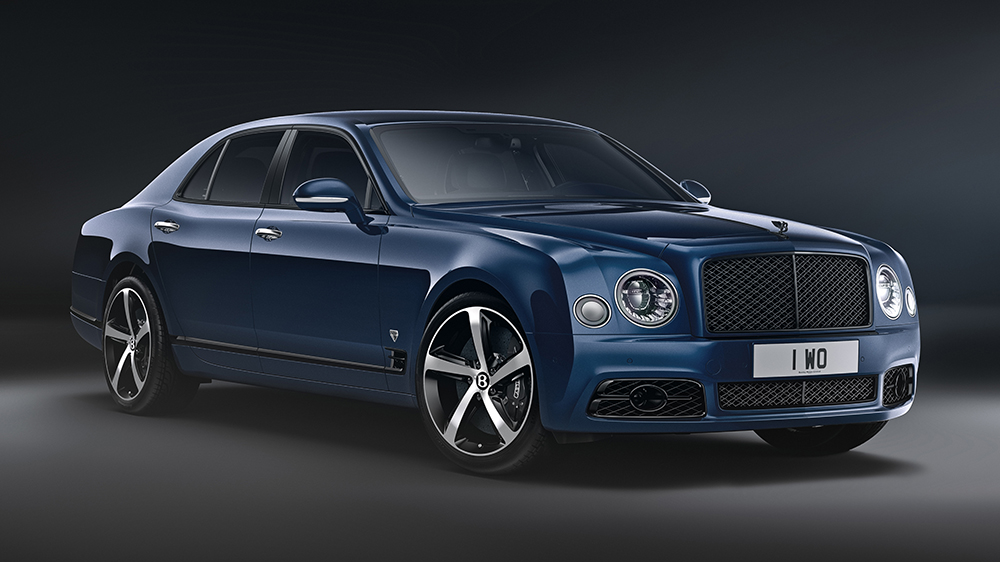 Bentley is about to pull the plug on its iconic Mulsanne model, but not before giving it a sendoff worthy of its legendary status.

The beautifully angular Mulsanne has acted as Bentley’s flagship vehicle for years, but the luxury British automaker is finally preparing to retire it in favor of the Flying Spur. As a way of celebrating its revered place in automotive circles, the company will produce a tight run of 30 units dubbed Mulsanne 6.75 Edition as its final act. And at first blush, the results look to be worth the effort.

Built by Mulliner, Bentley’s limited-edition and custom branch,  the 6.75 Edition will be manufactured through the spring of this year before staff and resources are redeployed elsewhere within the company. The limited-edition model is steeped in the brand’s heritage and even takes its numerical name from the 6.75-liter engine, which has been in continuous production for 60 years, making it the longest-serving V8 engine in the world. The team went so far as to design the interior ventilation controls to resemble the engine oil caps.

“The Mulsanne has played a pivotal role in maintaining Bentley’s position as a global leader of the luxury limousine segment,” said Chris Craft, a member of Bentley’s board, in a statement. “The flagship of our model range, its longevity is a testament to our ongoing commitment to hand-building the finest motor cars in the world.”

The Mulsanne was phased out of production amid a shift in customer preferences that include concerns for the environment. In response, Bentley plans to offer hybrid options on all of its models by 2023. The Mulsanne’s demise has not, however, diminished interest in the Bentley brand, the company says. “This decision has been taken at a time when we are experiencing significant customer demand across our other existing model lines,” Craft continued.

Bentley originally named the model Mulsanne starting in 1980 when it created a version of the Rolls-Royce’s Silver Spirit and ceased doing so in 1992. It was then reintroduced in 2010. No such such comeback seems likely this time around making this last act that much more special.

Check out more photos of the Mulsanne below: