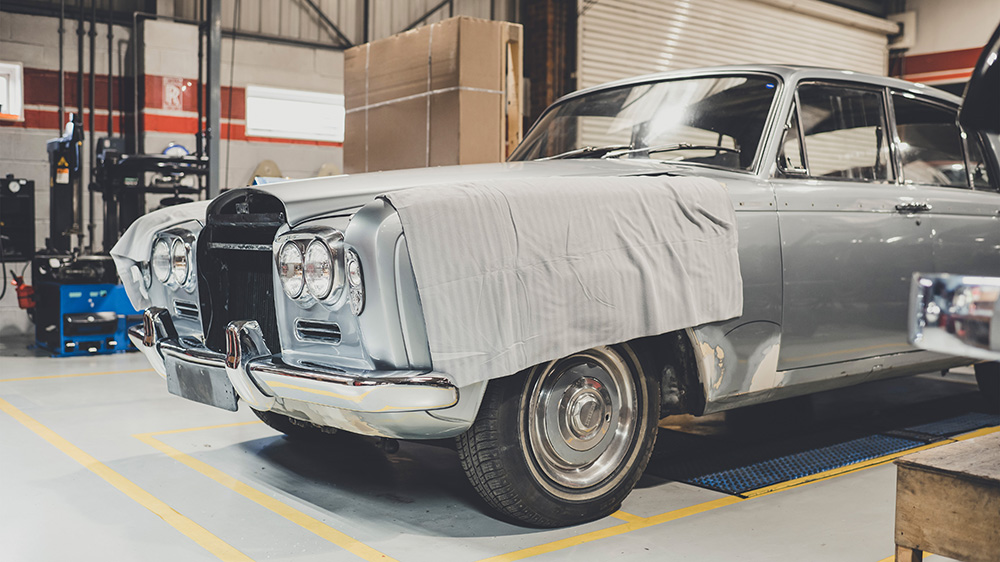 Sometimes, the only people to trust with a restoration job are those that built the thing in the first place.

Bentley is currently hard at work bringing the original T-Series sedan back to life, according to a press release. And now, six years after the process initially began, the end is finally in sight.

The Shell Grey-over-blue car was the first T-Series to roll off its assembly line on September 28, 1965. The direct successor to the S-Type would make its official debut the next week at the Paris Motor Show and was a radical step forward for the brand. Notably, it was the automaker’s first vehicle to utilize a unitary construction method, meaning it had a monocoque instead of the separate chassis and body technique that had previously been employed. Bentley would build 1,868 examples of the first-generation T-Series before introducing the T2 in 1977, which would remain in production until 1980.

A group of Bentley apprentices and specialists began restoring the first T-Series, which had spent decades off the road and in storage, in 2016. Before they could get too far, the project was put on hold so that the automaker could focus on its current lineup and explore which of its models were primed for electrification. The company is ready to return its attention to the historically important four-door, though, and its 222 hp-rated V-8 was recently restarted for the first time in 15 years.

Despite the extended rest, the mill and transmission are said to be in “good” shape, and there’s a belief they can be returned to as-new condition. That feat would allow the car to sprint from zero to 62 mph in 10.9 second and hit a top speed of 115 mph, both of which are quite impressive marks for a saloon of the era.

The marque said it expects work on the T-Series VIN 001 to last at least another 18 months, but that it should be complete before the end of 2023. Once returned to its former glory, the saloon will join Bentley’s expanding lineup of Heritage Collection road-going cars.

Bentley’s future may be electric, but thankfully the marque has no intention of forgetting its rich past.

Check out more photos of the first T-Series below: