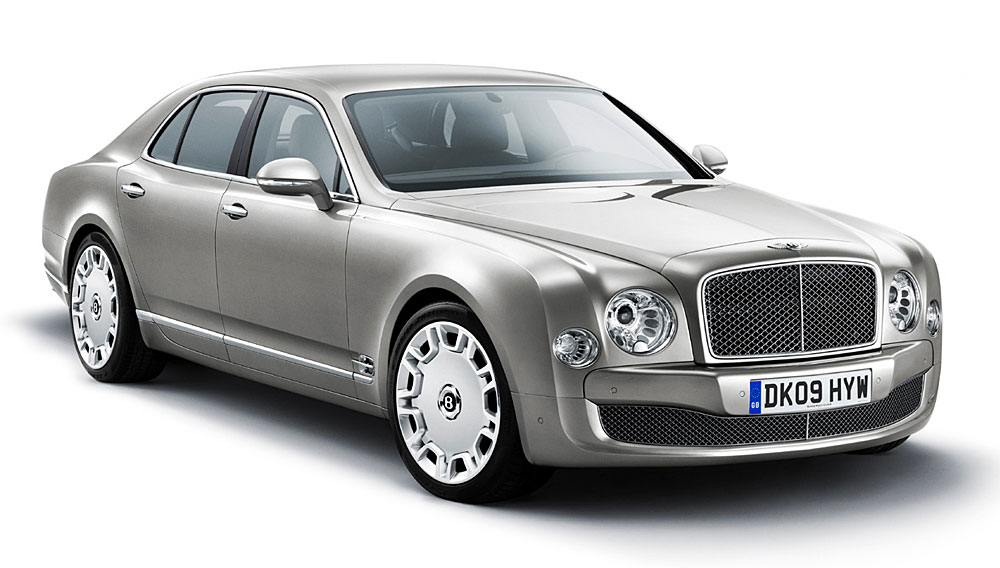 Following its dramatic debut in 2009 at the Concours d’Elegance in Pebble Beach, California, the very grand 2011 Bentley Mulsanne is rolling closer to the showroom. Now, Bentley Motors has revealed model details and production plans for this successor to the vaunted Arnage sedan, as well as a price. The first Mulsanne is expected to roll down the assembly line this spring, and by the fall the car will begin arriving in American showrooms. The price: a cool $285,000, but for that sum, buyers will take possession of a stunningly advanced, outrageously sumptuous package.

Beneath the Mulsanne’s vast hood resides a 6.75-liter twin-turbo V-8 engine producing 505 horsepower and a titanic 752 foot-pounds of torque at only 1,800 rpm. Perhaps no vehicle on the planet offers the Mulsanne’s degree of personalization. To wit, buyers can choose from among 114 colors of paint, a palette that includes special Bentley “heritage colors,” satin and pearlescent finishes, and a selection of two-tone combinations.

Equally dazzling, the interior (which requires 170 worker hours to craft) offers 24 colors of hide, nine wood veneers, and 21 colors of carpeting, with a 20-speaker, 2,200-watt Naim audio system (the most powerful ever fitted to a production vehicle) providing the soundtrack.

“We once tried to calculate all the possible permutations of exterior color, wheels, interior trim features, veneers, main hide, and secondary hide,” says Melinda-June Jenkins, Bentley’s head of color and trim. The answer? Jenkins concluded that there are more than a billion possible combinations—which means that at its current rate of production, the Bentley’s factory in Crewe, England, could build Mulsannes for 100,000 years before making two identical cars. Although it will be almost a year before the Flying B’s new flagship lands on American roadways, the company reports that customer interest has already exceeded 2010’s planned production run. (www.bentleymotors.com)