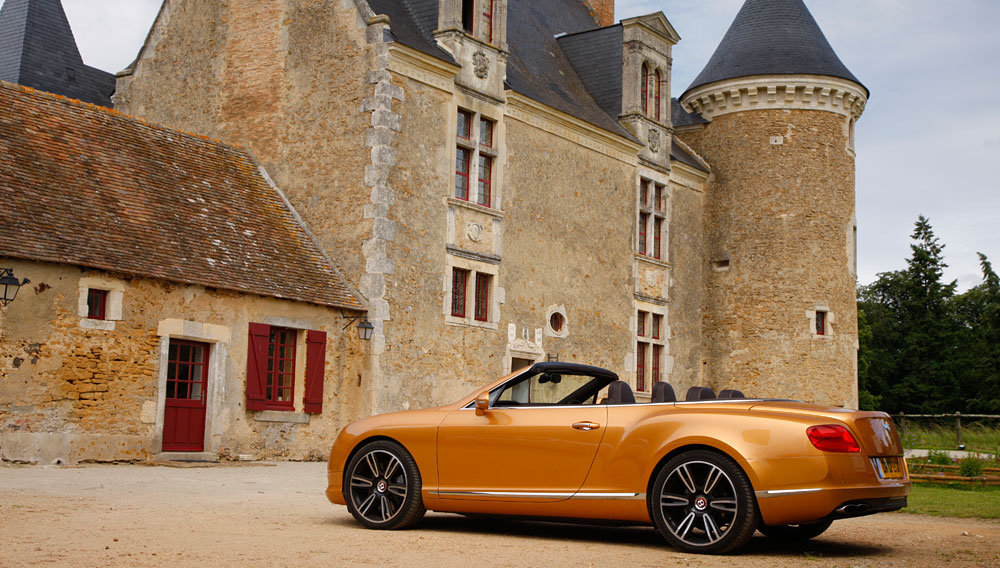 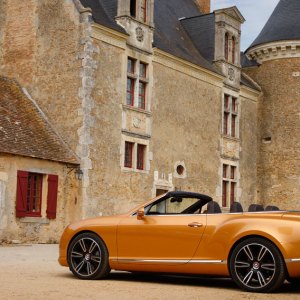 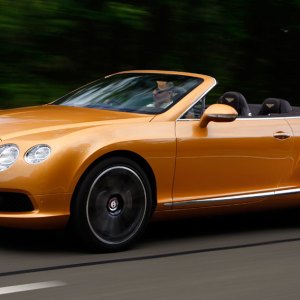 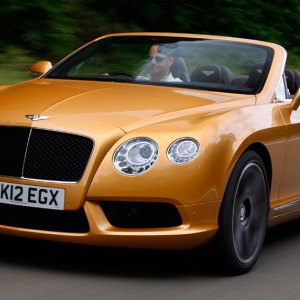 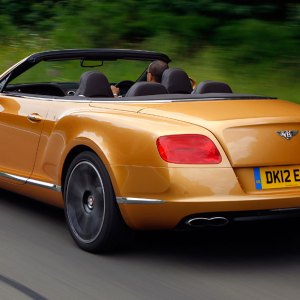 The 600-mile drive from Crewe in the United Kingdom to Le Mans, France, is a visually lush but potentially arduous journey that negotiates channel crossings, toll roads, and lengthy expanses of expressway. In other words, it’s an ideal test of the man/machine ergonomic interface and a vehicle’s potential for providing insulation and entertainment over extended stretches of time.

Earlier this year we made the trip from Bentley headquarters in Crewe to enjoy the 24 Hours of Le Mans races, joining a caravan of V-8- and W-12-powered Bentley Continental GTs from drizzly Point A to pastoral Point B. Our surprise? Just how much we enjoyed the smaller-engined steed.

Not that the twin-turbocharged, 6.0-liter, 12-cylinder coupe isn’t without its charms: with 567 hp and a thumping 516 ft lbs of torque on tap, this 5,115-pound two-door can whisk itself to speed with disarming effortlessness. The 6-speed transmission’s gearshifts are nearly invisible, and the engine’s characteristics typify the torquey, low-revving qualities characterized by the British brand.

However, the twin-turbocharged, 4.0-liter V-8 model offers an unexpectedly compelling alternative. Never mind the $15,900 savings; the benefits here are purely palpable from the driver’s seat. Mated to an 8-speed transmission—two more gears than are offered with the W-12 engine—this engine feels equally ready to whoosh the car forward, lurching with elegant ease. The powerplant is situated closer to the car’s center, enabling nimbler handling and a spritelier feel on twisty back roads, and though the weight savings are nominal, the 8-cylinder model nonetheless manages a comparable command of the road.

With up to 25 percent better fuel economy thanks to active but imperceptible cylinder deactivation (which shuts off 4 cylinders whenever possible, essentially running on half an engine), the 8-cylinder model also means less refuels and more time spent inside the gorgeously trimmed interior. Our tester was clad with optional niceties like quilted leather with massage functions, a buttery soft leather headliner, and contrast stitching, all of which add a certain panache to the road trip proceedings. Amazingly, its theoretical range might have gotten us to Le Mans nonstop, but our lead-footed driving habits (and our 12 compatriots driving thirstier 12-cylinder models) necessitated a refuel.

With the V-8 model’s 8-speed transmission finally making it into the GT Speed model, and later into the standard 12-cylinder GT version, the performance gaps might eventually narrow between the larger- and smaller-engined Continentals. But as a long day behind the wheel has revealed, there are few ways to cross the pond that are as relaxing as either of these two fleet, luxurious grand touring coupes. (www.bentleymotors.com)