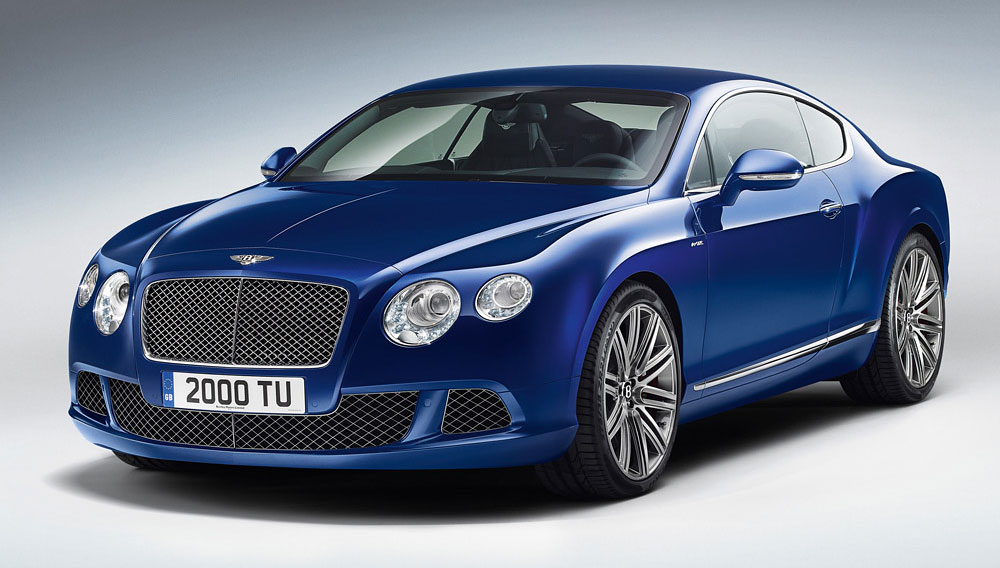 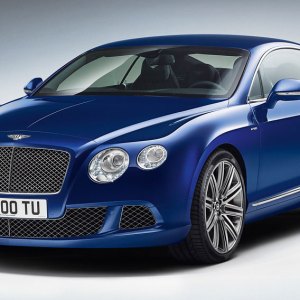 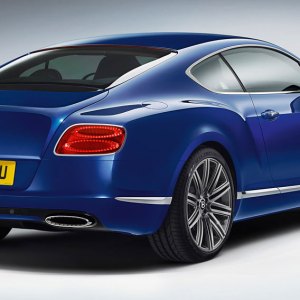 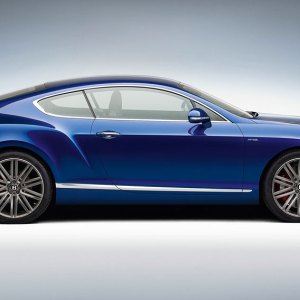 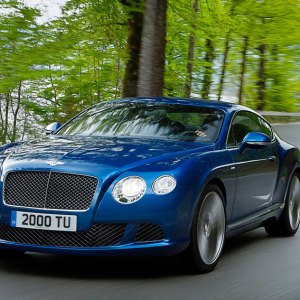 Let’s cut to the chase: With a top speed of 205 mph, the 2013 Bentley Continental GT Speed is the fastest production car ever to wear the Flying B. The standard Continental GT, revised inside and out for 2011 and capable of 198 mph, hardly wants for velocity. But it’s a Bentley tradition to up the ante, and the new Speed does just that.

Thanks to a host of revisions to the car’s 6.0-liter twin-turbo W-12 engine, horsepower is up 49, to 616, and torque jumps by 74 ft lbs, to a monumental 590. A new close-ratio 8-speed automatic transmission from ZF delivers all that power to the pavement via an all-wheel-drive setup with a 60 percent rearward bias.

Sixty miles per hour arrives in a blistering four seconds flat (no small feat for a grand-touring automobile that weighs more than a Range Rover), and it bears repeating that the Speed will live up to its name with a 205 mph top speed. It’s worth noting that despite its stupefying performance, the Speed’s new gearbox helps reduce fuel consumption by an impressive 12 percent.

Of course, there’s more to this new Speed than a power bump. Bentley’s engineers have revised the suspension and steering to help the big coupe make the best possible use of its newfound oomph. Ride height has been lowered, benefiting both agility and appearance, and the car rolls on unique 21-inch wheels wrapped in ultrahigh-performance 275/35R21 Pirelli PZero tires. Inside, the car boasts Bentley’s sumptuous Mulliner Driving Specification, along with a passel of Speed-specific design cues.

Bentley dealers have begun taking orders for the 2013 Continental GT Speed, with deliveries set to commence sometime this month. The company hasn’t shared pricing yet, but expect the Speed’s sticker to eclipse that of the $193,250 Continental GT coupe by at least $25,000. Such is the price of supremacy. (www.bentleymotors.com)