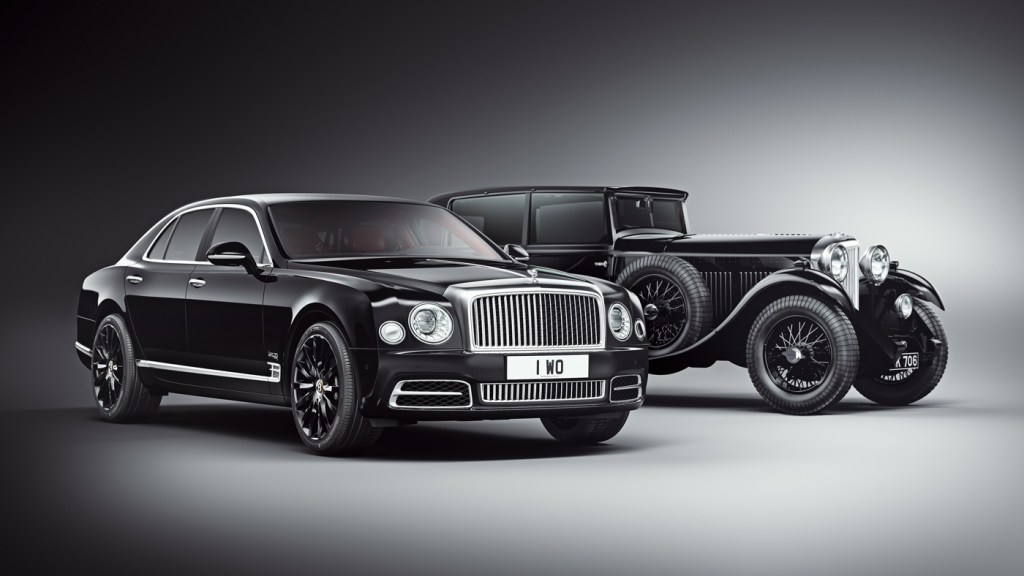 Back in 2006, Bentley Motors reacquired the famous 1930 Bentley 8 Litre sedan designed and driven by the company’s visionary founder, Walter Owen (W.O.) Bentley. As part of the car’s restoration, its mighty 7,983 cc straight-six engine was rebuilt and its 76-year-old crankshaft replaced. Like that closing scene from the film Raiders of the Lost Ark, the classic crankshaft was packed away in a wooden crate and placed in storage.

Fast-forward to early 2018 and Bentley designers were finalizing their plans for a very special-edition version of the flagship Mulsanne. It would celebrate the British automaker’s upcoming 100th anniversary in 2019 and pay homage to the founding father of the marque.

What better way to link old and new than to somehow incorporate that original crankshaft into the new car? So, the wooden crate was retrieved and the crankshaft was delicately sliced into 100 individual pieces.

Open the rear door of the just-announced 2019 Bentley Mulsanne W.O. Edition by Mulliner, and there, exquisitely displayed beneath a piece of glass in the highly bespoke rear armrest, is a sliver of the original crankshaft.

“It is a slice of history in the truest sense, and a very special way of incorporating a genuine part of Bentley’s heritage into this very special car,” says Mark Del Rosso, president and CEO of Bentley Motors Limited.

Just 100 examples of the 2019 Bentley Mulsanne W.O. Edition by Mulliner will be offered worldwide—a mere 20 being earmarked for the United States. The few lucky buyers will be able to specify their car in any of the three Mulsanne versions available: Standard Wheelbase, Extended Wheelbase, or high-performance Speed. Customers will also be able to select the color of their choice, though most are expected to choose the Onyx with Beluga black wheels to reflect W.O. Bentley’s own classic 8 Litre.

Inside, the best-of-the-best materials from the Mulliner bespoke division’s stash are used. The Fireglow Heritage leather, for instance, has the soft patina you see in vintage cars like W.O.’s 8 Litre. The founder’s signature appears on the Burr Walnut dashboard and rear armrest and is also embossed on the seats.

A piece of the original crankshaft from W.O. Bentley’s own 1930 Bentley 8 Litre is displayed in the rear armrest.  Photo: Courtesy Bentley Motors Limited.

The 2019 Bentley Mulsanne W.O. Edition by Mulliner makes its public debut at Monterey Car Week in California next month. While official pricing has yet to be announced, $400,000-plus for the Standard wheelbase version should be a good guideline. Deliveries of this true collector model are expected to commence in early 2019.