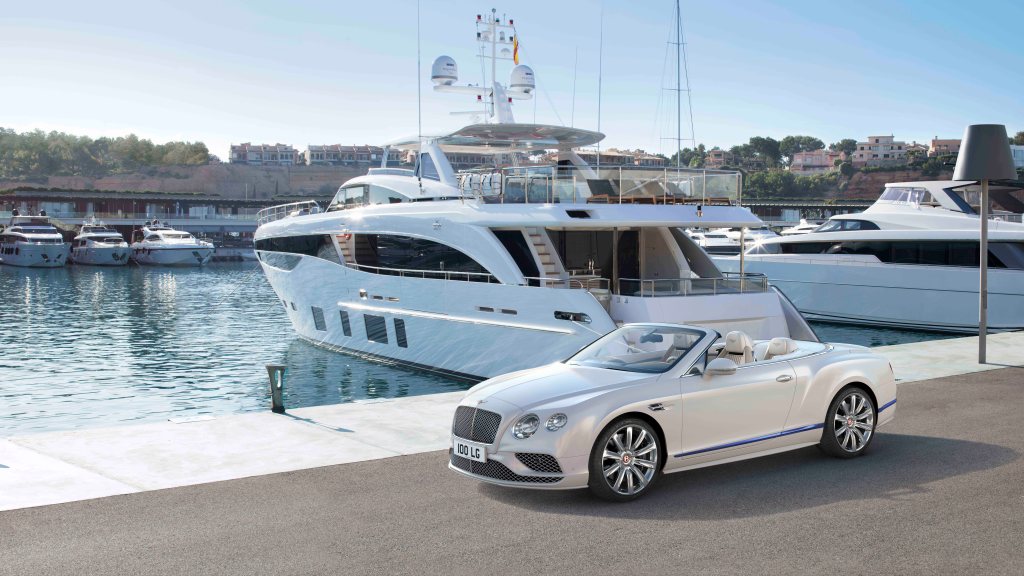 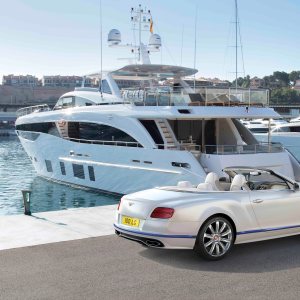 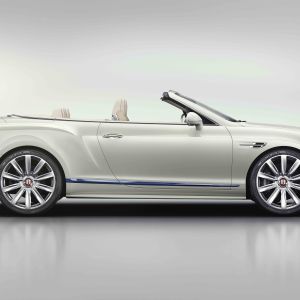 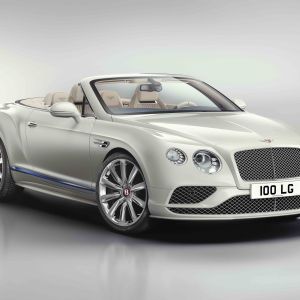 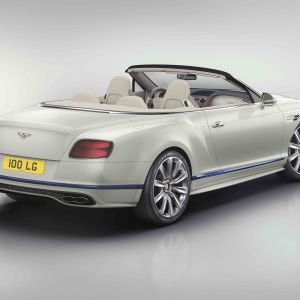 Mulliner, Bentley’s bespoke commissioning division, worked side by side with Princess Design Studio to create Galene, a convertible inspired by Princess Yachts’ M-Series superyachts. The white exterior has a sequin-blue stripe on its brightwork that mimics a Princess hull’s glistening water line, as if the sea is lapping against the hull. The darkened front and rear lights resemble the tinted windows on its superyachts, while the dark-blue hood completes its sporty, oceangoing look.

The nautical design cues continue throughout Galene’s interior. Mulliner created an entirely new material finish, a pinstriped walnut veneer, to give the sense of being surrounded by teak decks. The carmaker has also commissioned renowned artist Jaume Vilardell to actually illustrate the interior fascia panels with a bespoke drawing of a Princess yacht, along with the coordinates of its shipyard in Plymouth. The hand-stitched seats and door panels, reaching the same quality found on the Princess M series, provide the perfect accompaniment to the console.

The collaboration between these two iconic British brands is not particularly surprising. Princess and Bentley Motorsport announced a three-year sponsorship deal earlier this year that brings the worlds of yachting and motor racing together at racing events where Bentley’s Continental GT3 will be competing.