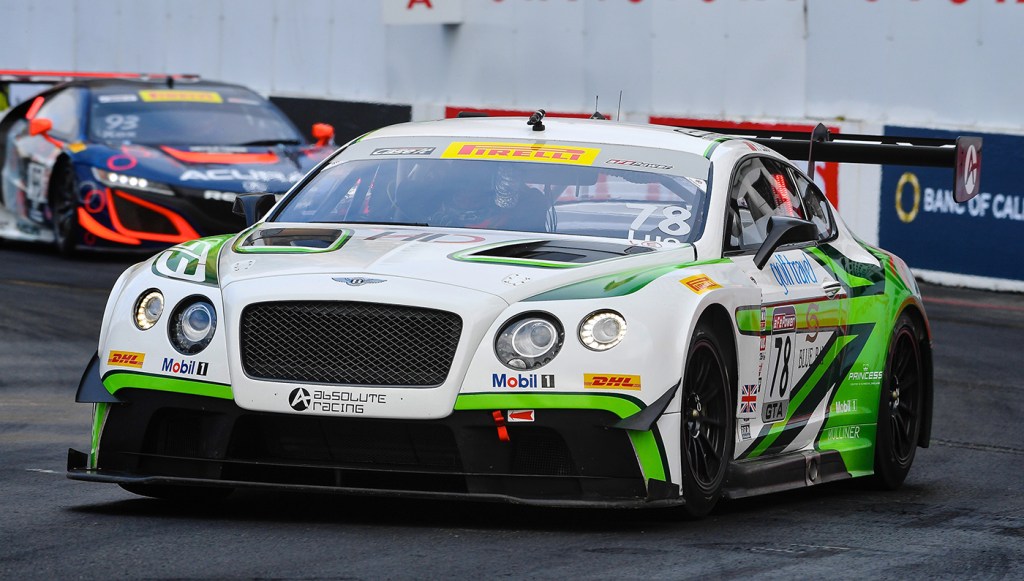 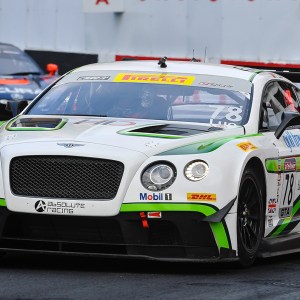 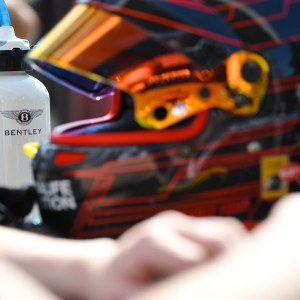 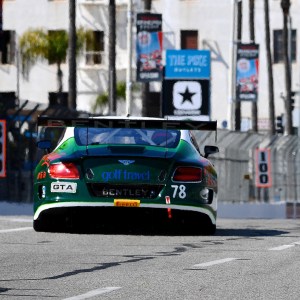 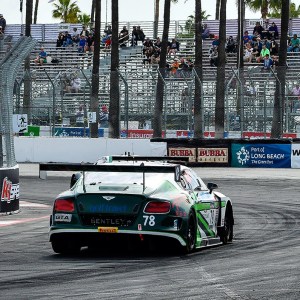 This year marks the third season for Bentley’s campaign in the Pirelli World Challenge, a fiercely competitive GT3 sports car racing series in North America. At first blush, Bentley’s opulent road cars look better suited to cruising down Sunset Boulevard in Beverly Hills than to rubbing fenders on the hairpin at the circuit in Long Beach, Calif. But Bentley has a rich racing history; the marque first won Le Mans in 1924 with the Bentley 3-Litre Super Sport, a 70-horsepower car that weighed nearly two tons.

Times have changed, but Bentley marketing director James Pillar, who previously worked for Ferrari, says the brand was ripe for going back to the track.

“Back in 2011, we were seen as a little traditional by the new customers,” Pillar says. “We needed to contemporize.”

The company discussed returning to Le Mans, but decided to compete in a more affordable GT3 series instead. In North America, that meant going to the Pirelli World Challenge rather than the better-known IMSA WeatherTech Series (which includes both GT and Prototype car categories).

“With World Challenge you can be first across the line,” Pillar says. “And then Aston Martin, McLaren, and Porsche teams show up as well, so it’s GT versus GT. And that’s what we really wanted.”

The racecar is based on the road-going Bentley Continental GT and uses almost all of that car’s body shell. The doors, hood, trunk lid, and rear wing are made of carbon fiber. While the racing program strives to keep as much of the original equipment as possible (down to the chrome shift paddles on the steering wheel), there are some significant differences. For one, the GT3 car weighs about 2,200 pounds—or one ton—less than the road car. “That’s a lot of leather,” Pillar jokes. Its 4-liter twin-turbo V-8 engine uses the same block as the production Continental GT V8, but is specifically tuned for racing, putting out up to 600 hp. Per World Challenge regulations, the Bentley GT3 drops the road car’s all-wheel-drive setup for a rear-wheel-drive configuration.

While Bentley doesn’t have a “works” (fully owned manufacturer team) in the North America, the marque collaborates more closely with its customer teams than other manufacturers.

“If you look at our competitors, they’ll sell 100 cars, and if you want someone to come and see you, you pay them,” says Tom Hodgson, technical manager of race engineering for Bentley Motorsports. Instead, Bentley essentially lends its racecars—which cost about $800,000 each—to private teams and provides a race engineer, technical support, and parts.

Bentley currently has 10 factory cars running worldwide in five different series, including two in the World Challenge run by Absolute Racing. At this year’s Long Beach Grand Prix, Bentley’s No. 78 car, driven by 18-year-old Yufeng Luo, finished 17th overall. The No. 88 car, driven by 27-year-old Adderly Fong, was damaged in qualifying and wasn’t able to start. But there will be more chances to win. Other tracks on the schedule this season include Road America in Elkhart Lake, Wis.; Circuit of the Americas in Austin, Texas; and Laguna Seca in Monterey, Calif.

Will Bentley ever go back to Le Mans? “Rather than bigger, the better answer is certainly looking at the products coming down the line in the next two or three years,” Pillar says. Specifically, Pillar points to developments in alternative power train technologies and electrification. “We showed the EXP 12 Speed 6e in Geneva and that shows very clear intent for Bentley. It’s a fantastic, exciting time for the auto industry.” (bentleymotors.com; world-challenge.com)