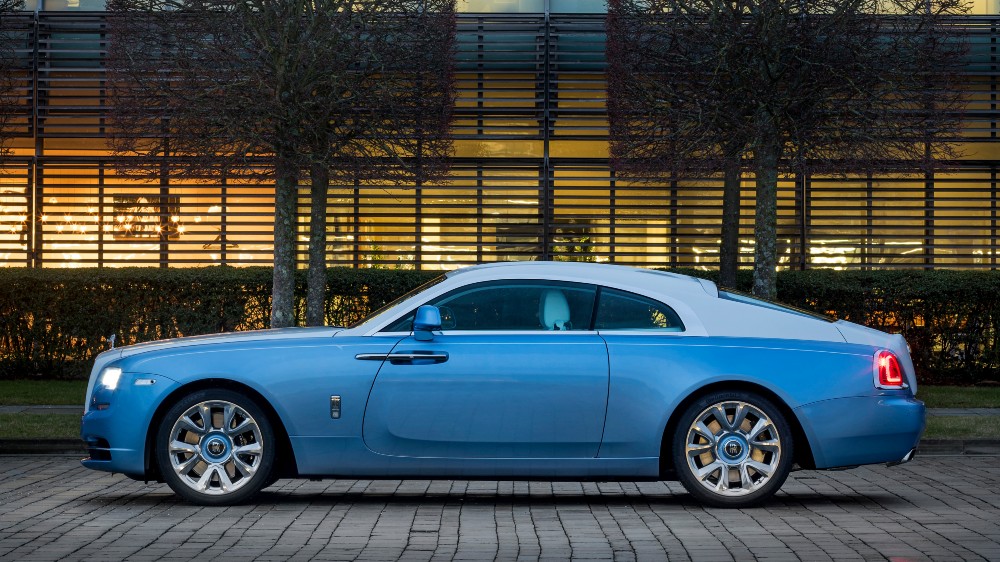 Rolls-Royce takes customization seriously. Time and time again, the storied automaker has shown itself more than willing to customize its cars to its customers’ wishes, no matter how grandiose. Which is why the automaker’s Bespoke Design team was likely nonplussed when it was asked to decorate the interior of one of its Wraiths with a giant embroidered falcon.

Dubbed the Falcon Wraith, the deluxe coupé features an intricately embroidered image of the world’s fastest bird, the peregrine falcon, on its leather headliner. Consisting of around 250,000 stitches, the incredibly detailed design took the automaker’s customization unit over a month to conceive and develop.

The design, which the brand calls its “most detailed ever single embroidery,” showcases the fearsome bird of prey, which can fly as fast as 200 mph, coming through the clouds with its wings outstretched. Rolls-Royce spared no effort to create the design. The hand-embroidered image, which is as detailed as a photograph, required so many stitches that extra care had to be taken to make sure it would not warp the Charles Blue leather headliner. Members of the Bespoke Design team were even dispatched to observe the bird in nature early in the development process to make sure every detail was captured just right.

“The design required hours of observation of a Peregrine Falcon—we needed to understand the musculature, the movement, the shading of the feathers,” said Rolls-Royce specialist Josh Liles in a press release. “We wanted the bird to adopt an alert and predatory stance. We created multiple iterations of the embroidery—the direction, length and spacing of the stitch can have a great impact on the final image.“

The jaw-dropping headliner art isn’t the Wraith Falcon’s only nod to its namesake. An abstract image of the falcon’s wing appears throughout the car’s interior, including on the seats and its piano-finished fascia. The same design is also hand-painted onto the exterior’s Bala Blue and Andalusian White two-tone color scheme.

While no price was disclosed, customization this detailed does not come cheap. It’s fair to expect the Falcon Wraith’s cost to be well north of the car’s normal $322,500 starting price. Check out more images of the custom job below: