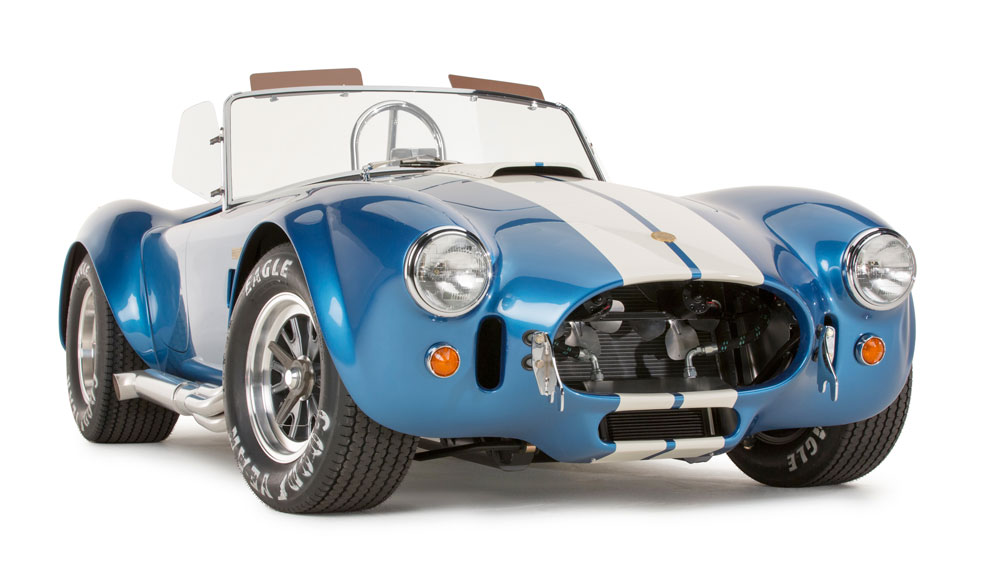 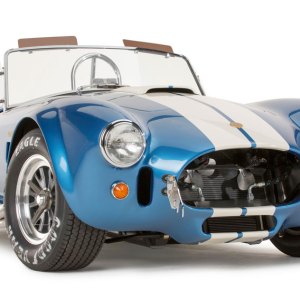 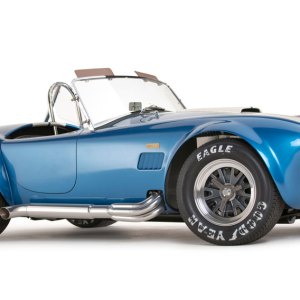 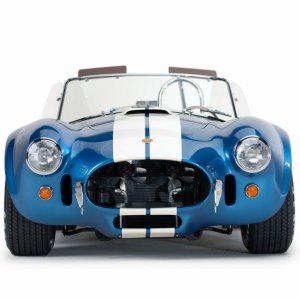 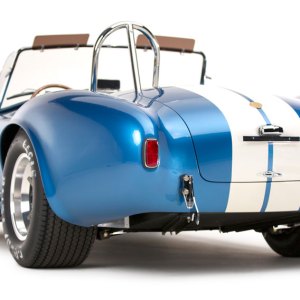 In 1965, Shelby American fitted 51 AC Cobras with Ford 427 engines, intending to race the car model in that year’s International Automo­bile Federation manufacturers championship series. When the car, known at the time as the Cobra Mark III or the big-block Cobra, failed to achieve homologation status due to low production numbers, some examples were sold to privateer racers and the rest were detuned for street use. The road car became known as the Cobra S/C, for “semi-competition” or, some say, “street competition.” Earlier this year, Shelby American launched the 427 Cobra S/C 50th Anniversary Edition. The company is building only 50 examples, which have sold already. However, according to a Shelby American spokesman, some of the cars may still be in the hands of Shelby dealers.

Distinguishing the anniversary edition from the standard 427 Cobra S/C model that the company sells are gold-colored badges on the hood, trunk, front fenders, steering wheel, and floor mats. Each car’s serial number is engraved on an engine plate. As with the other Cobras that Shelby offers, each example was sold as a “roller”—a complete chassis and body with a fully trimmed interior. Buyers, usually with a dealer’s help, have a Ford V-8 engine and a transmission installed. The bodies, which were assembled and finished at Shelby American’s facility in Las Vegas, are made of fiberglass ($120,000) or aluminum ($180,000). The fiberglass bodies were painted blue with white stripes. The aluminum bodies were available with the same paint scheme or could be finished with a clear polish and adorned with a brushed-aluminum stripe.