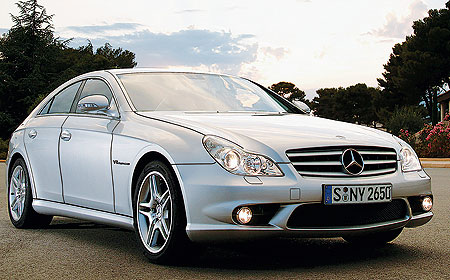 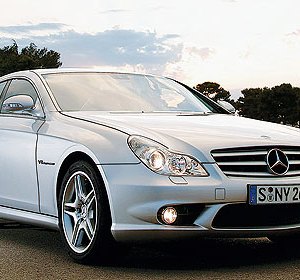 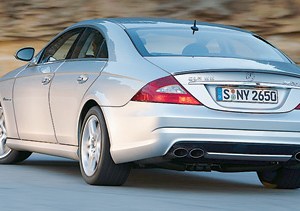 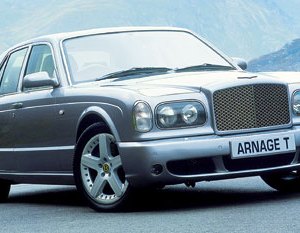 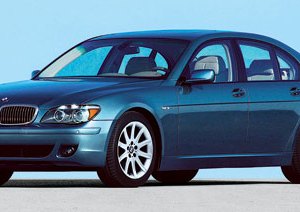 These paragraphs will not be the first to observe that ours is (among other things) a hyperactive and unfocused age, in which sound bites substitute for substance, amorous fulfillment is most readily obtained from a pill, and dramatic plots serve merely to furnish cinematic opportunities for vehicular slaloms or adrenaline-drenched combat sequences. Popular culture has, to a degree, made speed junkies of us all, reducing our every experience—however significant or small—to a cheap thrill. Automobile design and performance alike reflect this predilection for subordinating the cerebral to the purely visceral: Mass is emphasized over finesse, attention-grabbing good looks over true style, raw power over sophisticated handling. The drawing boards (or rather, the CAD programs) of car designers have turned out in recent years very few true classics—cars whose concept and execution successfully integrate cerebral pleasure with visceral appeal. Such a rarity is Mercedes-Benz’s swift and elegant 2006 CLS55 AMG ($87,000).

This super-charged adaptation of Mercedes’ much-touted “four-door coupe” rides on the chassis of the comparatively stodgy E500 sedan. While the more subdued CLS500 is powered by a 5-liter V-8 whose 302 hp channels through a 7-speed automatic transmission, the CLS55—like its E-Class counterpart—delivers to the incurable adrenaline addict his or her necessary fix by means of its 5.5-liter supercharged V-8, which pumps out 469 hp and 516 ft lbs of torque, all of which Mercedes engineers have nimbly harnessed by means of a butter-smooth 5-speed transmission. The CLS55 also shares with the E55 sedan the high-performance braking system, Airmatic DC semi-active air suspension, and signature five-spoke light-alloy 19-inch wheels with wide-base tires that we have come to associate with AMG’s fortissimo variations on the factory theme. This combination—despite the CLS’ slightly greater length and width as compared to the E55—allows this sedan-cum-supercar to surge forth at the press of the accelerator with a force and grace that suggests the automotive equivalent of Wagner’s overture to “Die Walküre.” The CLS55’s transmission conducts this four-wheeled crescendo with confidence, scaling up its raw might to an electronically limited top speed of 155 mph with the tense assurance, poise, and precision of a virtuoso violinist’s fingers working the frets of his instrument. The result is a commanding yet refined driving experience, in which the tethers of inertia and friction seem to slip away.

But the true thrill to be had from the CLS55 comes not from the foot or hand, but through the eye. Plenty of automobiles can slake the driver’s lust for thrust (including Mercedes’ long-extant E55), but few do so in a form as classically correct and beguilingly innovative as the CLS. Certain shapes—the Le Corbusier chair, for instance, or the Barcelona chaise—have become so iconic as to give the illusion they were not invented but are, in the Platonic sense, divine ideals of which we mortals can but make dim copies. This composition approaches such timeless simplicity: The CLS body’s sweeping curves and strong angles might have emerged from a NASA wind tunnel; yet its dartlike profile could just as easily have been drawn with the stroke of an 18th-century quill, beginning as it does with a bold liquid line that ends in a sharp slice. The interior, with its matted burl panels, subtle accents of chrome, and curvilinear cockpit, reflects the same design sense. Controls are, for the most part, intuitive, although Mercedes’ DVD navigation system can prove challenging. The seats—upholstered in nappa leather with Alacantra panels—are pure, cushioned comfort with adjustable pneumonic support for the passenger and driver; in the rear, a floor console eliminates the third seating position, which is just as well given the somewhat reduced aft headroom: This is, after all, the world’s first four-door coupe. And it is an encomium well earned: No recent sedan has achieved so perfect an amalgamation of style, strength, subtlety, and pure mind-numbing fun, save perhaps for the Maserati Quattroporte. And with its suggested list price of less than $90,000, the CLS55 even can be considered a reasonable, if not cheap, thrill. But of course, no one (even in this vulgar age) can put a price on this classic balance of beauty and brawn.  —Brett Anderson

T is for Torque

In an age when marketing the heritage of ultraluxe carmakers has been elevated to an art form, the Bentley Arnage endures as the unusual model that can trace its lineage directly to the marque’s golden age. (Neither the Phantom nor the Maybach, exceptional automobiles both, can make that claim.) The Arnage comes in two forms—the slightly detuned R and the high-performance T—but for enthusiasts, the Bentley Arnage T ($235,000) is the only choice. With 645 ft lbs of torque, the T delivers an incomparable sensation of forward momentum; a Ferrari or an Aston Martin will bring you to 60 mph more quickly, but neither can match the pull created by the Bentley’s twin-turbocharged V-8. The feeling is especially stunning given the car’s size and beautifully crafted interior.

The BMW 760i ($110,000) represents the first time that BMW has offered a short-wheelbase variant of its range-topping 12-cylinder sedan in the United States. A more maneuverable car, it will appeal to serious drivers who do not require the limousine-like rear seat space of the 760Li. With swift acceleration from the 438 hp engine, precise steering, and a stiffer ride courtesy of aftermarket-style 20-inch wheels, the 760i has a surprisingly sporting demeanor for a luxe sedan.

Those who usually send their cars directly from the dealer to the aftermarket tuner might find there is no need for modification. As is, the 760i has the appearance and the feel of a car that already has been massaged by an expert. Drivers might debate the merits of the gadgetry that abounds in 7 Series models—iDrive is only the beginning in the 760i—but operating the various systems becomes second nature with practice.  —Christian Gulliksen

The Mercedes-Benz S65 AMG ($170,000) is not a swan song for the outgoing S-Class; it is a swan opera. With its 612 hp bi-turbo V-12, the German four-door delivers Wagnerian levels of performance. Provided you can get its 19-inch tires to hook up properly, the impeccably tailored luxury sedan blasts from zero to 60 mph in just 4.4 seconds.

The S65’s in-gear acceleration, the charge from any speed to any other speed, is also incredible—unless you can imagine what unleashing 738 ft lbs of torque at 2,000 rpm can do to your neck muscles and your sense of spatial awareness. In fact, the S65, like its SL65 and CL65 counterparts, serves up more twist than any other supercar.

That Chrysler’s 300C has made fans of auto enthusiasts is no wonder; the big sedan’s stunning design may be the most attractive, yet unique, to come from an American manufacturer in decades. Offering it with Chrysler’s iconic Hemi V-8 is icing on the cake, and as they say at seder dinner, “That would have been enough.” But the Chrysler 300C SRT8 ($39,000) takes an already capable four-door and adds enhancements such as beefier suspension and larger wheels, and increases displacement, from 5.7 to 6.1 liters, to put the car in the same performance league as some much costlier competition.

While the SRT-8 is built to a price, it need make no apologies. The 425 hp engine packs a wallop, and the comfortable ride and handling, more akin to a Bentley Arnage than a Maserati Quattroporte, are perfect for daily drives and road trips. The new ultimate sedan from Chrysler proves that style, performance, and quality all can be had without having to fire the accountants.  —Robert Ross