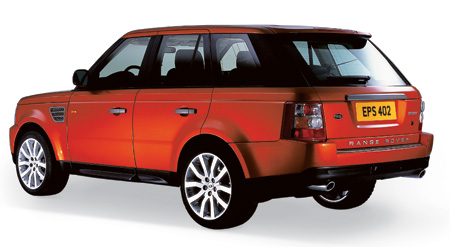 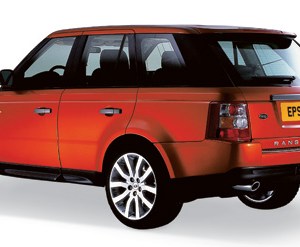 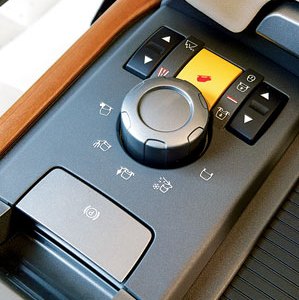 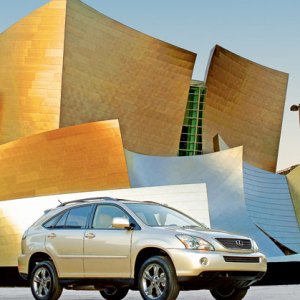 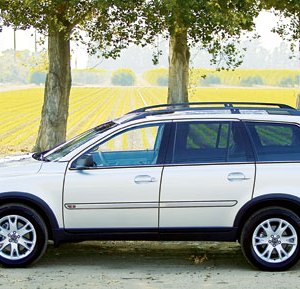 Land Rover most certainly put the U in SUV; since 1948 its ridge riders

have labored as beasts of many burdens for the world’s militaries, dairy farmers, lords of manors, Colombian drug wholesalers and the law enforcers who pursue them, alpine rescuers, safari guides, jungle explorers, and pipeline inspectors.

However, Land Rover never has been able to honor the S in SUV. Its luxury versions typically featured power that was insufficient, weight that was excessive, and handling reminiscent of the float, pitch, and roll of a canoe. But then a three-story truck rarely handles like a sports car.

The 2006 Range Rover Sport (starting at $56,750), which is just now arriving at U.S. dealerships, addresses all of these past deficiencies. The off-road handling remains an industry standard, and the on-road performance is designed to match and maybe even surpass that of BMW’s X5, Porsche’s Cayenne Turbo, and any member of Mercedes’ M-Class that has been tickled by AMG.

A new slope and stance in the styling distinguishes the Range Rover Sport from its showroom neighbors: the long-adored, 34-year-old Range Rover and the brand-new but blocky and hefty LR3 (which weighs 450 pounds more than the Sport). The Sport’s power is extraordinary, with a supercharger that blows and sucks 390 hp (and 410 ft lbs of torque) from a 4.2-liter V-8, the same engine found in the Jaguar XJ and XK8. It produces a top speed of 140 mph and a zero-to-60 mph time that is said to be about six seconds.

This is the first Land Rover to have spent time in Pininfarina’s wind tunnel in Italy while aerodynamicists adjusted the silhouette and the protuberances. Hence the Sport’s primary identifying marks are a steeper slope to the rear, a well-raked windshield, a slight tilt to the grille, and softer rounds at both ends of the vehicle. It also is lower, shorter, and narrower than the flagship Range Rover, all of which only helps the interstate maneuvering. And just to be sure that the Sport lives up to its athletic looks, it was pushed to its power and handling limits during thousands of miles of testing at Germany’s Nürburgring circuit.

Like previous Land Rovers, the Sport is equipped with permanent all-wheel drive, a five-position system for adjusting clearance levels to match the terrain, and all the customary traction and braking controls. But the 6-speed ZF automatic transmission is a first for Land Rover.

No longer a barn with benches, the interior—adorned with leather, wood, and brushed aluminum—is as fresh and surprising as the exterior. The front seats are actually cozy and supportive. The Sport offers an experience more akin to traveling in a luxury car than a premium truck, which could never before be said of a Land Rover.  —Paul Dean

Drive the Lexus RX 400h ($49,000), an environmentally friendlier luxury SUV, and you might disagree with the assertion that it isn’t easy being green. The gasoline-electric hybrid is 70 percent more fuel efficient (31 mpg) in city driving and a half second quicker (7.3 seconds) from zero to 60 mph than the best-selling RX 330 on which it is based. Despite weighing 300 pounds more, the 400h also handles markedly better than its gasoline-powered sibling because of its Vehicle Dynamics Integrated Management (VDIM) motion control system, which coordinates the braking, steering, stability control, and traction control.

The hybrid powertrain, consisting of the 3.3-liter V-6 from the RX 330 and three motor generators, produces 268 hp. Electricity powers the all-wheel drive, steering, and air-conditioning. Best of all for those not inclined to donning Birkenstocks and tie-dyed T-shirts, Lexus has styled the 400h to suit the luxury SUV driver’s tastes.  —Patrick C. Paternie

Volvo arrived late to the SUV party, but it brought a great gift: safety. The XC series’ electronic rollover protection, robust construction, ubiquitous airbags, and carlike handling prompted America’s crash-conscious soccer moms to embrace the Swedish soft-roader as though it were a long-lost cuddly toy.

However, the XC’s turbocharged powerplants left it velocity challenged—especially when compared to the BMW X5. Volvo therefore found a 4.4-liter V-8 that would fit sideways under the XC’s hood and transformed a prosaic but worthy SUV into a serious player.

Although the thrust produced by the 311 hp, Yamaha-sourced engine would not worry an Infiniti FX45, the Volvo XC90 V8 ($45,000) has enough grunt to render acceleration a nonissue. Drivers can kick back, relax, and enjoy the SUV’s luxurious (if minimalist) accommodations and peerless ergonomics. Because it remains true to its core brand values while satisfying America’s need for speed, the XC90 V8 is both trustworthy and satisfying.  —Robert Farago

The Land Rover LR3 (from about $45,000)—a splendid replacement for the aged Discovery and equipped with a 300 hp 4.4-liter V-8, quick steering, and a composed ride—comes within striking distance of the refinement associated with a Range Rover. With the LR3, Land Rover has introduced its Terrain Response system, a technical marvel that adjusts elements such as shift points and traction control to suit a variety of surface conditions ranging from ice to sand to rock.

The interior design is equally versatile. Family-friendly touches include a cooler for beverages beneath the front seats’ armrest and a copious volume of cup holders, including those shaped for water bottles. A third row of seats proves remarkably comfortable, even for tall adults—Land Rover engineers reconfigured the rear axle specifically for this purpose—and both rows of rear seats fold flat to provide a vast cargo space. Plenty of sunroofs ensure that the tall cabin feels airy.  —Christian Gulliksen