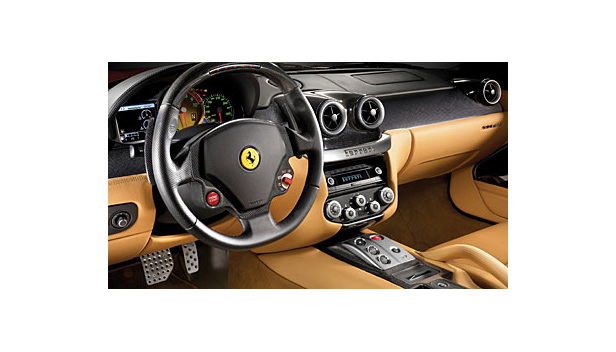 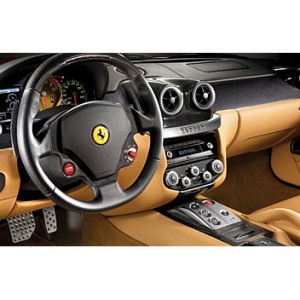 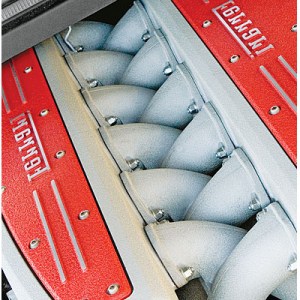 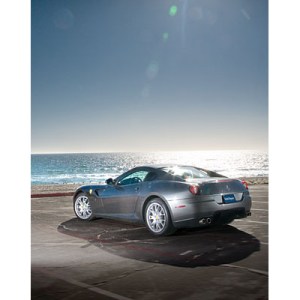 Turn the key of the Ferrari 599 GTB Fiorano, then press the red starter button on the steering wheel, and something magical—and mechanical—happens as 12 cylinders spring to life: The engine’s intake sounds are routed to the cabin while its exhaust noises are muted; Ferrari calls the system “design to sound.” Acoustical engineering is usually not a noteworthy automotive achievement; however, the Fiorano speaks intentionally—and directly—to its driver, as if an Italian opera singer were stuffed under the hood. You have to hear it to believe it.

Alas, with Robb Report’s annual Car of the Year competition, you have to be in it to win it. In 2006, a Rosso Corso red F430 Spider claimed the award. Ferrari might well have won it two years running (a feat accomplished only by Mercedes-Benz, with its back-to-back victories for the SL500 and SL55 AMG in 2002 and 2003), but the company did not deliver a 599 GTB Fiorano in time to participate in our most recent contest (which we covered in the February issue).

Affirming any number of clichés—better late than never, good things come to those who wait—the gran turismo berlinetta Fiorano establishes a new standard in the GT class, not only for its sound, but also for its unique harmony of sporting and touring attributes.

Speed junkies need look no further than the Fiorano for their fix. Revving the engine to its 8,400 rpm limit puts you en route to 62 mph in 3.7 seconds. The V-12 (derived from the Ferrari Enzo supercar) produces 612 hp and 448 ft lbs of torque, enough to move the 3,722-pound coupe to its 205 mph top speed with a quickness that might surprise even Michael Schumacher. Switch the manettino from sport to race mode, and with the help of the car’s Formula One–derived traction control system, a good driver can lap Ferrari’s Fiorano circuit within a second of the maestro’s best time.

Nonracers also will appreciate the 599’s versatility. Adaptive dampers, a compliant chassis, and the choice of manual or an even quicker paddle-shifted F/1 automatic transmission combine to create a high-performance track car that also can serve as a daily commuter. The 599’s swooping curves have been drawn by the hands of styling gods—the designers at Pininfarina, who must be descendants of Michelangelo, or Bernoulli. The flying buttresses attached to the C-pillars create enough downforce on the wingless trunk to keep the car steady and planted at extralegal velocities.

Add options—such as carbon-ceramic brakes, 20-inch wheels, and an iPod connector—and the Fiorano’s $260,000 base price can climb as quickly as the car accelerates. But for those in search of the best GT in the world, a lack of patience might be a greater deterrent than the Fiorano’s price. The waiting list to acquire a 599 is three years’ long, and growing with every accolade.