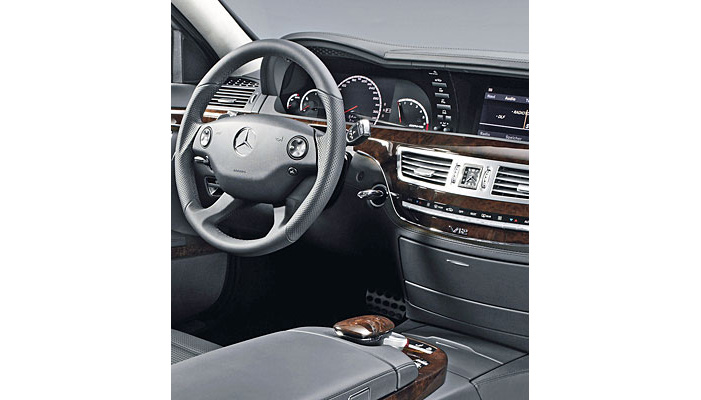 Since its introduction in 1956 as the company’s huge, luxurious, and unexpectedly fast flagship, the Mercedes-Benz S-Class has ranked high—some say highest—on lists of the best means of motoring. Among this year’s sedans, the 2007 S65 AMG stands at the top of our list.

The car’s V-12 is better than any engine of a dozen cylinders not built in Italy. It produces 604 hp and an extraordinary 738 ft lbs of torque. That is enough power to propel this 2.5-ton four-door from rest to 60 mph in 4.2 seconds—an acceleration rate that would be a source of pride for any sports car maker. The S65’s top speed certainly would exceed 200 mph if its electronic governor were voted out of office.

The car is a $183,000 dose of brute force and ferocious pace that drives more smoothly than a stretch limo. It is perfectly responsive and utterly safe at any speed, thanks to the way in which AMG, Mercedes’ in-house high-performance division, has reworked the chassis and suspension of the S550, the stock model upon which the S65 is based.

AMG also reconfigured the S550 grille and reshaped the air dam, giving the front end a voracious appearance. The 20-inch wheels fill their wells perfectly and complement the visual heft of the car. Four chromed exhaust tips peer from just beneath the rear bumper, and the V-12 and AMG logos on both front fenders discreetly confirm that this is not an ordinary S-Class, if there is such a thing as an ordinary S-Class.