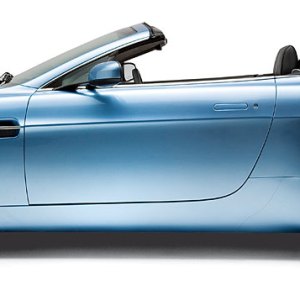 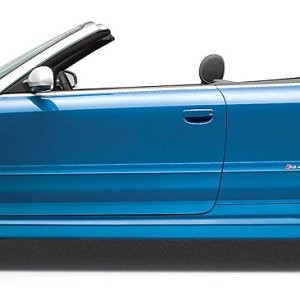 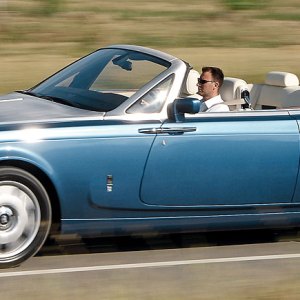 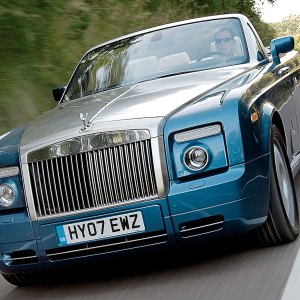 When Sean Connery tore up a few European switchbacks in a DB5 in 1964’s Goldfinger, the Aston Martin brand became synonymous with style. This is as true today as it was four decades ago, now that the current fare, including the Aston Martin V8 Vantage Roadster (www.astonmartin.com), has banished the images of the marque’s lumbering models from the 1980s. With its squinting headlights, hidden door handles, and wind-defying side mirrors, the Roadster displays offbeat elegance. This motif extends to the instrument panel, where the speedometer and tach needles race toward each other from opposite directions instead of making mirror sweeps north.

Employing a traditional front-engine, rear-drive design, the $126,400 Roadster packs a 4.3-liter engine that produces 380 hp and scoots from zero to 60 mph in 4.9 seconds. Its pace is not blistering, but this vehicle is intended as a means of transportation, not as a racecar. In coupe form, the rakish Vantage might leave folks wondering who the car’s debonair driver is. In the convertible, you happily surrender your secret identity. —M.R.D.C.

It takes only 4.8 seconds for the two-door convertible iteration of Audi’s athletic, all-wheel-drive RS 4 sport sedan—otherwise known as the Audi RS 4 Cabriolet (www.audiusa.com)—to accelerate from zero to 60 mph. That makes this sporty little number even quicker than the rear-wheel-drive V8 Vantage Roadster. Although the $82,000 RS 4 Cabrio outweighs the Aston Martin by nearly 500 pounds, it is blessed with the same powerful V-8 engine found in the R8 sports car, which generates 420 hp (40 more horsepower than Aston’s V-8).

Compared to the R8, however, the RS 4 Cabriolet lacks sex appeal. While Astons, Jaguars, and Porsches—and the R8—are designed for extroverts, the RS 4’s lines are so purposeful that they render the car anonymous to anyone other than Audi aficionados. But even those folks will still have a hard time spotting an RS 4 on the road, because only 300 are bound for the United States. —Gregory Anderson

The Rolls-Royce Phantom Drophead Coupé (www.rolls-roycemotorcars.com) is trying to pull a fast one. It is not a car; it is a boat masquerading as a car. How else to explain the vehicle’s yachtlike length (more than 18 feet), appointments (leather, teak, and textiles inspired by 1930s America’s Cup champs), and demeanor (a 6.7-liter V-12 that is as quiet as a Prius)? Even the vehicle’s thin-rimmed steering wheel spins with the ease of a sailboat’s.

Inside the $423,000 Drophead are a herd’s worth of leather, drawing room–worthy carpeting, and a stereo system that could have you believing Frank Sinatra has come back from the dead and is sitting and singing in the passenger seat.

This car has mass and BMW-pumped muscle; with its 453 hp, the nearly 6,000-pound behemoth can hustle from zero to 60 mph in 5.6 seconds. But the true appeal of the Drophead Coupé is its ability to help you glide through life in unhurried splendor. —M.R.D.C.