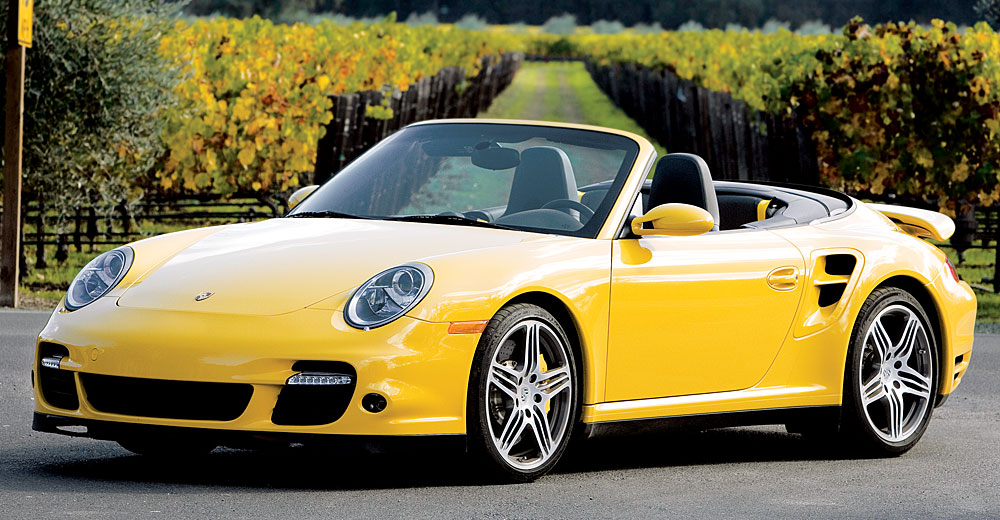 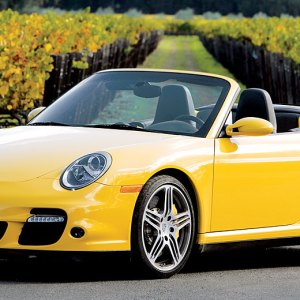 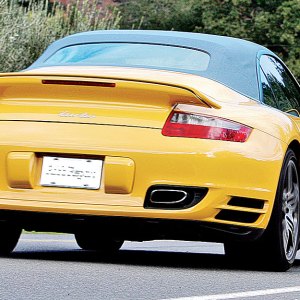 If removing the roof of a car increases your daily vitamin D intake, it usually does so at the cost of performance.

However, the latest iteration of the 911 Turbo Cabriolet does not force you to make that compromise. It cedes virtually no ground to its coupe cousin, running the same 3.6-liter, 480 hp beast of a turbocharged flat-six under the back deck lid. The $137,000 Cabriolet is a mere 150 pounds heavier, because of the cloth top’s machinery, so it will take you a wee bit longer than the coupe’s 3.4 seconds to hit 60 mph. But when the wind is in your hair, who’s really counting?

Technology has played a primary role in helping this model evolve from its former incarnation as a temperamental thrill ride to a rock-steady steed. Four-wheel drive, stability management, and optional ceramic disc brakes collaborate to keep the driver fully in command. Porsche’s Tiptronic system is available, but the silky 6-speed manual tends to be best for stirring the car’s soul.

The only arrows aimed at this gem are charges that, to borrow from the Talking Heads classic, it’s the same as it ever was. True enough. The ready-to-pounce 911 silhouette, first sketched in the mid-1960s, has changed little over the decades, but the design is as classic as the Coke bottle’s.

Porsche has refined the 911 continually, resulting in an unimpeachable build quality. The thunk of the doors and the flawless leather that lines the entire cabin are among the features suggesting that the Turbo Cab will outlast almost any car in your collection. The only thing this descendant of Le Mans victors requests in return is that you don’t treat it like a garage queen.