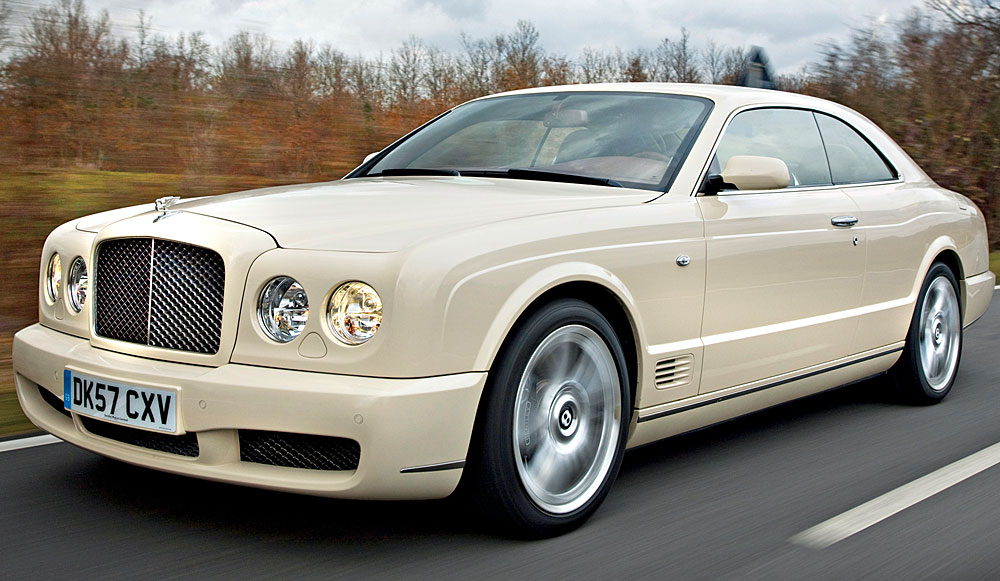 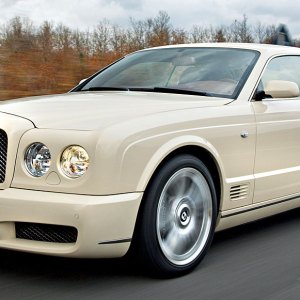 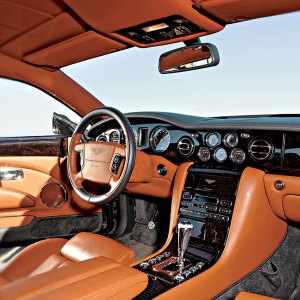 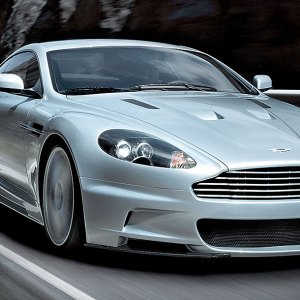 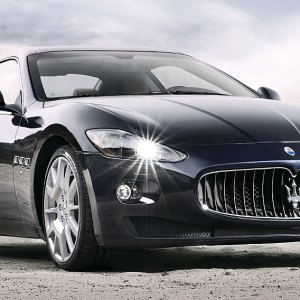 Huge and heavy, and about as green as offshore drilling, the $341,000 Bentley Brooklands (www.bentleymotors.com) is nothing that any car should be these days. Yet producing three-ton vehicles capable of triple-digit speeds has long been the Bentley way. Size is a form of majesty, and power—in this case, twin turbochargers persuading a vintage V-8 to produce 523 hp and a monstrous 774 ft lbs—is a way of overcoming weight.

The Brooklands represents one of the world’s most endangered species: the ultra-luxurious, extravagantly priced, royally appointed automobile fit for a queen—as in Queen Elizabeth II, who took delivery of a one-off Bentley State Limousine a few years ago.

A creature made visually lower and quite beautiful by its severely raked rear and windshield, the Brooklands coupe borrows a platform and many parts from the Bentley Arnage (sedan) and Azure (convertible). At rest, it is imposing. In motion, it is an adventure in extraordinary acceleration and a display of surprising balance at insane speeds. —Paul Dean

A finely schooled, thoroughly dignified automobile such as the Aston Martin DBS (www.astonmartin.com) might be wasted on a womanizing, licensed-to-kill, vodka-swilling British civil servant. This latest Aston goes way beyond Bond as a true sophisticate, and it is a beautiful bridge between the two-plus-one DB9 road car and the DBR9 racecar that has acquitted itself well at Le Mans, Sebring, and wherever GT cars go racing for days and nights at a time.

A two-seat, $265,000 super coupe, the DBS is powered by a handmade V-12 similar to the one that powers the Vanquish it succeeds. The lightly bored-out, 6-liter version in the DBS produces 503 hp and 420 ft lbs of torque. A bonded-aluminum chassis and extensive use of magnesium and carbon-fiber paneling make the car virtually steel-free, keep the weight to 3,737 pounds, and create a light middleweight capable of some respectable numbers. The DBS dashes from rest to 60 mph in 4.2 seconds, and will reach the end of its leash at 191 mph.

With huge carbon ceramic brakes, adaptive adjustment of the car’s ride and handling, and a shape highlighted by winglets, air scoops, and diffusers, the DBS clearly evokes Aston Martin’s racing heritage. By contrast, the interior—with its Alcantara and leather, aluminum milling and trim, and sport seats allowing comfortable body positioning—tags the DBS as a vehicle for all-day, high-speed, transcontinental touring. The car’s duality is uncommon and impressive. —P.D.

It is difficult to imagine that not 10 years ago, Maserati was considered something of a pariah in America because of the company’s association with the troubled Biturbo and Chrysler TC.

Those missteps are long since forgiven and practically forgotten, and the trident emblem is once again an object of desire. This year, the scandalously pretty Maserati GranTurismo coupe (www.maseratiamerica.com) has joined the Quattroporte sedan in dealer showrooms. Blessed with the four-door’s 405 hp V-8, the $110,000 GranTurismo has plenty of Ferrari-supplied brawn to accompany its striking, Pininfarina-rendered beauty.

Personalization remains a Maserati hallmark, and the GranTurismo presents the buyer with a multitude of possible color combinations, encompassing paint and upholstery, brake calipers and seatbelts. This is not a baby Ferrari; it is far too genteel and long-legged to bear that label. It is, however, just as special: Like the A6 1500 Coupé from 1947, the model that inspired the GranTurismo’s design, this is a genuine Maserati. —M.P.