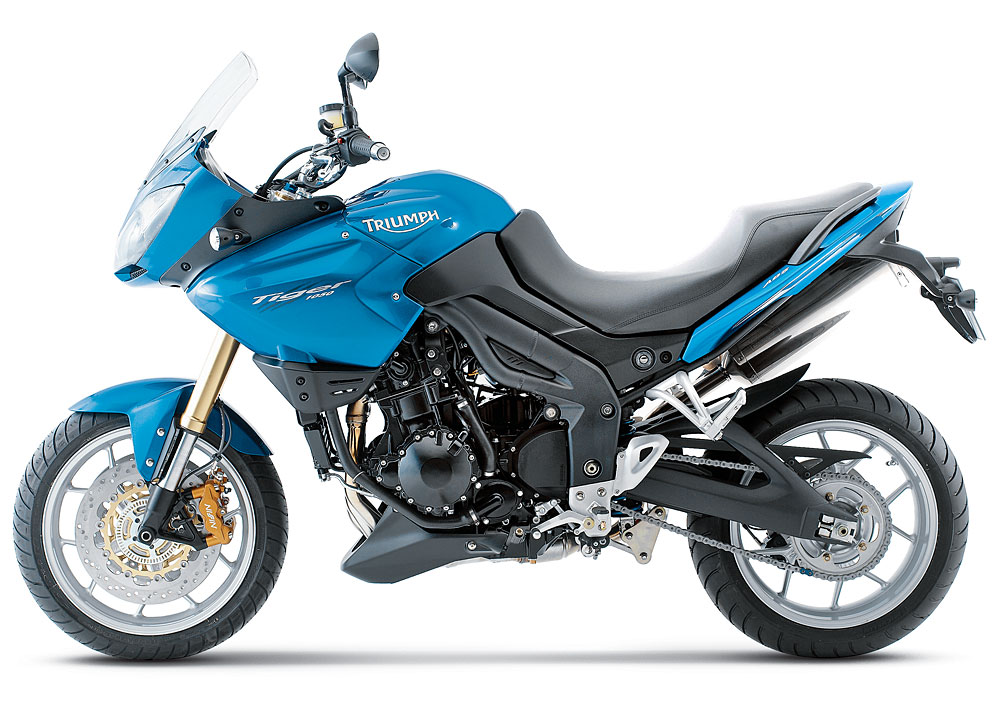 A street-only adventure motorcycle, the $11,000 Triumph Tiger 1050 is an intoxicating blend of tourer and street fighter. Not coincidentally, the Tiger shares its spectacular triple-cylinder motor—precisely retuned for its torque-demanding application—with the Triumph Sprint ST sport-touring bike and Speed Triple back-alley brawler. The Tiger’s tall perch presents to the rider a panoramic view of his surroundings, and the ?wide handlebars facilitate manhandling of the feline in conditions ranging from ostensibly paved back roads to pothole-filled urban wastelands. A 6-speed transmission assures the motor a spot in the meat ?of its power band, no matter what ?the conditions.

A tidy fairing protects the rider ?from direct wind assaults, but he is not totally immune to the elements. The saddlebags (hard or soft are at your disposal) can supply a week’s two-up outing, then be easily removed when the terminus of your next ride ?is simply your downtown corner office. ?Long-inseamed riders will especially appreciate the generous ergonomics of the Tiger, which is properly balanced to retain its composure at stoplights despite its tall seat. The Tiger is a ?jack-of-all-trades that confidently plays the trump card wherever it stalks.