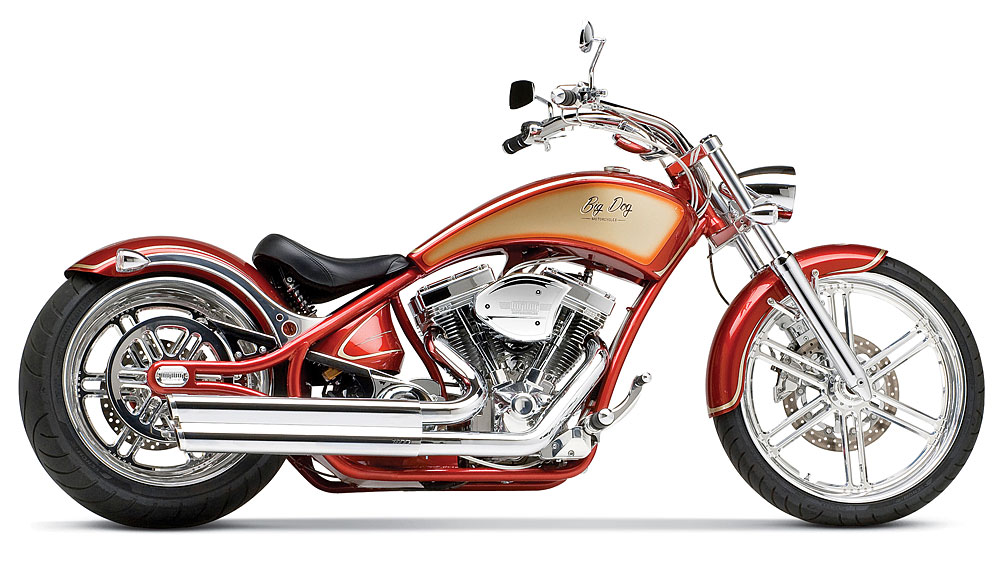 There is a constant battle of sensibilities when creating a custom motorcycle. Appearance considerations are pitted against practical riding concerns, and each builder makes his own determinations. Big Dog Motorcycles straddles the line between the pure custom builder and the mass-produced cruisers with its S&S-powered, canine-inspired lineup.

The newest addition to the pack is the latest iteration of the Pitbull ($27,500), now recast with a neo-retro design based on nostalgic boardtrack racers. The bike’s short front and low neck give it the inviting appearance of a vintage racer imbued with a modern perspective.

Riding a rigid-frame motorcycle demands a commitment from its owner, who must desire a personal connection with the open road—feeling it in his very skeleton, rather than having the experience diminished with a rear suspension. Despite its oversized 280-?series rear tire, with 33 degrees of rake, the Pitbull handles surprisingly well, and ?a sensible riding position and twin-shock seat make daily chiropractic treatments unnecessary without diluting the visceral encounter.

Not a bike for the shy and unassuming, the charismatic Pitbull demands attention wherever it runs. Intimidated people will step back immediately, not sure of their safety in close proximity, but eventually everyone is drawn to its beastly beauty.