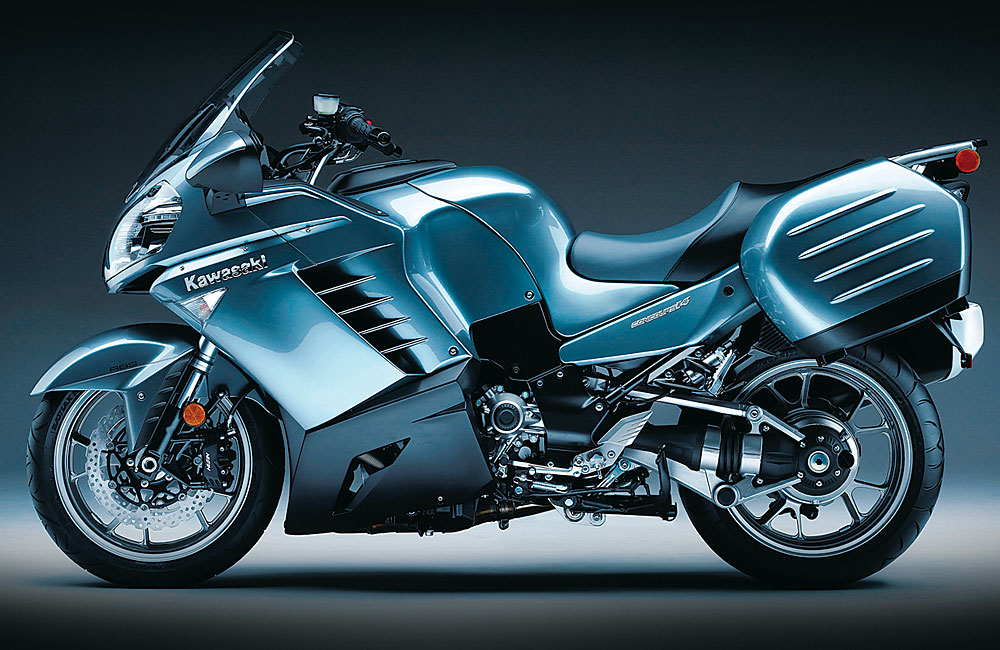 It may be something of an understatement when Kawasaki describes its all-new sport-touring machine, the Concours 14, as a “Transcontinental Supersport.” Able to reach near-hypersonic speeds, thanks to a motor based on the Ninja ZX-14’s powerplant, the motorcycle feels as if it is designed to circumnavigate the globe—?quickly. Were it able to avoid the ?inconveniences of fuel stops, congestion, and law enforcement, the Concours could traverse the Christopher Columbus Transcontinental Highway from Santa Monica to Jacksonville in fewer than 20 hours. At the end of the sprint, radially mounted front brakes and ABS (on the $13,799 model) do their duty flawlessly.

This is not to imply that the Concours 14 is simply a one-trick, straight-line pony. As one would expect from a touring mount, the Concours is exceptionally comfortable, but it also excels in handling. Despite the bulk required for proper touring accoutrements, the Concours conducts itself on even the most challenging back roads with aplomb. The suspension deftly walks the tightrope between luxury and performance, successfully delivering both attributes effectively. Styling on the Concours radiates accomplishment, with aerodynamics ruling the day from the headlights to the nicely integrated detachable saddlebags. Shaft drive enhances reliability and reduces maintenance, and an advanced keyless ignition simplifies and secures the ownership experience.